Time women got 33% quota for seats in Houses

Making women count in the political agenda is a singular achievement of the ECI. However, India has a disappointing record when it comes to women’s representation in Parliament. According to Inter-Parliamentary Union, in 2019, India ranked 148th in the world, with only 62 women MPs in the Lower House, based on the 2014 elections. In the 17th Lok Sabha, the number saw a significant increase to 78, which still is a mere 14.31 per cent of the total strength of the present LS. 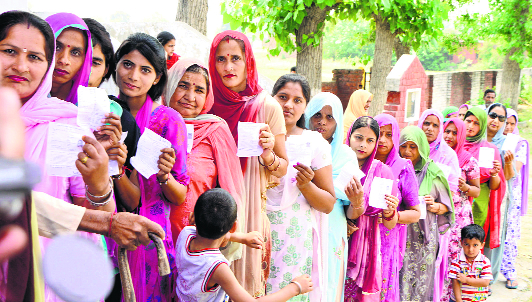 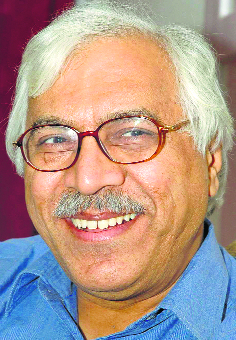 Mother India has offered us strong female freedom fighters like Sarojini Naidu, Sucheta Kripalani, Aruna Asaf Ali, Durgabai Deshmukh and Savitri Phule, who not only defied the notorious patriarchal norms but also blazed a trail of women’s empowerment. Unfortunately, in post-Independence India, women slipped to a secondary status where women leaders can be counted on the fingers of one hand — Indira Gandhi, Mayawati, Mamata Banerjee, Jayalalithaa. Not just the leaders, women continued to remain the ‘unwanted’ and the neglected sex.

While some prevailing cultural and traditional practices depict this glaring reality, it is the numbers that precisely capture such assertions. For example, India’s gender ratio has continued to be low. Currently, 940 females per 1,000 males, the lowest in South Asia countries, lagging behind Sri Lanka (1,034), Nepal (1,014), Bangladesh (978) and Pakistan (943). This is largely because of our traditional bias against the girl child.

It is true that the literacy rate, in general, has registered a substantial increase since Independence, but the female literacy rate (65.5 per cent) still remains 16.6 per cent less than the male literacy rate (82.1 per cent). In these circumstances, women’s low participation in the electoral process is not surprising. In all the indexes on democracy worldwide, India continues to be rated low.

The Freedom in the World 2020 report graded India with just 2/4 on various sections’full political rights and electoral opportunities. The Perception of Electoral Integrity Index gave India 40/100, under the Varieties of Democracy’s Female Rights Index, with India performing its lowest in political power. In the EIU’s Democracy Index (2019), India suffered a downfall in political participation from 7.22 to 6.67.

But all of them acknowledge the tremendous effort India has put in reducing the gender gap in voter turnout. In 1962, the country hosted only 46.6 per cent women at the polling station — a 16.71 per cent gender gap. Cut to the 2019 General Elections, the female voter turnout has caught up with the male voter turnout and how — the gender gap has reduced to a mere 0.1 per cent. Kudos to the efforts of the Election Commission of India (ECI) for this remarkable achievement.

So, what has changed over these years? Did women initially not want to participate in what is the largest festival of democracy? Not really. The reason lay in the patriarchal set-up of our society. Then, gender-specific hurdles like lack of security and the absence of toilet facilities at polling stations discouraged them from coming out to vote.

The ECI worked hard to address this issue. It started with making gender ratio in the electoral roll as its routine scrutiny. It found that in many states, the number of registered female voters was less than 800 or even less against 1,000 male voters. Vigorous efforts were made to trace all these missing women and enroll them with tremendous success. Today, the gender ratio in electoral rolls stands at 958 against the national gender ratio of 940.

The next step was to address their turnout at the polling booths. It conducted studies to diagnose what was holding them back. Ensuring a complete security of the poll process and the provision of the essential facility of toilets were considered critical needs.

The EC launched a voter education programme at the ground level with help from folk singers like Sharda Sinha in Bihar and Malini Awasthi in Uttar Pradesh. The initiative was instantly rewarded with a female voter turnout of 54.85 per cent in the Bihar state elections in 2010, surpassing the male voter turnout by 4.08 per cent! This was also facilitated with infrastructural improvements at the polling stations, like separate queues for women, a mandatory woman polling official to identify female voters without violating their right to privacy, among many more. One interesting technique the ECI tried in 2012 in UP was to allow two women in the queue to proceed to vote for every male voter which led to a whopping 45 per cent increase in women’s turnout.

The outcome of this targeted approach is so magnificent that women now outnumber men in voter turnout — as was seen in the 17th Lok Sabha election wherein 16 states/UT recorded higher women voter percentages than men, despite an adverse gender ratio.

Because of the ECI’s commitment to gender equality, they have become a predominant ‘vote bank’. Every political party’s campaigns and policies now seek to address the needs and demands of the women, be it the BJP’s Swachh Bharat Abhiyan, AAP’s free bus travel for women or the JDU’s alcohol ban and bicycles to schoolgirls in Bihar. This transformative plan has also worked in favour of the parties. For example, in the recent Delhi elections, according to the Lokniti-CSDS poll-eve survey, the second landslide victory of AAP could be attributed to women’s support to the party. The survey says 60 per cent women preferred AAP as compared to 49 per cent men!

Making women count in the political agenda is a singular achievement of the ECI. However, one field where the ECI is helpless and also lacks jurisdiction is the participation of women as candidates. India has a very disappointing track record when it comes to women representation in Parliament despite the fact that it is one of the few nations which has had a female PM and President.

According to Inter-Parliamentary Union, in 2019, India ranked 148th in the world, with only 62 women MPs in the Lower House of Parliament based on the 2014 elections. In the 17th Lok

Sabha, the number witnessed a significant increase to 78, which still forms a mere 14.31 per cent of the total strength of the present Lok Sabha! An analysis by the ADR of women candidates fielded by the national parties shows that only the TMC gave 43 per cent of its tickets to women and the BJD had 33 per cent of women candidates. The winnability of women also stood proved, belying the main excuse of the political parties to deny women the tickets.

The situation in the Vidhan Sabhas is worse. This is surprising given that 50 per cent reservation for women by most states has thrown up a large leadership base. There are around 13.45 lakh elected women representatives in panchayati raj institutions (PRIs) which constitute 46.14 per cent of the total elected representatives. Today, 14 states have 50-58 per cent representation of women in the PRIs. Jharkhand leads with 58 per cent, closely followed by Rajasthan and Uttarakhand. Uttar Pradesh has the highest number of women sarpanches at 19,992, though only 34 per cent of the total sarpanches.

It is time that legislators put aside their excuse of the need to build ‘consensus’ on the Women’s Reservation Bill, which seeks to reserve 33 per cent of the seats for women in the Lower House of Parliament and the state legislative assemblies, and passed it in Parliament.

The path to its passage has never been clearer, given the massive majority with which the BJP has come back to power.