To be or knot to be 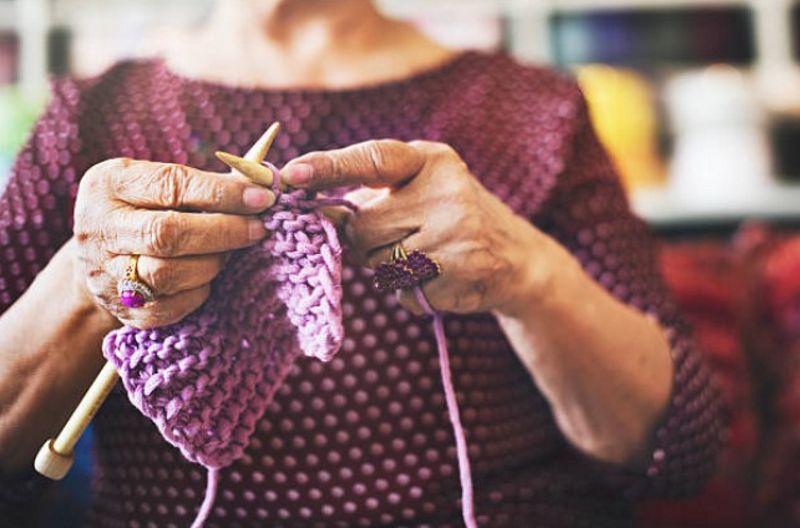 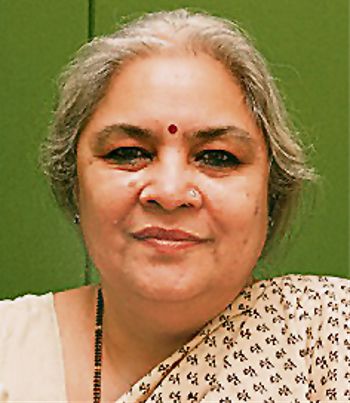 I have reached a stage when all that happened in the past appears infinitely more attractive than what is happening now. This is the first sign of dotage and I recall with shame and regret how we made fun of our grandmothers and mothers when they harked back to the idyllic time they had when young. The other day, when clearing out old woollies for giving away those that still had some warmth left, I came across some old hand-knitted jumpers and cardigans that someone had once made. This set me thinking to a time when come every winter, we sat with knitting needles, crochets and wool to knit woollies for the family. Among these were often old sweaters unwound and washed to be recycled into tea cosies and socks. In Punjab, the women were accomplished in these arts and laughed at us who struggled with knitting patterns and instructions. They could copy any design and produce enviable things in no time.

Those days, I used to gather together old issues of ‘Woman and Home’ (inherited from mum-in-law) and ‘Woman’s Weeklies’ (renowned for their knitting patterns and recipes) and share them with my neighbours. We swapped patterns and exchanged woollies to clothe growing children and regularly went to Ludhiana to buy yarns of wool that we made into manageable balls for knitting. I have delightful memories of the gossip that went along with the hot tea and snacks that were an essential part of these sessions.

And then, as we discovered ready-made winter wear and our children sniffed at our homely woollen offerings, citing friends whose posh parents bought designer wear from abroad, we gradually gave up. Today, I doubt if there is anyone who still knits socks at home. Why bother when, at the click of a button, you can order really good bargains? However, I intend to start all over again. If I had my granddaughters nearby, I would have surely taught them the intricacies of stocking stitch, moss stitch, raglan sleeves and neat knitting. Sadly, they are oceans away and may never know what a knitting needle looks like, since they live in cities where it never gets cold.

Another lost art is needlework. In the convent where I studied as a young girl, the German nuns were accomplished at exquisite needle work. We were rapped on the knuckles if we made knots to start and Mother Lucy would pull our plaits if the back was a jumble of ugly strands. Hemming, embroidery and darning — these were considered necessary arts for young girls to learn. Today, with the militant movement against ‘gendering’, these may come across as perpetuating patriarchal stereotypes but shame on those who cannot sew a button or repair a hole without running to the local tailor for help. Every girl was given a sewing machine when she got married, and in our time, these were still the old hand-or foot-driven ones. How those days have vanished! I have a marvellous book on needlecraft that my grandmother bequeathed to me so that I could knit and sew for my family. Its handsome leather-bound cover has the lettering tooled in gold and is now a museum piece but as I turn its yellowing leaves, I swear I can smell her special perfume.

Enough nostalgia. Let’s come now to the present. In the hurly-burly that is now a bubbling pot of rival political parties and competing candidates in Punjab, I was delighted to see that the present Chief Minister has chosen Chamkaur Sahib as his constituency. Decades ago, when my husband was posted as SDM Samrala, Khanna, Chamkaur Sahib and Machchiwara were part of his beat. I can recall several picnic outings in a rattling old jeep when I accompanied him with our baby son to spend time in Chamkaur Sahib’s beautiful Rest House where he held court. The roof used to fascinate us: it was an inverted dome made of terracotta and so cool in summer that you didn’t need a fan. In any case, each summer, Punjab had punishing power cuts that went on and on and the ‘jimidars’ would come to complain about how the local petrol stations were hoarding the diesel they needed to run their tubewells. Among them was a certain Rajewalji who was then a young left-leaning activist as well. Mr Channi was probably a baby in the arms then. Samrala was the birthplace of the legendary writer Manto we discovered when his centenary was celebrated a few years ago.

I am sure we had a karmic connection with that area for when we first came to Delhi, I started work as a part-time sub-editor in the Indian Express. Parking in that area was a problem, so I used to leave my car across the road under a shady tree. Nearby was a taxi stand, called Machchiwara Taxis, where a bunch of Sikh drivers sat on a charpoy, waiting for clients. Afraid that my car would be towed away, I hesitantly asked them in my broken Punjabi, whether they would look after it, adding that I have been to Machchiwara. It was as if a bond grew suddenly between us.

‘Jao, behenji,’ they assured me. ‘Assi ithe kisi nu nahin aan diange.’ Not only did they stand guard after that, every day they dusted and cleaned the car as a bonus for a fellow villager.