Trial in absentia can help the cause of justice

In Delhi alone, there are more than 26,000 proclaimed offenders, and the figures for the country could run into millions. These are persons who remain at large either from the investigation stage or after grant of bail. The measures to compel their appearance — like warrant, arrest or attachment of property — largely remain a failure. The cases are stalled as the law requires the presence of the offender to complete the trial. 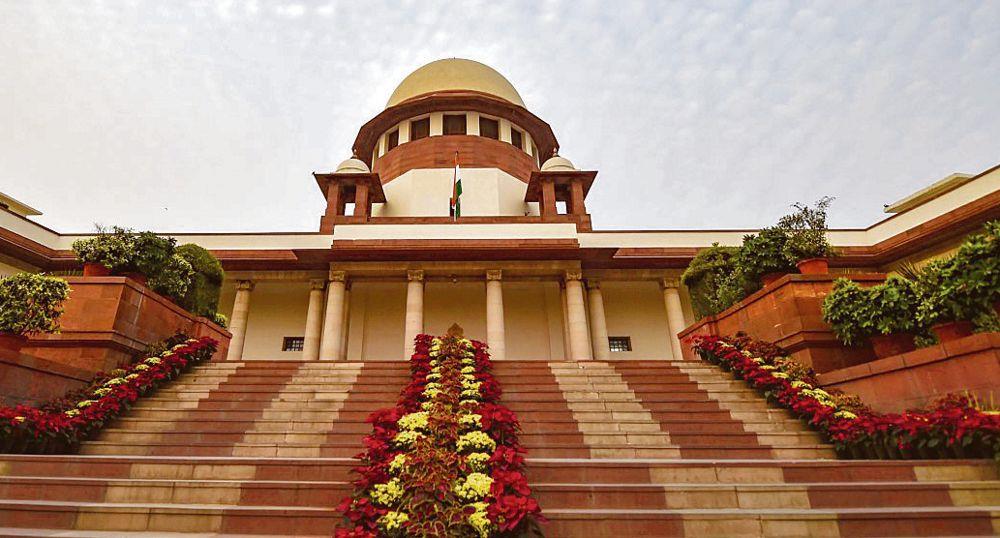 Plugging gaps: Justice should be delivered by preventing misuse of law. File photo

Trial in absentia (TIA) evokes sharp reactions in a constitutional system devoted to the principles of natural justice as the accused has an indispensable right to counter the evidence and defend himself in an open court. However, in the recent past, many countries have amended their laws to introduce this provision in the interest of justice. Fresh discussions are on in India too to determine whether we are ready for TIA or not. We need to understand the context: In Delhi alone, there are more than 26,000 proclaimed offenders, and the figures for the country could run into millions. These are persons who remain at large either from the investigation stage or after grant of bail. The measures to compel their appearance — like warrant, arrest or attachment of property — largely remain a failure. Two consequences emerge from this situation: one, justice is denied to the victims and two, potential offenders remain at large to undermine the security in society. The cases are stalled as the law requires the presence of the offender to complete the tsrial.

The crucial question is whether a trial in the absence of the accused can be conducted in a situation where the accused has wilfully chosen to be absent and surrendered his right to be present at the trial. Arguably, if brought in with robust safeguards, TIA can be a powerful solution in the interest of justice and have several commensurate benefits. First, TIA provisions can help provide a general sense of justice to victims of crime who are often left without any recourse, upon the absconsion of the accused. Secondly, such provisions can catalyse the realisation of the right to a speedy trial for the victims as well as the co-accused. Thirdly, TIA provisions can help give teeth to the processes compelling the appearance of an accused. Currently, the absconding accused are aware that there are very few consequences of non-appearance, if any at all. The possibility of TIA can very well make the option of absconsion less attractive to such accused. Fourthly, a delay in the trial can considerably fog the memory of the witnesses and consequently, their reliability becomes increasingly questionable with the passing of time. TIA processes can help prevent the loss of important details.

In the recent case of Sunil Tyagi v Govt of NCT (2021), the Delhi High Court noted the lacunae in the implementation of sections 82 and 83 of the CrPC and gave comprehensive directions to tackle the issues of violation of due process as well as the frustration of justice by proclaimed persons/offenders. Nevertheless, the Delhi High Court (DHC) found itself constrained by the letter of the law on the aspect of TIA. The issue of absconsion and importance of TIA had earlier been noted in Hussain v UOI (2017) by the Supreme Court (SC) which observed that absconders were frequently delaying trials and recommended the amendment of CrPC to introduce provisions providing for TIA proceedings on the lines of Section 339B as introduced in Bangladesh.

The Gujarat High Court, in 2016, allowed the lower courts to continue with the trial and decide the cases of absconding undertrial prisoners. Interestingly, some elements of TIA are already present in our criminal laws, albeit to a very limited extent. Currently, Section 299 of the CrPC provides that the court ‘may’ record evidence in the absence of the accused if it is proved that the accused has absconded and there is no prospect of arresting him. Not only does this section rarely find any application in practice, the same is

limited only to the recording of evidence. Section 317 of the CrPC is another provision that allows the requirement of presence of the accused to be dispensed with, if the magistrate is of the opinion that such presence is not required in the interests of justice.

TIA provisions are applicable in several countries including the UK, Canada, Bangladesh and New Zealand. In the case of Regina v Jones (2002), the House of Lords in the UK recognised the discretion of the court to commence with the trial in the absence of the accused. Section 475 of the Canadian Criminal Code provides for the process where the accused absconds during trial and Section 544 provides for the same during an inquiry. The code provides that upon such absconsion, the accused is deemed to have waived his right to be present at the trial and that an adverse inference may be drawn from the fact that he has absconded. Furthermore, the accused is disentitled from re-opening any part of the proceedings which were conducted in his absence. The counsel for the accused, however, may continue to act in spite of their client’s absence.

In Bangladesh, Section 339B was inserted as far back as in 1982 in its procedural law which provides that where after compliance with the processes to compel appearance, the court has reason to believe that the accused is absconding, the court shall publish a direction to such person to appear in two national dailies and if such person fails to appear, he may be tried in his absence.

One cannot deny a possibility of the misuse of such provisions by the State. Indeed, one of the purposes for which the Delhi High Court gave such detailed directions in the Sunil Tyagi case was to address the cavalier fashion in which sections 82 and 83 were being applied in practice.

Safeguards should also be built into the law pertaining to TIA in order to directly protect the due process and all other rights of the accused which are not deemed to have been waived in his absence. These potential safeguards could include ensuring the right to legal representation, right to information, right to rejoin proceedings and right against adverse inferences etc. The potential of misuse of an argument should not deter the enactment of a law which has immense potential to prove beneficial in the interests of justice. The need instead is to strengthen safeguards in the law which can help prevent its misuse.