No one attaches credibility to Taliban assurances — nor should India 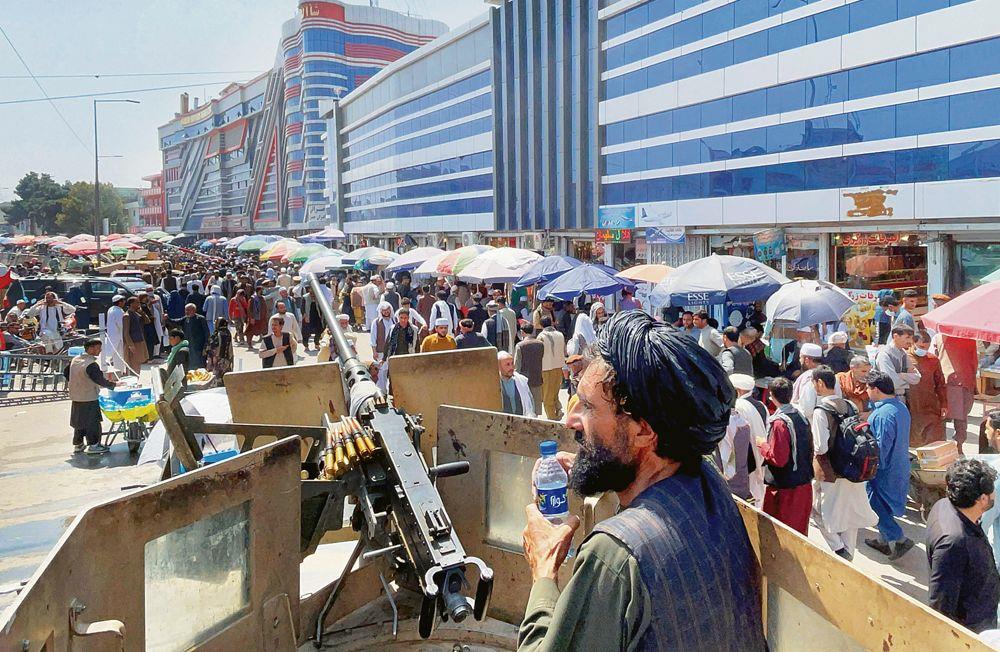 Rift: There are internal tensions among the various factions of the Taliban which have not been resolved. Reuters

It has been three weeks since the Taliban swept across Afghanistan and brought the entire country under their control except for the remote valley of Panjshir. Latest reports indicate that the resistance in the valley may also have crumbled. While the country is under the control of well-armed Taliban fighters, there is still no government in place in Kabul. Such administration as exists is ad hoc in nature under interim Taliban leaders. This suggests that there are internal tensions among the various factions of the Taliban which have not been resolved. The visit of the Pakistan ISI chief to Kabul points to a Pakistani role in promoting a compromise among the factions and ensuring that groups most closely associated with Pakistan, such as the Haqqani group, obtain the lion’s share of the political spoils. Pakistan is keen that the Haqqani group gets the governorship of the key Afghan provinces adjacent to Pakistan. This may be critical to preventing the Tehrik-e-Taliban Pakistan (TTP) from continuing to launch cross-border attacks against targets in Pakistan. The recent suicide bombing by a TTP fighter in Balochistan points to the continuing threat from this quarter. The other reason for Pakistan’s interest in an influential role for the Haqqani group in a Taliban government is on account of its anti-Indian agenda. Pakistan does not want any Indian presence in Afghanistan, including the continuance of its substantial aid programme. It would prefer that Afghan trade with India is not resumed. This may not be in accord with some factions of Taliban, in particular the Doha faction led by Mullah Baradar. But the Haqqani group may be counted upon to support the Pakistan agenda. In case Indian presence in Kabul is restored, a serious terrorist attack against the embassy or on its personnel will compel India to undertake a hasty withdrawal. Given the history of the Haqqani group’s attacks on Indian diplomatic missions in the past, at the behest of the ISI, the distribution of political power and posts in a Taliban government is of special interest to India. In case of an oversize role for the Haqqani group, India’s interests would be better served by not rushing to restore its diplomatic presence in Kabul, despite assurances from the Taliban government. There may be merit in remaining engaged and even in extending humanitarian assistance to the people of the country, but not going beyond that for the time being.

India’s situation is different from countries of Europe and the US. While concerns are being voiced about violation of human rights and attacks against women under Taliban rule, the main concern is preventing the flow of Afghan refugees to their countries. This is why leaders like Angela Merkel of Germany keep repeating that the West must engage with the Taliban. A few cosmetic gestures from the Taliban will be enough to fully legitimise their rule over Afghanistan, so that there is justification for not opening the doors to the hapless Afghans left to the mercy of the new rulers. The western commentary these days is about accepting ground reality, of ‘holding your nose’ and talking to a ruthless and obscurantist group, of seeking their help in keeping jihadi terrorists at bay. The irony is that the Taliban themselves are one of the most successful jihadi groups and see their success as vindication of jihad everywhere. They are being presented as a ‘nationalist’ entity interested only in ruling Afghanistan. It is not nationalism that drives the Taliban. Their Islamic brand is an instrument to subsume nationalist and tribal identities within the larger rubric of Islam. This is particularly important to Pakistan as its great apprehension is over Pashtun irredentism spanning the Durand Line. This is also why China and Russia continue to be concerned. The Russians have maintained their embassy in Kabul, but at the same time, are busy carrying out joint military exercises with Uzbekistan, Tajikistan and Kirgizstan to forestall cross-border terrorist attacks by jihadi elements from Afghanistan. The Chinese seem to want daily assurances that the ETIM, the Uyghur militant group, will not be allowed to threaten China’s Xinjiang from Afghan soil. No one attaches credibility to Taliban assurances. Neither should India.

The victory of the Taliban is being interpreted across the entire Islamic jihadi universe not as success of a nationalist movement, but of a certain violent and fundamentalist brand of Islam against the West and all others who are seen as anti-Muslim. One of their kind has now gained a state, a territory and a base. There will be exaggerated expectations from this success which may lead to renewed indulgence in violent extremism. This is a huge psychological boost to these forces and the implications of this are neither clear nor fully understood. In India, the fallout will certainly be felt in Jammu and Kashmir.

The debate in India has been narrowly focused on whether we should engage with the Taliban or not, whether we should recognise a Taliban-led government once it is installed and whether we should accept Taliban assurances and revive our diplomatic and welfare presence in the country. That there should be engagement and dialogue with the Taliban has already been conceded by the government. This is different from according formal recognition. India could join a broad international consensus on this at the UN Security Council conditional upon Taliban assurances, both with respect to their observance of human rights norms within the country and in not permitting terrorist groups to use Afghan soil against other countries. The key decision thereafter will be on restoring our diplomatic presence in Kabul and resuming our development cooperation and welfare assistance. This will require a very careful weighing of attendant risks and benefits, particularly since not much credibility may be attached to Taliban assurances.