Manipulation of ratings a dangerous turn for India’s democracy 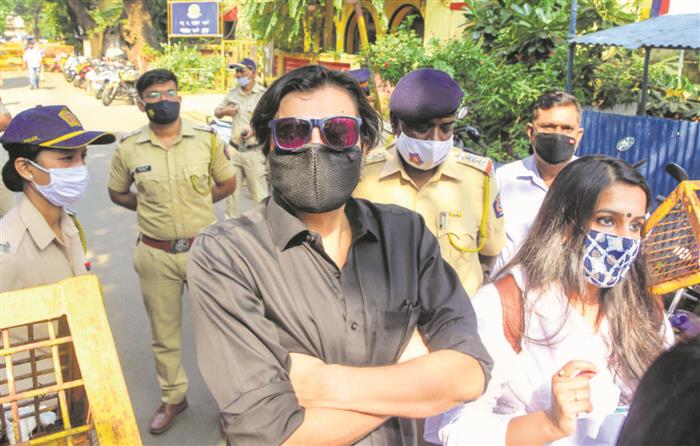 Unreal: Old-school reportage has all but disappeared from Indian TV screens. PTI 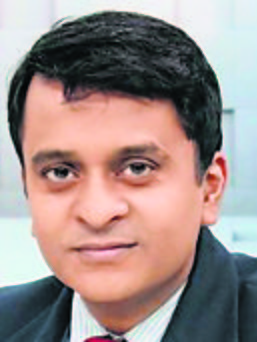 If the Mumbai Police are to be believed, then we now have documentary evidence that India’s television ratings system is rotten to the core. The evidence I am referring to is, of course, the alleged WhatsApp chats between the former chief of BARC (Broadcast Audience Research Council), India’s main TV ratings agency, and the country’s top reality TV entertainer, Arnab Goswami. The chats reveal a high degree of collusion between Goswami and Dasgupta, where the then BARC CEO was actively helping Republic TV score higher in the ratings rat race, and hobbling other channels.

You could argue that BARC is a private body, and has the right to help its clients if it wants to. However, it is not any ordinary company: It was founded as a joint venture of sorts, between broadcasters and advertisers. The broadcasters’ body IBF (Indian Broadcasters Federation) owns 60% of the company and the remaining 40% is owned by two advertising bodies – ISA (Indian Society of Advertisers) and AAAI (Advertising Agencies Association of India). BARC’s bread and butter comes from advertising agencies and broadcasters who buy the viewership data it collects.

So, if BARC’s then CEO was directly helping one channel at the cost of others, it could well be seen as an economic offence. From the point of view of advertisers too, it can be considered to be a case of cheating. Advertisers use the ratings data to decide where they should place their commercials so that they reach their potential customers. If the viewership data is fudged, then advertisers will make wrong marketing decisions, which will ultimately affect the sales of the products. This, again, is tantamount to deliberate misinformation that could cause financial loss.

Rigging ratings is not just about one channel fraudulently getting more advertisements than its competitors. It has a much wider impact on the nature of content itself. This is especially true in the world of news television. To understand this, we have to do a deeper dive into the kind of programming that Republic TV does; not just its political and ideological tilt, but also what it prioritises as show format.

French political scientist Christophe Jaffrelot, who has studied right-wing politics in India for the past 30 years, has recently analysed debates on Republic TV between May 2017 and April 2020. His study shows that for every debate that was critical of the BJP, the channel did 16 debates that were either pro-BJP or anti-opposition. Each week, when BARC would release its ratings data, it would appear that this kind of pro-government and anti-opposition news agenda is exactly what viewers want. So, every news channel felt compelled to tilt towards the Right and bat for the Modi government, in the hope that it would give them higher viewership.

There is another aspect to this, which is not easily discernible. That is the format of news content that editor-anchors like Arnab Goswami have promoted. Since the late 2000s, debate shows have replaced news bulletins. Viewers can no longer get to know about what happened in different parts of India or the world — they only get to see one topic being debated by a group of ‘experts’, who barely manage to get their point across, if they do at all. It is a type of ‘news circus’, a spectacle that recreates heated debates between friends, over emotive issues.

The apparent success of such shows — which could well be a result of fraudulent ratings — has meant that old-school reportage has all but disappeared from Indian TV screens. Much of broadcast journalism today has been reduced to reporters chasing newsmakers, thrusting their camera and mike in their faces, and hyping it up on live television. What is passed off as ‘investigative journalism’ is often just handouts from anonymous netas, babus and security agencies, with an agenda or an axe to grind. Such plants are then re-presented to us as ‘source-based’ inside info.

This has affected the balance of power in TV newsrooms. Reporters who gather news are of no importance anymore. News editors with an eye on easy ratings and theatrical anchors decide what viewers will get to watch. They push out entertaining fare, and ‘train’ viewers into wanting more of it. News stories that hook people emotively are kept running for days, till viewers get exhausted and the stories die a natural death. The story of Sushant Singh Rajput’s alleged ‘murder’ is a prime example of this.

When you combine these three — a right-wing political agenda, a loud anchor-entertainer, and rigging of ratings — you have a dangerous combination that weakens the entire edifice of TV journalism. When such a news channel appears to be overwhelmingly successful, it sets up a model for everyone else to emulate. This has already happened in India, where most channels have become part of an extended PR arm of the government. Even those who have not succumbed to the political agenda have stopped doing the old-school news bulletins, which showcased proper journalism.

This has been a dangerous turn for India’s democracy, because it has helped in manufacturing consent. It has actively backed those in power and those with money, while hounding those who ask questions, dissent or protest. It has engendered a public discourse that is riddled with a paranoid form of jingoism. It has effectively promoted a culture of compliance and obedience to authority, which is the very antithesis of democracy.

Will the Republic TV TRP scandal help clean up this mess? It can only happen if India’s corporates, who advertise on news channels and thus keep them afloat, collectively decide to only back genuine journalism. This would not just mean speaking truth to power, but also making the subaltern visible to us. That will mean moving out of the studios to the ground, where the real India lives, with its real hopes and sorrows.