The knowledge of nuanced differences between the two Punjabs may support efforts towards conciliation. Apart from the unpredictable nature of the civil-military relationship in Pakistan, the existence of India-centric extremist groups in Pakistani Punjab and recent developments in India, such as the invocation of Pakistan for electoral dividends, are some of the macro-impediments to creating an amicable environment for dialogue. 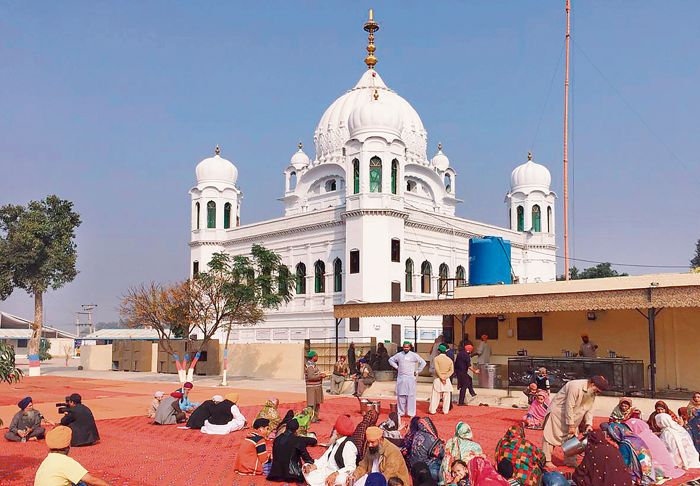 Internationally, the opening of the Kartarpur shrine is seen through its potential to be a catalyst for Indo-Pak conciliation. This is signified by the forthcoming visit of United Nations Secretary-General António Guterres to the shrine during his visit to Pakistan beginning Sunday. Over 45,000 Indian pilgrims have travelled through the Kartarpur corridor to pay obeisance at the shrine since the opening of the route on November 9, 2019.

The opening of the Kartarpur corridor situated in Pakistani Punjab’s Narowal district is particularly important for the Punjabis. For the Punjabi Muslims, the opening of the shrine is an occasion to reclaim an important component of their identity. An exhibition of paintings done on Sikhism and its related themes curated by the Lahore-based Fakir Khana Museum at the shrine reflects that. Within the shrine, there is a presence of local Muslims, mostly agriculturists, hailing from the nearby villages of Pakistan’s Punjab.

In quantitative terms, Punjab on both sides was the prime recipient of refugees from either side in 1947-48. On either side, memories of trauma caused by forced migration have been passed on from one generation of Punjabis to another. That is why Punjab and Punjabis are seen to be at the heart of an Indo-Pak conciliation. However, the corridor’s potential for conciliation requires a nuanced understanding of the two Punjabs, both from a historical and contemporary perspective.

Pakistani Punjab with a population of around 110 million is nearly four times in terms of the population of the Indian Punjab. In cultural and linguistic terms, it is mainly the eastern and central parts of Pakistani Punjab which are akin to the Indian Punjab. There is also a greater diversity in terms of dialects of Punjabi on the Pakistani side. Areas like Rawalpindi and Islamabad are in the Pothwari-speaking northern belt of Punjab and they border the Hindko-speaking areas of the Khyber Pakhtunkhwa province. The Pothwari area of Punjab is linguistically akin to the Pakistan-controlled Jammu and Kashmir, which is the non-Kashmiri speaking area of the undivided Jammu and Kashmir (J&K). On the other hand, the Saraiki-speaking southern Punjab areas of Bahawalpur and Multan are distinct from the rest of Punjab in cultural and linguistic terms.

A large portion of the present-day urban and rural agricultural Pakistani Punjab is a byproduct of the canal system built of the rivers by the British in the late 19th century that resulted in claiming of the land for agricultural use and also setting up of urban settlements in the process. A 2018 paper —Constructing ‘Hydraulic’ Society-1 in Lower Chenab Colony: A case study of Toba Tek Singh (1900-47) — points out that in the 1891 Census, the total population of the Lower Chenab Colony was 0.1 million and in 1911, the population increased to 1.1 million, ‘including 5,48,207 immigrants, born outside the colony.’ ‘The Lower Chenab Colony comprised whole or parts of the tehsils of the three districts of Jhang, Lahore and Gujranwala.’ The paper mentioned that the ‘grantees for the project of Lower Chenab Colony were taken from seven districts: Ambala, Ludhiana, Jullundur, Hoshiarpur, Amritsar, Gurdaspur and Sialkot.’ Except Sialkot, which is in Pakistani Punjab, all other places are now in the Indian Punjab. The grantees were mainly Sikhs, who migrated to rural areas for agriculture, and Hindus going to newly developed urban centres. So, for many Sikhs and Hindus, the 1947 displacement was the second one, though it was involuntary the second time.

In sharp contrast, by December 1947, as per an estimate, the Sindh province of Pakistan, including Pakistan’s first capital, Karachi, had settled only 0.24 million displaced person. The migrants from the Indian side of Punjab mostly settled in Pakistani Punjab. Sikh and Hindu migrants from Pakistani Punjab, many of whom were from urban areas, apart from the Indian Punjab, settled in larger numbers in places like Delhi. The loss of human life on both sides of Punjab was also colossal.

The post-1947 trends also need to be studied closely. In contrast to other provinces such as Sindh, Pakistani Punjab’s provincial politicians did not clamour for official recognition of the Punjabi, language, mainly on account of following the lead of Pakistan founders who wanted no other language to emerge parallel to Urdu. The Pakistani Punjab followed some of the colonial practices, namely giving lands, particularly agricultural, to retired soldiers and army officers.

Alongside the opening of the Kartarpur corridor, a lot more needs to done by the two countries to put into practice Guru Nanak’s universal and everlasting message of humanism.

In this context, knowledge of some of these nuanced differences between the two Punjabs may support efforts towards conciliation and infuse more realism. Apart from the unpredictable nature of the civil-military relationship in Pakistan, the existence of India-centric extremist groups in Pakistani Punjab and other recent realities in India, such as the constant invocation of Pakistan for electoral dividends are some of the macro-impediments to creating an amicable environment for dialogue.

The bills are also facing staunch opposition from farmer bod...