Over the decades, the India-Russia relationship has become both symbiotic and synergistic. It is symbiotic in the sense that in the latter part of the Cold War, two very different political systems (communist and democratic) entered into a partnership to counter the US-China dyad. And it is synergistic by way of the outcomes it has enabled over the last four decades. 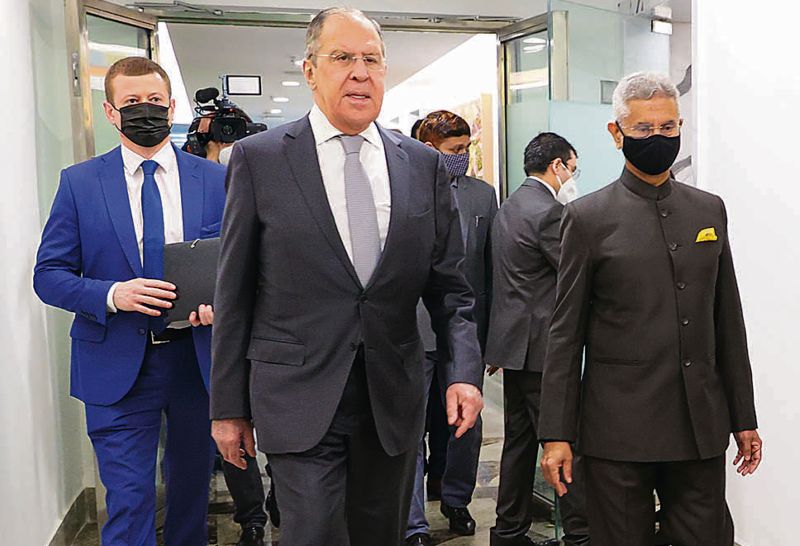 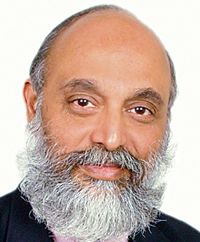 India has acquired a visible relevance in the tragic Ukraine war that has entered its second month, with Russian Foreign Minister Sergey Lavrov scheduled to meet his Indian counterpart S Jaishankar in New Delhi on April 1. This follows the ‘unannounced’ visit of Chinese Foreign Minister Wang Yi last week. It is instructive to note that the Lavrov visit will be preceded by that of US Deputy National Security Adviser Daleep Singh and UK Foreign Secretary Liz Truss.

The Russian announcement on March 29 that it will “fundamentally” scale back military operations near Kyiv is a slender sign of hope that there may be a cessation of the current level of hostilities and this is to be cautiously welcomed. This is a war that will be consequential at multiple levels over an extended temporal and spatial canvas. While central Europe and Eurasia are directly affected by both the destruction in Ukraine and the humanitarian crisis it has triggered, the regional and global implications are varied and complex, given the US/NATO versus Russia context of this war. Among those nations most affected by the Ukraine war, India’s relevance and predicament are distinctive.

The US and its allies have framed this war as one of democracy and freedom pitted against a rapacious and reckless Russia and the global community has been urged to take a united stand against President Putin. However, this US call for solidarity has not elicited the kind of unequivocal global support that the enormity of 9/11 did in September 2001. Among the major powers, both China and India have been ambivalent in different ways and have not joined the US-led call to denounce Russia and its leadership.

However, the Indian position on the Ukraine war has been evolving since February 24 and the nuanced voting pattern in the UN is indicative of Delhi’s discomfiture at the indefensible Putin decision to invade Ukraine.

The Indian dilemma over Moscow’s impulsive military actions is a familiar one and the 1979 Soviet invasion of Afghanistan during the Cold War is a case in point. There is dismay and muted anger in the global liberal spectrum that the world’s largest democracy is not unequivocally standing up for the normative principles of defending freedom and territorial integrity and US President Joe Biden has described the Indian position as ‘somewhat shaky’.

India, as in the past, has weighed the pros and cons of upholding normative principles versus nurturing national interest and chosen the path of abstaining from joining the anti-Russia cluster. The fact that the world’s two most populous nations — India and China — have remained circumspect provides Russia with some diplomatic space and may have encouraged Moscow to join the negotiations in Istanbul.

Apropos of Delhi’s relevance, it is evident that Moscow would be keen to ensure that both India and China remain muted in their public statements and not join the US denouncement of President Putin’s military adventurism. If the forthcoming BRICS (Brazil, Russia, India, China, South Africa) summit scheduled for later this year in Beijing is attended by all the five leaders in person — despite the Ukraine blunder — it will be a diplomatic victory for Moscow. Concurrently, the Sino-Russian relationship will acquire buoyancy with complex implications for India.

India and Russia have had a robust bilateral relationship over the last 75 years — since Indian independence —and over the decades, much of India’s tangible military and strategic capabilities have been acquired in close partnership and cooperation with Moscow. The Lavrov visit will allow for a review of the broad spectrum of issues that will range from Afghanistan to bilateral trade against the backdrop of the US-led economic sanctions. It is pertinent to add that the Russian visitor will arrive in Delhi from China, which had convened a conference on Afghanistan that has predictably excluded India.

Kabul is a test case for regional geopolitics and the ability of China to demonstrate its credibility as an alternate node of power and efficacy to repair the damage that both the USA and former Soviet Union have visited on that country (perhaps, the original Ukraine?) and India as a proximate neighbour is in a less-than-favourable position. Whether China will succeed in Afghanistan remains moot, but the profile and prowess of China in a post-Ukraine war (dis)order and Beijing’s orientation towards globalisation and the USA will be critical for both Moscow and Delhi.

Thus, the Lavrov visit could be the beginning of the review and rearrangement of India-Russian relations against the backdrop of the Ukraine detritus and this brings into focus the ‘dependency’ factor in this relationship. The received wisdom is that India, for all its claim to maintaining strategic autonomy, 75 years after attaining independence remains a vulnerable power that is largely dependent on Russia for its military inventory. This supplier status of Moscow began in the mid-1960s and acquired high salience for Delhi that was then recovering from the trauma of the Chinese military attack of October 1962. Is Galwan 2020 a case of déjà vu?

However, over the decades, the India-Russia relationship has become both symbiotic and synergistic. It is symbiotic in the sense that in the latter part of the Cold War, two very different political systems (communist and democratic) entered into a partnership to counter the US-China dyad. And this partnership is synergistic by way of the outcomes it has enabled over the last four decades.

India is cognisant that in the yet to emerge post-Ukraine world order, the moral compass must swing towards the global democratic cluster with all its warts, even as the China-Russia combine coheres around the authoritarian template. The geo-economic numbers are stark. Collectively, the combined GDP of the US-EU and allies is just under $50 trillion and the China-Russia combine is $18.5 trillion. And the per capita ranking of China, Russia and India is 64, 68 and 150, respectively.

Post the Lavrov visit, in early April, India will engage with the USA for the first 2 plus 2 dialogue (which brings foreign and defence ministers together) since President Joe Biden assumed office in Washington. The outcome of all these deliberations will define the composite framework for India to protect its core interests and advance its abiding aspirations.