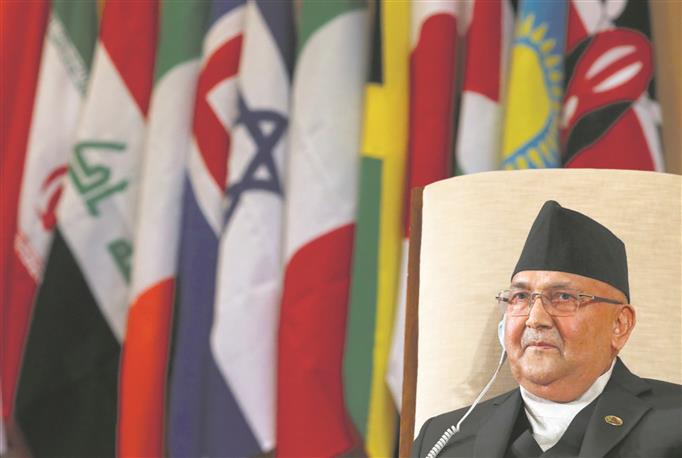 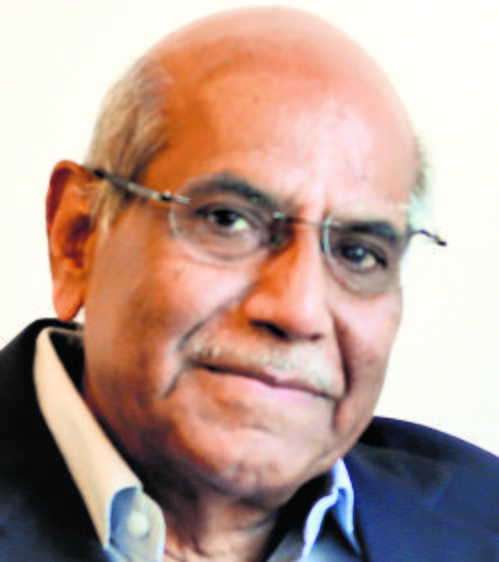 Faced with an imminent split within his Nepal Communist Party (NCP), Prime Minister KP Oli advised the Nepal President to dissolve parliament and announce fresh elections to be held on April 30 and May 7, 2021. Since the NCP was formed through the merger of the erstwhile United Marxist Leninist (UML) party and the Communist Party (Maoist) in 2018 under the patronage and encouragement of China, the likely break-up of the party is being seen in some quarters as a setback for China. Certainly, the Chinese activist-ambassador in Kathmandu, Hou Yanqi, has been busy trying to keep the party united by playing referee among the contending factions. China has sent a four-member party delegation led by a vice-minister of the Chinese Communist Party International Liaison Department, to launch a last-ditch effort to keep the NCP united. This reflects its concern over the latest developments. It is learnt that pressure is being put on Oli to revoke the dissolution of parliament and to accept a leadership change. In order to persuade him to resign, there are moves to bring in a non-controversial political figure as Prime Minister. Oli is bound to resist this. We will have to wait and see how this latest crisis plays itself out.

New Delhi is in danger of becoming a side-show in what may be shaping up as US-China power play in Kathmandu.

Whatever may be the fallout of Oli’s move on the fortunes of the NCP, the consequences for Nepal’s democracy and the country’s political stability and economic prosperity will be dire. Nepal is already suffering from the adverse impact of the Covid-19 pandemic. Tourism income and remittances from its substantial migrant population working abroad have dried up. Political turmoil will only exacerbate the economic crisis and may lead to renewed and widespread violence. The dissolution of parliament to forestall an intra-party crisis will damage multi-party democracy and is a bad precedent. The ongoing pandemic and the unsettled political and economic situation will provide the pretext for postponing the elections and to even declare an extended emergency. Oli may appear to have turned against his Chinese benefactors. That does not make him a custodian of Indian interests overnight. If it suits him, he can turn to fanning the flames of anti-Indian sentiment as he has done before. He has warned that he was being opposed by “national and international forces” that were unhappy over his ‘patriotic’ move to revise maps to show territory ‘occupied’ by India as belonging to Nepal. So, that is being held in reserve. Whatever may be the tactical setback to China in this political crisis, it does not add up to a gain for India. India’s long-term interest in this sensitive neighbouring country is best served by a stable multi-party democracy and economic prosperity for which India remains an irreplaceable partner. To extend support to Oli or to encourage an apparently ‘right wing coalition’ to supplant the NCP, even if this means derailing Nepal’s democracy, would prove to be extremely short-sighted.

One has also learnt that the US may have had a role to play in the crisis because its ambitious $500-million Millennium Challenge Corporation (MCC) initiative was being opposed by Prachanda and other NCP leaders though Oli had given his approval. Those opposed to it were said to be acting on behalf of China. In that case, India is in danger of becoming a side-show in what may be shaping up as a US-China power play in Nepal. The US may believe that it could use Nepal as an instrument to exploit Chinese vulnerabilities in Tibet. China will then feel obliged to do whatever is necessary to prevent this. If India is perceived by China to be working according to the American agenda, its hostility to India will get much sharper. Indian and US interests in Nepal are not aligned if it is the US which is in the lead. In the past, we have worked together with the US and the UK as partners in Nepal but always with India in the lead. Far from maintaining Indian influence in Nepal, we shall end up marginalised.

There is a fond belief in some quarters that a right wing coalition in Nepal, perhaps with the return of the monarchy and a Hindu kingdom label, will safeguard Indian interests and keep the Chinese at bay. One sees repeated assertion of this kind. A careful reading of history will show that it is the Hindu ‘samraats’ who have led the way to promoting anti-India sentiment. They have served as dependable sentinels of Chinese interests in Nepal. The Chinese never supported the Maoists against the monarchy. They built their relations with the Maoists only after it became clear in 2006 that the monarchy was irretrievable.

No matter which political dispensation is in power in Nepal, no matter what its label, as long as China has powerful instruments of security and economic leverage, it will use them. It has worked with a Hindu Nepal before and will do so again. Let us not fall naively into a trap.

In the current political discourse on Nepal, there is not a word about the fate of the Madhesis who inhabit the Nepali terai adjacent to the Indian plains. Their political empowerment through a democratic dispensation is important to India because any unrest there will spill over into India. We have witnessed this before. In acquiescing to a tactical move that may be a setback to China, let us not sacrifice the interests of people whose well-being also safeguards the security interests of India.

India should meet the China challenge in Nepal by drawing upon the considerable assets it has in its relations with that country, assets which China is unable to replicate. It is by positioning India as a partner of choice for the economic and social development of Nepal that India can retain its considerable presence there. A Nepal that gets caught up in great power confrontation is not in India’s interest and we should not encourage this for ephemeral short-term gains.