Unrest in China goes beyond Covid protests : The Tribune India

Jiang Zemin’s supporters are adding to intra-party discontent. Xi Jinping has been systematically targeting them since 2013, but now they are without their leader and can coalesce into a sizeable and influential anti-Xi group in the Chinese Communist Party. 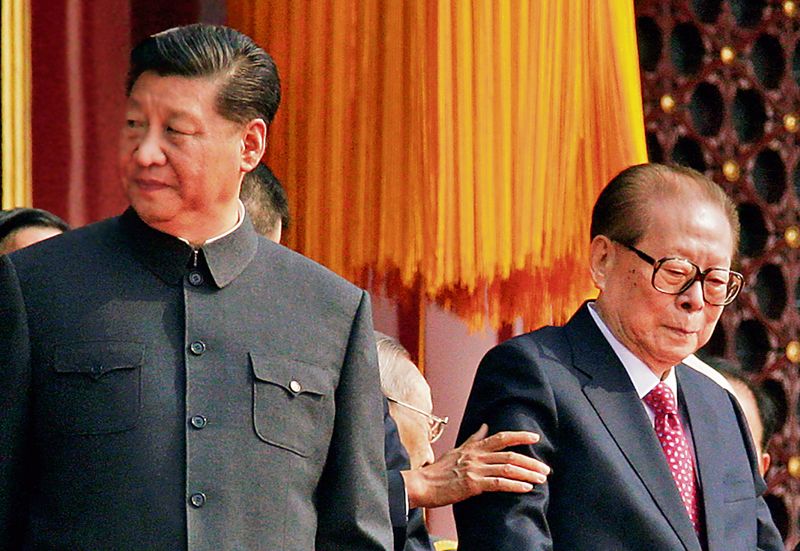 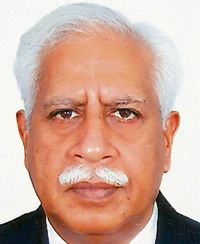 FORMER Chinese President Jiang Zemin’s death on November 30 could not have come at a worse time for incumbent Xi Jinping. Funerals of leaders have a way of becoming epicentres of major protests. Xi is already facing a range of problems at the start of his third term, with the zero-Covid policy tenaciously dogging him. Provoked by the fire accident in Urumqi that claimed 10 lives, protests against the stringent zero-Covid policy erupted across China within days. The protests in at least 10 cities across the country have quickly been joined by students, citizens and workers and surfaced earlier than anticipated, suggesting that leadership elements opposed to Xi could be stirring up things.

China’s economy has also been slowing down. The cost of living has been steadily rising, urban and rural unemployment is burgeoning, and graduate unemployment has touched 20 per cent. People are feeling the pain more directly too, with those lucky to find employment getting half the salaries than before, salaries of central and provincial government employees being slashed by 30 per cent and bonuses already paid being recovered. Despite this, Xi has shown no inclination towards taking economic reform initiatives and assisting China’s private entrepreneurs, who provide 80 per cent of the jobs and 90 per cent of the revenues. On the contrary, the Work Report approved by the 20th Party Congress spoke of ‘common prosperity’.

A main centre of protest has been Foxconn’s large iPhone plant in Zhengzhou. The protests began on November 23, when workers angry over unpaid wages and Covid-19 lockdowns clashed with hazmat-clad riot police. The violence followed disturbances that resulted in thousands of workers fleeing the facility after a Covid outbreak and a failed attempt at keeping workers isolated from the outside world. The immediate provocation was the failure of plant administrators to deliver adequate food and water to 2,00,000 Foxconn workers. Matters were aggravated when the company also failed to fulfil promises of higher wages to workers. Apple announced that customers would face delays for iPhone 14 deliveries as it was committed to “ensuring the health and safety of every worker.”

China’s official media has blanked out news of these protests and till November 28 the China Daily and Global Times published no reports of the protests, but social media has been peppered with reports from citizens of protests in different places and the movement of People’s Liberation Army (PLA) troops, tanks and trucks. Students, including those from Beijing’s prestigious Tsinghua University, have participated in the protests.

Protests have broken out in Beijing’s Tsinghua University, Wuhan, Urumqi, Korla, Chengdu, Nanjing, Zhengzhou, Chongqing, Guangzhou and Shanghai, with crowds shouting “Down with Xi Jinping”, “Get off CCP”, and having stand-offs with the police as late as 1.30 am on November 27 in Beijing’s Haidian district. The Hong Kong-based Initium estimated that students from 79 tertiary educational institutions across China have participated in the protests. The authorities have now begun to swing into action. Public security personnel began arresting protesters on the night of November 27. PLA tanks, heavy vehicles and ambulances were seen being deployed on November 29 outside Tsinghua University and in Zhengzhou.

The ‘election’ of Xi for a third term — for the first time since the death of Deng Xiaoping — has upset a large number of Chinese Communist Party (CCP) cadres. There has additionally been muted criticism that Xi has packed the Politburo Standing Committee (PBSC) and the Central Military Commission (CMC) with loyalists. Official media reports during the Party Congress stated that in a break from past practice, none of the senior veteran cadres had been consulted while selecting candidates for the Politburo or PBSC. This has enlarged the number of dissatisfied, retired, yet influential, cadres who are unhappy with Xi. The removal of Hu Jintao, Xi’s mentor and former Chinese President, from the 20th Party Congress on its final day prior to voting was reflective of this practice.

Xi also ignored the decades-old convention regarding the age-eligibility criterion for cadres to be elevated to the Politburo and cadres eligible to continue in the Politburo. Prominent examples are the continuance of 72-year-old General Zhang Youxia as a Politburo member, the removal of Hu Chunhua from the Politburo — though he had not reached retirement age — and ‘helicoptering’ into the Politburo of General He Weidong. Other causes of discontent include the dissatisfaction among Chinese business entrepreneurs, academics and students and the millions of laid-off workers.

Jiang Zemin’s supporters are adding to intra-party discontent. Xi has been systematically targeting them since 2013, but now they are without their leader and can coalesce into a sizeable and influential anti-Xi group in the CCP. The decision not to have a formal funeral for Jiang Zemin — a break from past practice — indicates that Xi is very worried that it could be a trigger for the protests to widen, like what happened after the death of party General Secretary Hu Yaobang in 1989.

The protests have the potential to gain momentum and threaten the political leadership. Recognising this, the authoritative official Xinhua news agency reported that the CCP’s apex security outfit, the Central Political and Legal Affairs Commission, had decided to “resolutely crack down on infiltration and sabotage activities by [foreign] hostile forces…, resolutely crack down on illegal and criminal acts that disrupt social order, and effectively maintain overall social stability.” The Cyberspace Administration of China subsequently issued instructions to control social media and made the act of ‘liking’ something on the Net a criminal offence. China’s leadership has simultaneously set up ‘small leadership groups’ to investigate the reasons and identify the protesters.

The CCP has been apprehensive that ‘hostile foreign forces’ will try and instigate a ‘colour revolution’. Action against the protesters is certainly imminent. As the Tiananmen events showed, the CCP believes that any opposition must be crushed so that it doesn’t resurface for the ‘next 25 years’! Xi will not brook a challenge and certainly not if he suspects, as is quite possible, that opponents within the CCP have begun mobilising to compel him to step down.