In a vibrant democracy, it is not possible as in China to dragoon people into moving to new locations and settling there. In India, unlike China where the ubiquitous ‘hukou’ or residence permit confines an individual to a particular place and prohibits the person from travelling anywhere, there is absolute freedom of movement and employment. This means that individuals need to be incentivised. It is essential for the government to unveil quick-to-implement schemes. 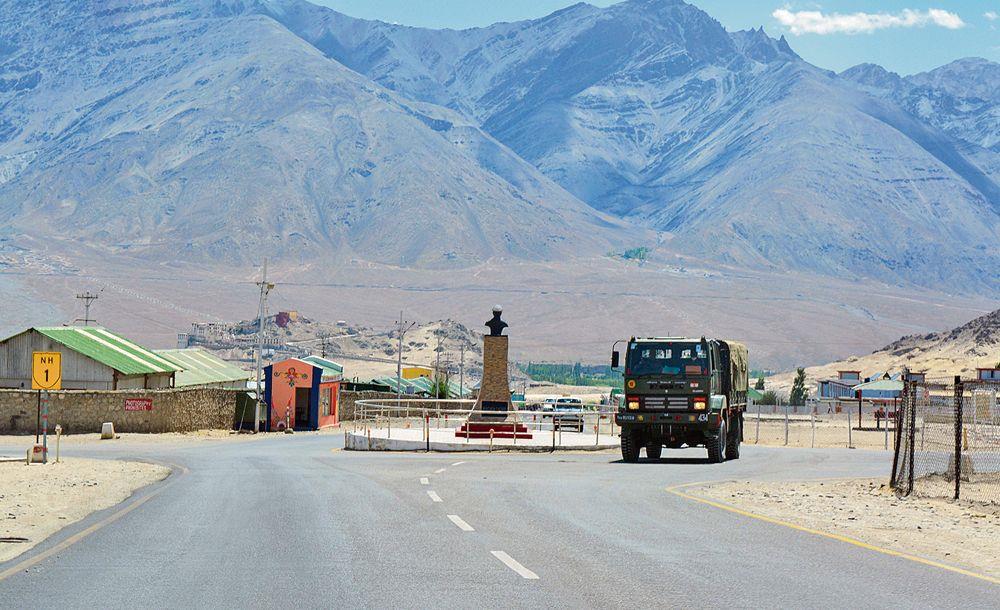 New arena: China’s plan to develop its border villages needs to be countered by India to ensure strategic security. PTI

The Budget presented by Finance Minister Nirmala Sitharaman on February 1, 2022, needs to be lauded for its clear blending of strategic and economic imperatives. It shows too that Prime Minister Modi’s government is adopting a long-term approach and has taken the first substantive step towards countering China’s aggressive grey-zone tactics designed to nibble away territories of its neighbours below the threshold of overt war. The plan envisages strengthening India’s borders and simultaneously generating employment and improving border infrastructure.

Inadequate attention has been given to the ‘Vibrant Villages Programme’ scheme, which envisages the construction of essential village infrastructure, energy and road and communications connectivity. It heralds the beginning of a major strategic national initiative that presages what must be a “whole of nation” approach.

Though India initiated this effort later than China, the topography and scenic beauty of its border areas have the potential for rapid development of these areas. China commenced construction of its ‘model border defence villages’ in 2017. Construction of these villages was accelerated last year, with the Chairman of the Tibet Autonomous Region (TAR) People’s Government, Yan Jinhai, announcing on January 7, that all 624 ‘xiaokang’ villages had been constructed. More are now planned along the borders with Bhutan and Nepal.

China has accelerated the programme in sensitive areas like the Great Bend of the Brahmaputra river in Metok County of Tibet — where China has formalised plans to build the world’s largest dam to divert the Brahmaputra river to its north. The Metok County Party Secretary recently emphasised the importance of maintaining stability and carrying out the struggle against ‘separatism’. Implying that demographic changes will soon be underway in Tibet, he urged “the transfer of people in the central areas to the front line”, and the need to speed up “construction of settlements in the border areas, and ensure that the people move into new homes as soon as possible”.

The Indian government alone can provide only limited assistance for the initiative to succeed. Its role as an enabler will, however, be invaluable. India’s business houses, cooperatives, NGOs etc need to contribute as do the people. The ways they can contribute are many. In a vibrant democracy like India’s, it is not possible as in China to dragoon people into moving to new locations and settling there. In India, unlike China where the ubiq uitous ‘hukou’, or residence permit, confines an individual to a particular place and prohibits the person from travelling anywhere, there is absolute freedom of movement and employment. This means that individuals need to be incentivised. Villages in remote or uninhabited areas need to be made attractive and conditions in these villages and border areas made habitable with a potential for business and leisure opportunities and connectivity. It is essential that the government not lose momentum and unveil easy-to-understand and quick-to-implement schemes.

An immediate beneficiary, if properly planned, could be the burgeoning domestic tourism sector. It presently numbers well over 700 million domestic tourists who annually generate a conservatively estimated approximately $97 billion! This can be boosted to provide a self-sustaining revenue stream to the Vibrant Villages Programme.

A number of the domestic tourists are young boys and girls willing to explore new places and experience life in the rough. For example, a new Pune-based outfit called Go Magic Trails caters to this segment and operates battlefield tours and military adventure tours. Others are starting up indicating that scope exists for this brand of tourism. The youth have a lot of interest in travelling to battlefields where the Indian Army has won successes. These operators can enlarge the scope of tourism to include the borders. Many border areas remain unexplored as they lie within the ‘Inner Line’. Most of these areas can be opened to adventure tourism as can the remote areas in hill districts of some provinces. The areas are picturesque and also suitable for adventure sports. Regular tours to these locations will not only populate these locations and nearby areas but attract small business entrepreneurs who will cater to the tourists. It will create permanent population centres in places along the border where today they are disappearing. The Army and paramilitary units deployed at or near these areas can be utilised, when not on duty, to build small shelters which can be used by the border tour outfits. In fact, the battlefield and border tour operators can incorporate such activities as part of their ‘explorer camps’.

The demobbed Agniveers, for example, can also be incentivised to settle in these places. Having received military training and experience, they will be useful assets. Many may probably be from farming backgrounds and they can be given grants of land in cultivable areas subject to certain conditions.

Many foreign adventure travel groups have expressed interest in adventure tours and camps in some of our border and remote areas. Some years ago, a well-known US-based group was keen on establishing an exclusive seven-star ski resort in Uttarakhand and had even trained local individuals. Regrettably, the scheme fell through although it had considerable potential for generating local employment, and promoting a hospitality logistics network and small businesses to cater to the facility and its employees. Ladakh, parts of Uttarakhand, Himachal Pradesh, Uttar Pradesh, Sikkim, many North-eastern states and Arunachal Pradesh provide ideal settings for such tourism.

That the government is determined to strengthen our borders while reinforcing sovereignty is clear from the recent statement by a Union Minister that the next Budget will include plans for rehabilitating people living along the international borders.