US, China dig in their heels

The breakdown of high-level communications worrying 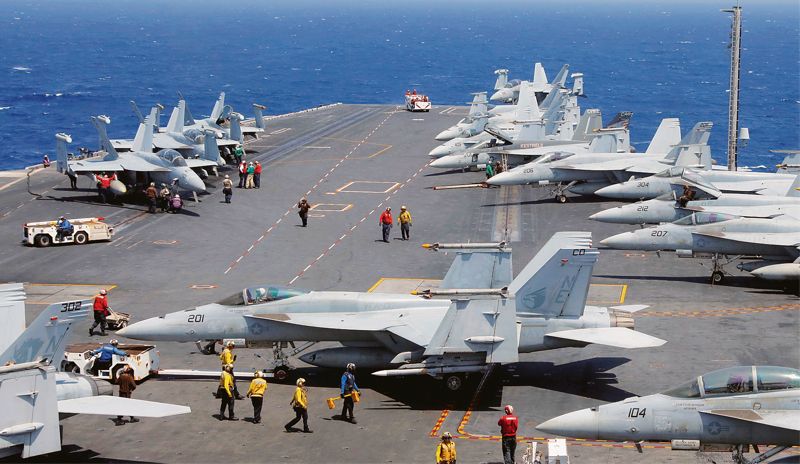 FACE-OFF: Tension is growing between the US and China over Taiwan and the South China Sea. - Reuters file photo 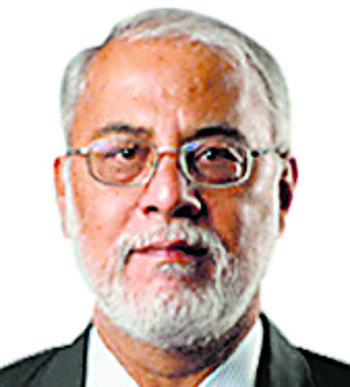 THE Biden-Xi call on September 9 was the first in seven months, and only the second since the former took office in January. Amidst growing tensions between the US and China over Taiwan and the South China Sea, the breakdown of their high-level communications has been worrying. A look at the readouts of the two sides reveals that both sides are hanging tough and waiting for the other side to blink.

Both sides worry that compromise would make them look weak. In 2022, Biden faces a crucial off-year election and Xi a key party congress where he is pushing for an unprecedented third term.

For the record, though, the American readout said the discussion was motivated by an effort to ‘responsibly manage the competition’ between the US and China, even as the Chinese readout squarely blamed the US for the deteriorated relationship.

Recent high-level interactions between American and Chinese officials have not been particularly inspiring. This is evident from the blowup in Alaska in March at the outset of the first meeting of their top officials dealing with foreign affairs. This has been followed by a continuing Chinese refusal to allow US Secretary of Defence Lloyd Austin to speak to Gen Xu Qiliang, the vice-chairman of the Central Military Commission. In their view, the American official should follow protocol and interact with his counterpart Gen Wei Fenghe. Alarmingly, according to the US Indo-Pacific coordinator, Kurt Campbell, the US-China estrangement had led to the Chinese refusing to service the crisis hotline between the two countries.

The most recent snub was to John Kerry, the American climate czar who was received by a junior-level officer when he landed at Tianjin for a meeting earlier this month. Chinese foreign minister Wang Yi and Vice-Premier Han Zheng only agreed to meet through Zoom. In response to Kerry’s point that climate change should be decoupled from other geostrategic issues, Wang said while climate change cooperation remained an oasis of sorts in US-China relations, ‘it could be desertified soon’ the way Sino-US relations were going. In short, there was no question of separating the issue from the wider environment of their relationship.

No specific issue was discussed in the 90-minute Xi-Biden conversation last Thursday. It was seen as a broad and strategic conversation that could, hopefully, reset the lines of communication. The American readout said the conversation discussed areas ‘where our interests converge, and areas where our interests, values and perspectives diverge.’ Biden made it clear that the discussion was part of his effort to manage the competition between the US and China and with the aim of ensuring that ‘competition does not veer into conflict.’

According to the Chinese readout, Xi told Biden ‘that for some time, due to US policy on China, the China-US relationship had run into serious difficulty’. In what is being seen as a snub to Biden, he concluded that ‘on the basis of respecting each other’s core concerns and properly managing differences, the relevant department of the two countries may continue their dialogue’ on a range of issues from Covid-19 to international and regional issues.

An all-round dialogue between the two countries would be dependent on the US paying heed to Chinese core concerns—usually translated to mean Taiwan, Xinjiang, Tibet, and the acceptance of the primacy of the Communist Party of China (CPC).

Under the Trump administration, the US instituted wide ranging tariffs on Chinese products, placed sanctions on several officials dealing with Xinjiang, passed a Tibet policy support act to upgrade their support to Tibetans, shed its neutrality and supported the UNCLOS tribunal award in the South China Sea and eased restrictions on meeting Taiwan officials. Trump’s Secretary of State Mike Pompeo also went out of his way to directly attack the role of the CPC in ruling China.

Seven months down the line, the Biden administration is yet to formally unveil its China policy. Officials have been saying that they are reviewing the policy, but no one seems to have a date as to when the review will be completed.

In the meantime, little has changed with regard to the tariffs, South China Sea and Xinjiang. Biden has come out strongly in support of Taiwan and there was even a minor kerfuffle in August when he suggested that the US could defend the island if it were attacked, instead of maintaining the existing policy of ‘strategic ambiguity’. There is, of course, the important factor of Biden working with US allies, instead of belittling them as Trump did.

In July, the US stepped up pressure on China when it accused Beijing of cyber attacks and got a coalition of nations, including the EU, to condemn China. Wall Street Journal reports that the US is now considering investigating Chinese subsidies under Section 301 of their trade law which could result in additional tariffs. The US plans to rope in the EU, Japan and other allies in Asia to take on the Chinese in the WTO. Despite pressure from the business community to ease off on China, the Biden team appears wanting to refine the strategy of pushing back at China, rather than ending it.

As of now, neither side is willing to back off, both think they are in control of the situation and have the leverage to push their point of view. On both sides, there seems to be a worry that compromise would make them look weak before domestic audiences. In 2022, Biden faces a crucial off-year election and Xi a key party congress where he is pushing for an unprecedented third term. And the Chinese must also take into account the possibility that 2025 may see Trump return to the White House.