There is no centralised election management body in the US, unlike India. All 50 states in the US, and within them, 3,141 counties and twice as many cities and townships, organise the elections according to their respective systems, while the ECI is the single powerful body that conducts the elections in India with uniform rules. 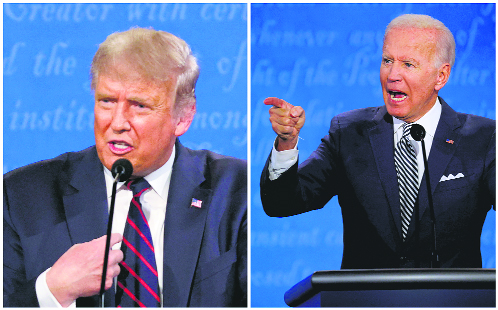 Face to face: Presidential debates have been a regular feature in the US since 1976. 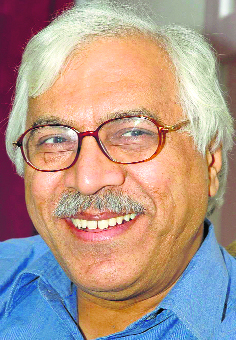 The world awaits with bated breath the US presidential election on November 3, which will impact most of the planet’s future.

The electoral systems of the US and India, the two largest democracies, have a bit in common and a lot that’s different. While India has adopted the British system of parliamentary democracy, called the Westminster model, the US has a presidential system. The Indian model is quite simple, whereas the US system is extremely complex and even confusing.

The basic features of the US system are the following: It’s not just one election in the US but a bunch of simultaneous elections, something which India is dreaming of. In many states, a voter will be choosing not just the US President, but also 20 or more different contestants, including the Member of the US Senate and the House of Representatives, the State Senate, the Governor, the State Attorney General and even Supreme Court judges, among others — all on a single ballot.

There is no centralised election management body in the US, unlike India. All 50 states in the US, and within them, 3,141 counties and twice as many cities and townships, organise the elections according to their respective systems while the ECI in India is a single powerful body that conducts the elections in the entire country with uniform rules.

The US does not have a constitutional body like the ECI to conduct and control the elections. It has two federal bodies — the Federal Election Commission (FEC) and the US Election Assistance Commission (EAC) — the former to oversee the campaign finance and the latter, created in 2002, to provide logistics support on a voluntary basis.

The date of the election is fixed — the first Tuesday after the first Monday of November — since 1845.

The election is in two parts: first, within the political parties (primaries) to choose their candidates and then between the two presidential candidates in the November election.

The election for the President is not a national election but an election by the electoral college of each state. Each electoral college has an assigned strength (equal to the number of Senators and US House of Representatives in the state). For instance, Virginia has 11 members of the House of Representatives and two Senators (each state has two senators). Thus, Virginia has 13 electoral votes. The candidate who gets a majority of the votes in the state gets all the ‘electoral votes’ of the state.

The six states with the most electors are California (55), Texas (38), New York (29), Florida (29), Illinois (20) and Pennsylvania (20). The District of Columbia and the seven least populous states have three electors each.

There are 538 electoral votes in the entire electoral college of the country (435 members of the House of Representatives, 100 members of the US Senate, three members of the federal capital — the District of Columbia). The winner must bag at least 270 of these to become the President. It’s interesting to recall that in 2016, Donald Trump lost the popular vote nationwide, but became the President by winning enough states to win the electoral college votes. This has happened only five times in history — in 1824, 1876, 1888, 2000 and 2016.

There is no prescribed limit on the campaign expenditure by the candidate (unless he has opted for state funding, which is seldom). But there are prescribed limits to contributions to individuals or PACs (Political Action Committees).

Face-to-face presidential debates with a moderator or a panel have been in vogue since 1976, though the first televised debate had happened in 1960 between JF Kennedy and Richard Nixon. Covid has upset the practice this time around.

There are two lakh polling stations. Polling staff, nearly six lakh, are drawn from a variety of sources — private, elected and others, unlike in India where only government servants are deployed. Hours of voting are longer — 13 hours — as compared to the minimum eight hours (usually nine) in India.

The voting systems are several: voting at polling stations on the poll day, early voting in person, ‘absentee’ voting by mail or postal ballots. Ballot design varies from state to state. The voting system varies from direct recording electronic voting machines (like the Indian EVMs) to paper ballots (marked by pencil or pen). But scanning is invariably used to facilitate counting. Some states have VVPAT, the voter verifiable paper audit trail.

It is not compulsory to register or to vote. The last date for registration varies one month prior to the poll to the same day (polling day). Online registration is allowed in 31 states plus the District of Columbia (DC). Any person turning 18 even on the day of polling is eligible to register. Registration of voters is rather low.

The expected turnout is 62 per cent — the highest in the century, thanks to the overwhelming number of advance voters (till October 6, as many as 66 million had voted and it is expected to go up to 85 million by the poll day, which is nearly half of the total turnout of 2016). The reasons for this are: (a) expansion of early/absentee voting; (b) Covid; (c) high interest in the presidential election.

While the youth, now constituting 37 per cent of the voters, are becoming increasingly decisive, women’s participation has been strangely low. The US ranked 87 out of 190 countries in the inter-parliamentary union ranking in the number of women legislators. The country may, however, be well on its way to making history with Kamala Harris, the first Black American and Asian-American to be the vice-presidential candidate — and only the third woman ever in the nearly 250 years’ history.

On this score, the US is way behind India, where we have had a woman President, Prime Minister, Speaker, and heads of major political parties.