US seeks stability, predictability in ties with China

Beijing made it clear that it was in a strong position and would not compromise on its core interests and since Washington had upped the antagonism in recent months, it would have to make some goodwill gesture if it wanted China to reciprocate. America’s primary objective was to enhance its understanding of China’s position. Given their entrenched positions and strong domestic constituencies, a quieter dialogue will be necessary for a Biden-Xi meeting. 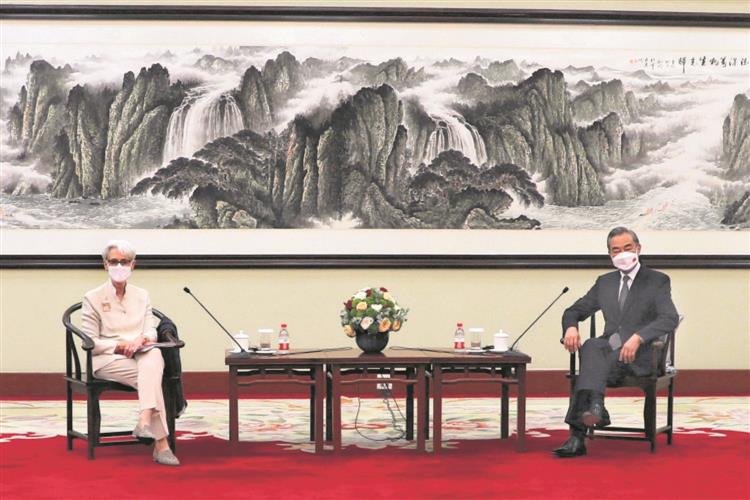 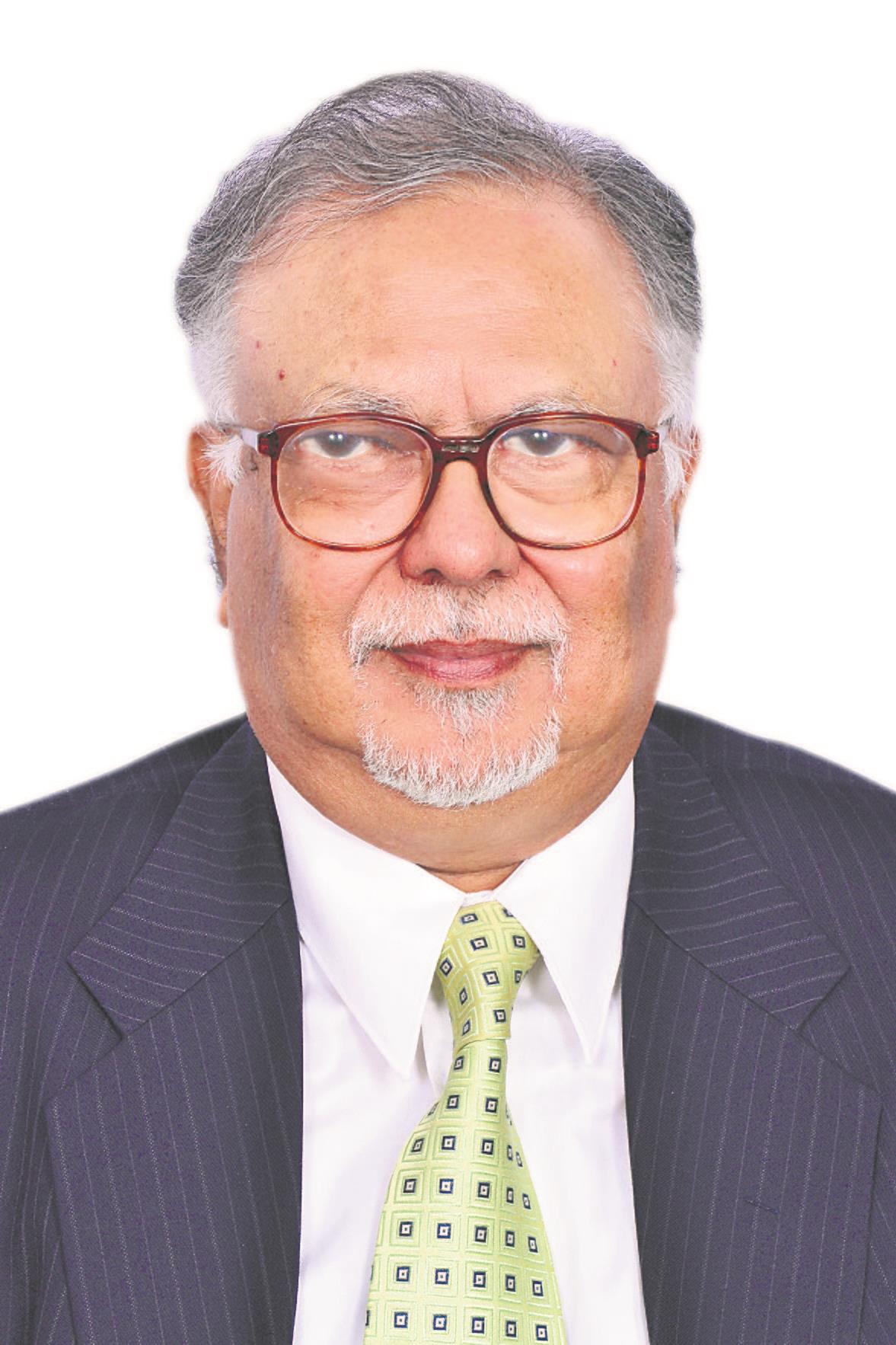 The Biden administration despatched three senior officials to South Asia — Secretary of State Anthony Blinken to India (July 27-28), Defence Secretary Lloyd Austin (July 23 onwards) to Singapore, Vietnam and the Philippines and Deputy Secretary of State Wendy Sherman to Japan, South Korea, Mongolia and China from July 18 to 26 — to reaffirm China’s close ties with its allies and partners (both current and potential) and explore prospects of cooperation with Beijing amid its intensifying rivalry with her.

The thrust of Secretary of State Blinken’s visit to India was mainly on renewing political dialogue with External Affairs Minister S Jaishankar and National Security Adviser Ajit Doval and a call on PM Narendra Modi. Priority areas included preparing for PM Modi’s visit to the US and a physical meeting of the Quad Heads of State/Government later this year, assuring India that the Biden administration was working on a political settlement in Afghanistan which would also meet her concerns post the withdrawal of US troops.

In a joint press conference, Blinken warned that Afghanistan would become a “pariah state” if the Taliban took control by force by committing atrocities against its own people.

Blinken raised human rights concerns at the meeting with Jaishankar, met with a group of civil society representatives in New Delhi and told them that the US and India shared values such as the rule of law and freedom of religion. Much of these concerns were meant to assuage the feelings of Democratic Party factions in the US about the alleged neglect of minorities in India. Jaishankar told Blinken that both the US and India were democracies in progress which were trying to strengthen their polities.

There was a convergence of views on the Indo-Pacific and how Quad could play an important role in coordinating maritime security, connectivity, cyber and digital concerns, reliant supply chains and Covid vaccine-related challenges.

In New Delhi, Blinken also met Ngodup Dongchung, an emissary of the Dalai Lama, and Geshe Dorji Damdul, Director of Tibet House, the most high-profile contact the US government has had with the Tibetans since 2016 when the then President Barack Obama met the Dalai Lama in Washington.

The visit of Wendy Sherman to China was marked by heightened rhetoric from her Chinese hosts, Foreign Minister Wang Yi and Vice Foreign Minister Xie Feng, who told her that the Biden administration had continued the “wrong China policies of Donald Trump by challenging China’s bottom line and intensifying Beijing’s suppression” and these risked big disaster if Washington did not take remedial action.

Making three core demands to the US — don’t challenge or subvert China’s model of governance; remove sanctions for its alleged human rights violations in Xinjiang and Hong Kong; and don’t restrict China’s technological development — Wang said that if there was provocation from Taiwan independent forces, China had the right to take any measures to stop it.

Vice Foreign Minister Feng criticised the US’s “competitive, collaborative and adversarial rhetoric” in which the “real emphasis is on the adversarial aspect, as the collaborative aspect is just an expediency and the competitive aspect is a narrative trap.” Feng added: “China had developed faster than the US in recent years and the trend of China’s economy exceeding that of the US in the future is irreversible.” The US was under the illusion to “contain China’s development to bring her to chaos and collapse, like it did to the Soviet Union.”

Sherman called on China to rise above their differences and work as a responsible power on such global issues as climate change and the Covid-19 pandemic. She pressed for the release of some Americans and Canadians detained in China, saying that people are not bargaining chips and raised concerns about the pressure put on journalists in China.

Wendy Sherman’s visit was part of the Biden administration’s effort to find “guardrails and parameters” of possible cooperation with China, climaxing with a Biden-Xi meeting for direct dialogue. Washington’s position was clarified by Defence Secretary Lloyd Austin when he said that the US hoped to build a constructive and stable relationship with China amid varied concerns and “disapproval of a range of China’s activities, including its assertions in the South China Sea, its aggression against India, coercion against Taiwan and genocide and crimes against Uighur Muslims in Xinjiang.” These differences are real, “the way you manage them counts; US will not flinch when its interests are threatened though it did not seek confrontation. The US will deter conflict in every case and every opportunity,” he added.

Austin’s visit to South East Asia was a first by a cabinet official from the Biden administration and is taking place amid reports that US Vice-President Kamala Harris could visit Singapore and Vietnam this month. Austin said his trip underscored the enduring US commitment to the region and its interest in upholding a rule-based international order in the region, promoting ASEAN centrality. Austin pushed for more partnerships with the South East Asian countries for a “stronger, more stable regional order,” comments which were seen as taking on China in its own backyard.

Wendy Sherman’s meetings with the Chinese officials at Tianjin were less cantankerous than those at Anchorage (March 2021) as America’s primary objective was to enhance its understanding of China’s position, reduce the potential for misperception and miscalculation which could lead to unintended conflict.

Beijing made it clear that it was in a strong position also and would not compromise on its core interests and since Washington had upped the antagonism in recent months, it would have to make some goodwill gesture if it wanted China to reciprocate.

Given their entrenched positions and strong domestic constituencies, a quieter dialogue will be necessary for a Biden-Xi meeting which could create greater stability and predictability in bilateral ties.