US weighing options for military bases in Pak : The Tribune India

US weighing options for military bases in Pak

Washington’s support to sustain disbursement of the $6 billion IMF loan is crucial for Pakistan. Pakistan has been on the grey list of the FATF since June 2018 and the deadline for the final decision has been extended multiple times due to the Covid crisis. The review meetings of the FATF are scheduled for the second week of June and Pakistan is keen to exit the grey list. Pakistan is hopeful that resetting bilateral ties with the US will ease the situation. 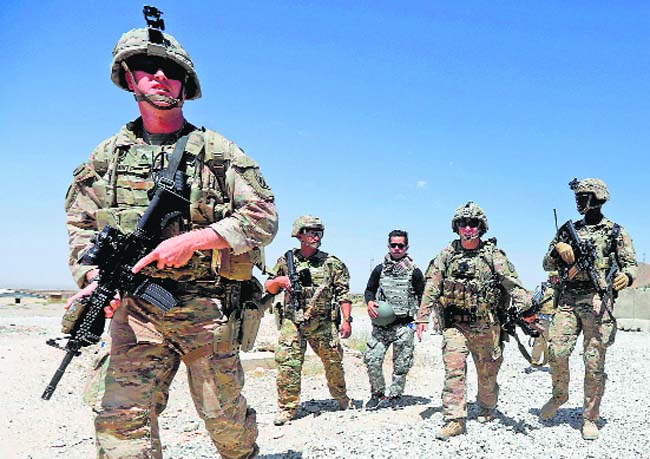 SURVIVAL BID: Strategic motives compel Pakistan to maintain ties with the US. Reuters 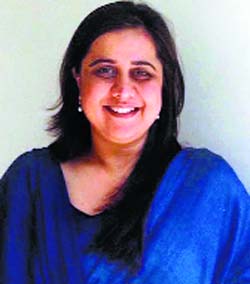 There has been ample speculation of late about Pentagon exploring Pakistan as an option for its air bases to prevent Afghanistan to be used as a base for anti-US terrorism and ensure that Afghanistan doesn’t slide into a civil war after US troop withdrawal (September 11, 2021). Pakistan’s Foreign Minister Shah Mahmood Qureshi, who often manages to attract limelight for his provocative remarks, said that “Pakistan will not be providing military bases to the US for counter-terrorism operations in Afghanistan”. The Afghan Taliban, on the other hand, warned the Afghan neighbours to not allow the US to operate bases on their territory and said, “We urge neighbouring countries not to allow anyone to do so… If such a step is taken again, it will be a great historic mistake and disgrace” and the Taliban would “not remain silent in the face of such heinous and provocative acts”. Pakistan has denied offering air bases to the US (till now), while Pakistan’s foreign office confirmed that the essential framework of cooperation in terms of Air Lines of Communication (ALOC) and Ground Lines of Communication (GLOC) signed with the US in 2001, for air and ground support to the US will remain.

Undoubtedly, Pakistan has compelling strategic motives to improve its strained ties with Washington and is hopeful of doing so under the Biden administration. Moeed Yusuf, Pakistan’s newly appointed National Security Adviser, who has spent a significant amount of time in US think tanks and security policy circles and has earned the confidence of the country’s establishment in the last few months, has the revival of Pak-US ties at the top of his agenda. Imran Khan, after coming to power in 2018, has repeatedly regretted Pakistan’s decision to be a US frontline state in the war on terror. Domestically, there has been tremendous anger on Pakistan fighting America’s war. On the other hand, during the last two decades, Pakistan’s relationship with China has grown significantly and Pakistan assuredly prizes Beijing’s support on crucial fronts: military build-up, $60 billion economic investment, and above all, China’s diplomatic assistance in supporting Pakistan’s Kashmir agenda against India. There have been a few reports of stressful delays in the China-Pakistan Economic Corridor (CPEC) projects and China’s recent refusal to restructure $3 billion in liabilities, but strategically, China and Pakistan remain mutually committed. Despite its deep strategic alliance with China, domestic disapproval, and the Afghan Taliban’s ‘gentle warning’ against providing any military support to the US, the Pakistan military might be willing to go the extra mile to revive its strategic partnership with America owing to the following factors.

Pakistan’s economic crisis needs the International Monetary Fund (IMF) support despite Imran Khan rejoicing the provisional estimates of a 3.94 per cent GDP growth rate during the current fiscal year 2021. Imran Khan's government has been facing serious economics challenges with a low growth rate, inflated debt and high inflation. In 2019, Pakistan entered a $6 billion loan agreement with the IMF which came with tough conditionalities. The IMF has been emphasising implementing the circular debt management plan and remains insistent on tax and energy reforms. Washington’s support to sustain disbursement of the $6 billion loan is crucial for Pakistan. Pakistan has been on the grey list of the Financial Action Task Force (FATF) since June 2018 and the deadline for the final decision has been extended multiple times due to the Covid crisis. The review meetings of the FATF are scheduled for the second week of June and Pakistan is keen to exit the grey list. Pakistan is hopeful that resetting bilateral ties with the US will ease the situation. There are little indications of an alteration in Pakistan's Afghan policy and the Afghan leadership continues to express its anguish over Pakistan’s dual role which has not allowed Kabul to settle down. However, the fact remains that instability in Afghanistan after US withdrawal will intensify Pakistan’s problems and a probable influx of Afghan refugees into Pakistan is a serious concern in Islamabad. Instability in Afghanistan would also embolden the Tehrik-i-Taliban Pakistan (TTP) which re-emerged last year and seems to have grown in its operational strength.

A report released by the UN monitoring team in 2020 indicated that the TTP members are active in Kunar and Nangarhar (Afghanistan). In the past, the US alliance has brought significant military dividends for Pakistan. Islamabad received lavish American financial and military assistance amounting to approximately $33 billion between 2002-17. According to the CRS Report for Congress (2007), the arms deliveries to Pakistan from the US alone in the period of 1999-2006 amounted to $4.6 billion at an average of $575 million per annum. The total value of US arms transfer agreements with Pakistan in 1999-2002 was estimated at $2.8 billion with Pakistan, ranking number ten among the list of recipients. However, there has been a steady decline in US aid after Osama bin Laden’s killing in 2011, which convinced a majority of Americans that Islamabad was not sincere in its counter-terrorism efforts.

The US is weighing its options for military bases for surveillance, reconnaissance, ‘limited’ counter-terrorism operations and support to the Afghan Security Forces. The US has four potential options: 1) Pakistan is the most logical option and the framework of cooperation is already in place; 2) The US has been in talks with the Central Asian Republics regarding the air bases but there is little clarity; 3) US bases in the Gulf, including the base in Qatar, which might not be feasible as it would take close to six to eight hours for drones to fly to Afghanistan; and 4) Aircraft carriers in the Arabian sea, which would come with the rider of requiring frequent mid-air refuelling. It remains to be seen to what extent Pakistan would go to support the American counter-terrorism operations in Afghanistan. It has managed its relationship quite skillfully in the past with the US and China at the same time. Many questions remain unanswered: Will Pakistan work with the US overtly or will it find an indirect support mechanism for the American drone operations? It is interesting to recall that in 2011, the Shamsi air base where US drones were based, was under the control of the UAE, which handed it over to the US. Will Pakistan once again manage to reset its ties with the US without discomfiting the Chinese? While the answers will unfold shortly as the US withdrawal from Afghanistan proceeds, New Delhi needs to watch these developments carefully to formulate its future strategy in the region.