There is a need to give consumers some relief by reducing the retail prices of petroleum products. This is the need of the hour in the light of the huge distress being faced due to the lockdown. In any case, the exchequer will benefit from the huge reduction in the oil import bill which is roughly estimated to halve from $102 billion in the fiscal 2019-20. It could be even more, given the steep fall in demand as well. 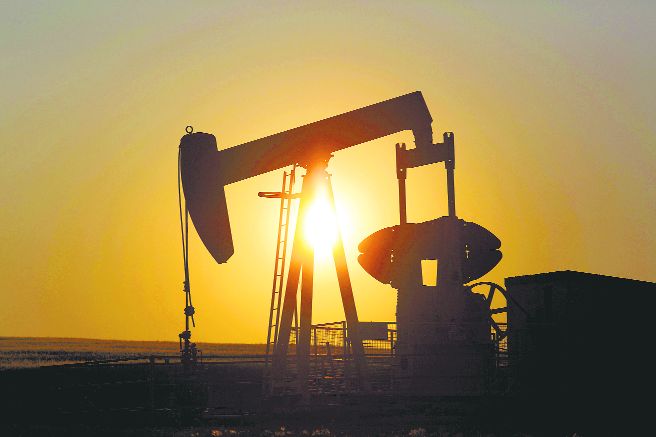 A bright spot: Global oil prices have crashed due to the coronavirus impact.

PROSPECTS for the Indian economy look bleak in the midst of the coronavirus crisis, but there remains one bright spot that could conceivably bring significant relief. And that is the crash in global oil prices. This has been precipitated by a battle between the big players and worsened by the pandemic engulfing the world. Global oil markets had already begun softening before the coronavirus spread its deadly mantle owing to the rift between the Organisation of Petroleum Exporting Countries (OPEC), led by Saudi Arabia and Russia. The three-year-old bonhomie between OPEC and Russia dissipated about two months ago as the latter felt the push to keep prices higher than $50 per barrel was actually a shot in the arm for US shale oil producers. The net result of firmer oil prices was that the US emerged for the first time as the world’s largest oil-producing country.

The spat between the Saudi-led OPEC and Russia coincided with the Covid-19 pandemic and the collapse of global demand. Following the dissolution of the agreement, both Saudi Arabia and Russia began producing more oil, leading to a sudden collapse in world prices in early March. US President Donald Trump’s intervention in March brought the Saudi-led OPEC and Russia back together, but by then the situation had spiralled out of control, owing to the pandemic. With global demand growth virtually nil, inventories have been rising exponentially.

It was on April 21, however, that prices actually went into negative territory for the May futures contracts for the American West Texas Intermediate (WTI) crude. In other words, US oil companies would have to pay to have their oil lifted. It was a scary phenomenon but short-lived for the oil industry. Prices have rebounded back to about $17/barrel for WTI crude and $25 for Brent crude, used as a benchmark for the rest of the world. At the same time, there is every likelihood that this crisis can recur again.

In this dire backdrop of rising inventories and falling prices, India will have to take a pragmatic approach to ensure that its interests are taken care of, not just now, but also for the long run. It must be kept in mind that India is the third largest importer of oil in the world, after China and Japan. In fact, it has even in the past sought to join hands with China to bargain for better terms and conditions from OPEC producers. It also needs to buy over 80 per cent of its crude oil

With prices ruling at such low levels, the first step needed is to build up its strategic oil reserves, keeping in mind long-term requirements. Fortunately, it has been reported that moves are already being taken in this direction. The country’s imports during March this year have been stepped up to 20 million tonnes, the highest for the previous five months. Similarly, purchases are going on rapidly during April, despite a staggering 60 per cent fall in actual consumption since the lockdown began on March 25.

India has strategic reserves capacity in caverns at three locations of 5.3 million tonnes, of which only 50 per cent is being utilised currently. The drive to purchase cheap oil from the market will ensure that this capacity is fully used, giving the country an extra nine days’ stocks in case of emergencies.

In this context, it must be clarified that India generally buys crude on the basis of seven days’ average prices. It has also entered into long-term contracts with most of its major suppliers, stretching over a six-month or one-year period. As for WTI crude, it does not buy much, but recently purchases had virtually doubled from about five to 10 million tonnes annually following cuts in supplies from Iran. Crude oils from West Asia form the major chunk of the Indian basket of crudes which is now at rock-bottom rates.

The second step needed is to give consumers some relief by reducing the retail prices of petroleum products. This is the need of the hour in the light of the huge distress being faced due to the lockdown. In any case, the exchequer will benefit from the huge reduction in the oil import bill which is roughly estimated to halve from $102 billion in fiscal 2019-20. It could be even more, given the steep fall in demand as well. It is, of course, true that the decline in oil prices is a mixed blessing since inflows of excise and customs will also fall owing to vastly lower consumption and imports.

But a cushion has already been provided in the form of at least one hike in excise duty. The other negative so far has been the decline in the value of the rupee vis a vis the dollar which will curtail the bonanza on the oil import bill. But this is not likely to outweigh the plus points of lower global prices.

The third and final step now is to take a long-term perspective on the entire energy scenario and ensure that renewable energy sources continue to be given the highest priority despite low prices of hydrocarbons. Hydel, solar, wind and biomass energy sources need to be given even more importance, given the volatility of the market situation in crude oil and gas. Currently, about 35 per cent of the country’s installed power-generating capacity comes from renewable sources. This needs to be expanded in the long run as the adverse environmental impact of hydrocarbon-based fuels remains a concern. It should not be put on the backburner owing to the short-term scenario of lower prices in world markets. This situation could change rapidly within a year as demand rises once again.

As India faces its biggest economic challenge with the Covid pandemic, it needs to utilise global low oil prices to its advantage. At the same time, it needs to take a long-term view of the entire energy scenario so that the role of hydrocarbons is systematically reduced in the coming years.