Vaccination the key to reining in virus variants

New coronavirus variants emerge only when the virus spends more time and replicates in the body of its host. To prevent such a possibility, the most effective measures are to vaccinate the maximum population quickly and observe strict adherence to the preventive measures in the unlocking period. Our laxity will give leverage to the virus to produce more variants using our own bodies and we cannot afford to lower our guard and invite another wave. 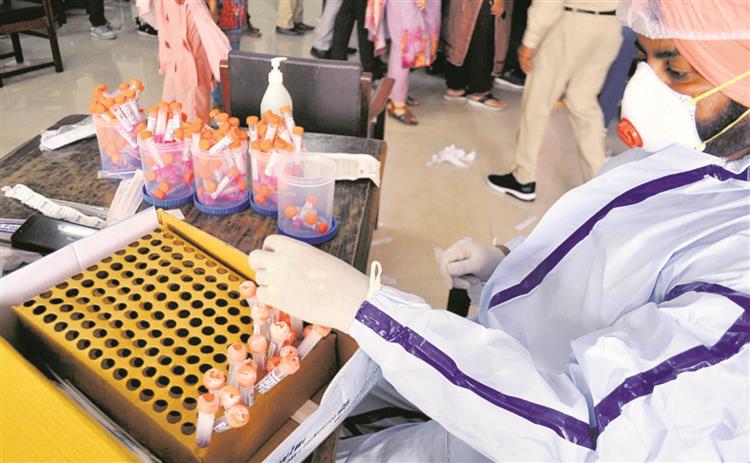 No stigmatisation: As per the WHO, letters of the Greek alphabet such as Alpha, Beta, Gamma and Delta are to be used to name coronavirus variants. Tribune photo 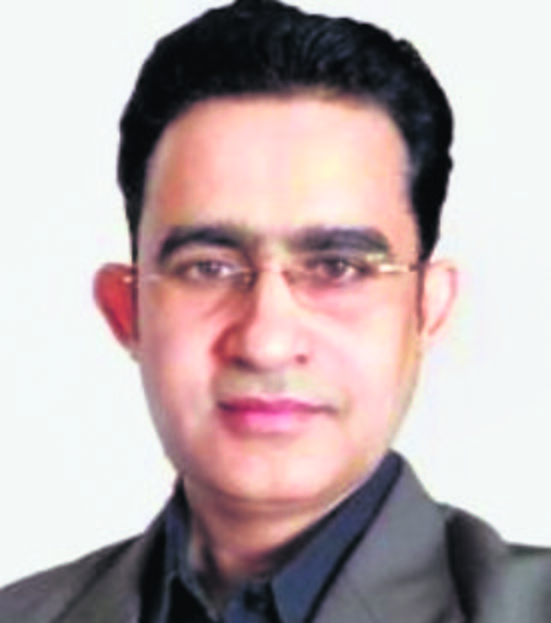 Several strains or variants of coronavirus have been reported since the onset of Covid-19. These variants have been given different names and they have been changing over time. Initially, on account of its genetic similarity with the earlier coronavirus that caused severe acute respiratory syndrome (SARS) in 2003, it was given the name 2019 novel coronavirus (n-CoV-2019). Later, it was named as SARS coronavirus 2 or SARS-CoV-2 by the International Committee on Taxonomy of Viruses.

Another coronavirus nomenclature having a mix of letters and numbers, e.g., B.1.1.7 or B.1.617, depicts the virus lineages, based upon their phylogeny. They are based on the scientific nomenclature system of lineage developed by the open-source international agency, Pango. The global initiative on sharing avian influenza data (GISAID) and Nextstrain use the clad system for naming and tracking the variants. The virologists use these names in their research.

The variants were also named by the media and public after the countries where they originated, like the UK variant, Brazilian variant and African variant. These names sounded like stigmatising the respective countries. The variant B.1.617.2, first reported from India in October 2020, was labelled the ‘Indian variant’.

The World Health Organisation (WHO) has suggested a nomenclature that should be easy to pronounce and was ‘non-stigmatising’. On May 31, it recommended that letters of the Greek alphabet such as Alpha, Beta, Gamma and Delta be used to name the coronavirus variants.

As per the WHO, these variants are classified as VOCs as they either show an increased transmissibility or detrimental change in the Covid-19 epidemiology; or increased virulence or change in clinical disease presentation; or linked with decreased effectiveness of public health measures or available diagnostics, vaccines, therapeutics.

All these variants were associated with an increased incidence rate, severity of disease and mortality in the respective countries of origin.

At present, the Delta variant, which caused the second wave of Covid-19 in India during April-May 2021, has spread to more than 100 countries and is causing a serious health threat. In some cases, breakthrough infections have also been reported where the Delta variant infected even those who had received two shots of vaccine.

In a recent study, Delta was found to be over 1,000 times more infectious than the original variant. It is spreading globally like wildfire and has gained prominence in countries such as Indonesia, Bangladesh, the UK, the USA and South Africa. Based upon its very high infectivity, it is anticipated to grow into a dominant global variant soon.

These variants have undergone genetic changes that may cause increased transmissibility, disease severity, immune or therapeutic escape. They are considered an emerging risk due to the significant community spread or may lead to increased relative prevalence with time.

Another group of variants is ‘Alerts for further monitoring’. They have an unclear impact in terms of epidemiology, but may pose a future risk. They require monitoring and frequent assessment. No names are given to such variants until they become VOIs or VOCs, based on epidemiological evidences. Some former VOIs, such as Epsilon (lineage B.1.427/B.1.429), Zeta (lineage P.2) and Theta (lineage P.3), are now kept in this group as they no longer pose a major risk to humanity.

Genetic sequencing studies of the virus from the field in real time are important to understand how the virus is mutating and evolving into a new variant and whether it could become a VOI or a VOC in future.

We know now that the new variants — VOCs — were associated with the pandemic waves. India faced a deadly second wave this year due to the Delta variant. Experts have pointed out the possibility of a third wave later this year.

On an average, in many countries, the gap between the two waves has been nearly six months, owing to increased transmissibility and immune avoidance capacity of the newly emerged variants. It is also attributed to a decreased antibody response gained from a previous infection over time, which seems to last up to an average five-six months.

The waning immunity in population and laxity of adherence to preventive measures coincide with the emergence of a new infectious variant that results in the next wave.

Regardless of when and if the next wave will come in India, vaccinating the maximum population as soon as possible is the best approach. Vaccination would prevent the severity of the disease or loss of life during the next wave, if not the infection itself.

This has been observed in the UK where more than 80 per cent adult population has been vaccinated with at least one dose and 60 per cent has been given both doses. As the cases surge there due to the Delta variant, the severity and hospitalisation is not as much as it was in the previous waves. As per the latest data from the UK, out of the 3,692 hospitalisations with the Delta variant, 58.3 per cent (2152) were unvaccinated while the fully vaccinated were only 22.8 per cent (843) and the severity of the illness was less in the vaccinated group.

New coronavirus variants emerge only when the virus spends more time and replicates in the body of its host. To prevent such a possibility, the most effective measures are to vaccinate the maximum population quickly and observe strict adherence to the preventive measures in the unlocking period. Our laxity will give leverage to the virus to produce more variants using our own bodies and we cannot afford to lower our guard and invite another wave.