Vaccines available in the country have been tested during duly approved clinical trials and found to be effective and safe. Humanity is in a race against time to avert future waves and end the pandemic. Full vaccination of the maximum population is obligatory, and no time should be wasted due to unfounded fears. The likelihood of a third wave can be averted only by vaccination. The vaccine doesn’t allow the virus to proliferate and limits the possibility of new variants. 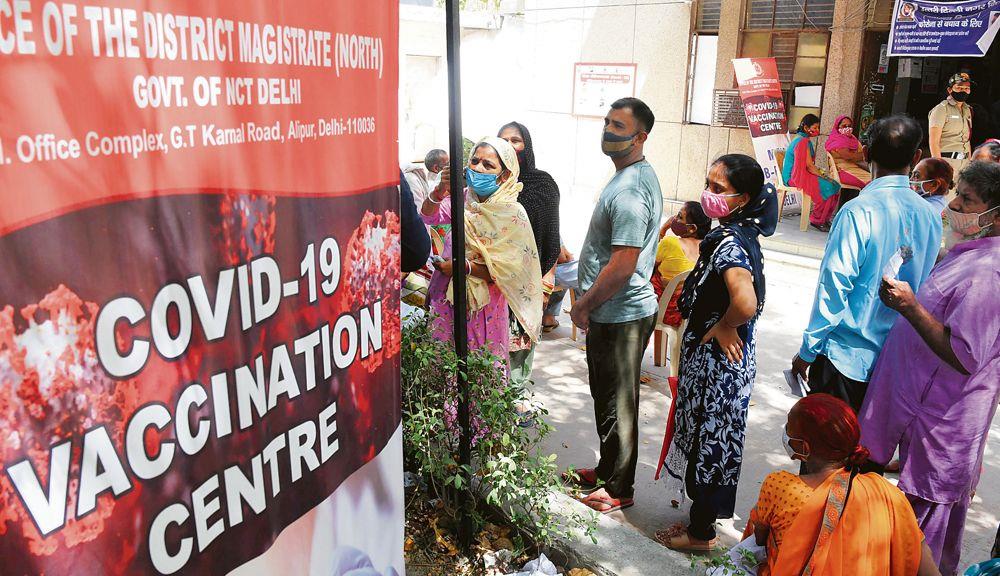 Preventive: Vaccines are being seen as important in checking Covid-19. Tribune photo 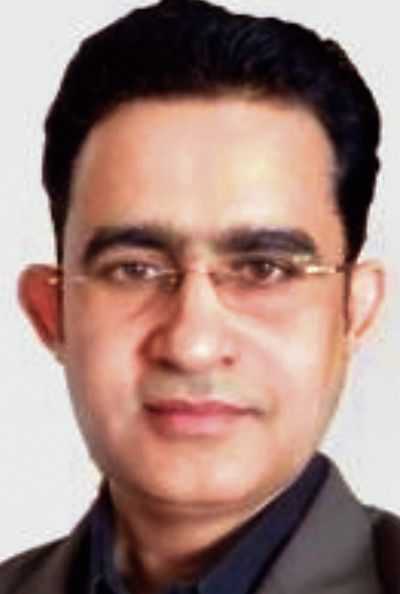 Reports of villagers jumping into rivers or pelting visiting vaccination teams with stones point to vaccine hesitancy. Many common as well as prominent people are refusing to take the jab. Reports and data from different parts of the country show that a significant proportion of people from diverse economic backgrounds and age-groups have an aversion to receiving the vaccine on different pretexts.

Early this year, when a couple of ‘Made in India’ vaccines were being approved by the Drugs Controller General of India (DCGI) for emergency use authorisation, some partisan and irresponsible comments regarding the vaccines sent a wrong message. This deterred many from taking the jab due to misconceptions. Aversion also led to a wastage of vaccines due to a lower turnout at the vaccination centres.

Vaccination is being seen as an effective and credible preventive measure to tackle the pandemic and minimise the damage by a likely third wave. Recent shortage of vaccines, as per government estimates, is temporary and expected to end soon, but an acceptance of vaccines by the commoners, especially in villages and semi-urban areas, is still a challenge. To enhance vaccine compliance, nudging people based on scientific facts and addressing their concerns by dispelling misconceptions associated with the jabs is necessary.

The first major concern is that vaccination may cause death in some cases. Cases of deaths were reported during the early phases of vaccination. As per the figures available from the Union Health Ministry, till March 27, 2021, more than 6.11 crore people were vaccinated and a total of 176 deaths reported among those vaccinated. However, a causative link between the vaccine and deaths could not be established and a proper investigation for the cause of death was required. A national committee on adverse events following immunisation (AEFI) has now assessed these cases and reported that a miniscule number of cases with clotting and bleeding have been found in India after the injection of Covishield, one of the Covid-19 vaccines available in India. These numbers, at 0.61 per million jabs, were much lower than 4.0 or more per million in the UK and other European countries. The AEFI committee also reported that there were no such events after injections of Covaxin.

The Health Ministry has advised health workers to make people aware about the side-effects of vaccination, especially Covishield, and to report any adverse symptoms that may occur in the first three weeks after the inoculation. Looking at the severity and mortality in the ongoing second wave, the benefits of vaccination outweighs the risks and therefore must be taken without any hesitancy.

The second concern among the people is that vaccines are not effective and infections occur even after the first or second dose. Scientists suggest that though some protection may be available a few weeks after the first dose, full protection comes only after two weeks of the second dose of vaccine. One can still get exposed to the virus due to negligence or Covid-inappropriate behaviour. However, data from the Indian Council of Medical Research (ICMR) suggests that only 0.13 per cent of Covaxin-administered people got infected, which was 0.07 per cent for the Covishield-injected. These numbers are extremely low despite rampant non-compliance of Covid-appropriate behaviour. It was also observed that in those infected despite vaccination, the disease remained asymptomatic or mild, and death due to Covid was prevented. It means that vaccines protected the person vaccinated. Still, it is necessary to follow the preventive measures even after taking the jab.

Another myth doing the round, especially in adults, is that vaccine can hamper fertility. This is a baseless and scientifically untenable misconception, mainly prominent in the Western countries. However, no such case has ever been reported anywhere. Instead, reports are now coming that some of those who contracted the infection and recovered, showed erectile dysfunction, especially after the second wave. Vaccines would have helped avoid such post-recovery complications. Scientists and doctors have asserted that vaccines offer significant protection against the virus and minimise infections, severity, hospital admissions, fatality and also lessen the complications after recovery from Covid.

Some minor side-effects associated with vaccination are however real and people should be well advised about them by the hospital staff, Anganwadi and ASHA workers at the vaccination centres. The steps to be taken if symptoms become bothersome should also be instructed clearly. The most common side-effects include pain or swelling at the site of injection, fever or chill, headache, body ache, lethargy, mild flu symptoms, which last up to 36 to 48 hours or a little more. These symptoms can be managed by over-the-counter symptomatic medicines.

Recently, apprehension emerged in some sections owing to an increase in the gap between two doses of Covishield vaccine to 12-16 weeks, although no change was suggested for Covaxin. Initially, the gap between two doses of Covishield was 28 days, which had been revised to 6-8 weeks in March. It was suspected to be a step taken to mitigate the current shortage of vaccines amidst the second wave. But the fact is that the increase was recommended by the Covid-19 working group based on scientific evidence and experience in other countries, especially the UK. A scientist, Andrew Pollard, at AstraZeneca, the company which has developed Covishield, said a longer gap between two doses induces stronger immune response after the second dose and offered ‘very good protection’. A recent study in the Lancet journal has indicated that a longer gap between two doses of Pfizer vaccine, to be available in India soon, may decrease antibody response by over five times against the new Delta variant (B.1.617.2). It was first reported in India and was majorly responsible for the second wave. As new variants emerge, gap between doses may need to be tweaked or booster shots may be required to enhance the vaccine efficacy.

Vaccines available in the country have been tested during duly approved clinical trials and found to be effective and safe. Covishield, made by Serum Institute of India (licensed by AstraZeneca) is reportedly more than 80% effective. Covaxin, made by Bharat Biotech India Limited and ICMR, is around 78% effective. A third vaccine, Sputnik-V made in Russia and licensed to Dr Reddy’s Laboratories for manufacturing in India, is nearly 90% effective. As per the talks with the US Administration, American vaccines from Moderna, Pfizer and Johnson & Johnson (single dose) will also be available in India soon.

Humanity is in a race against time to avert future waves and end the pandemic. Thus, full vaccination of the maximum population is obligatory, and no time should be wasted on hesitancy due to unfounded fears. The likelihood of a third wave can be averted only by vaccination. The vaccine does not allow the virus to proliferate in the bodies of vaccinated persons and limits the possibility of new variants. In the war against the pandemic, vaccinated citizens become invincible soldiers against an invisible enemy.