Propriety and convention should bind serving, re-employed and retired officials 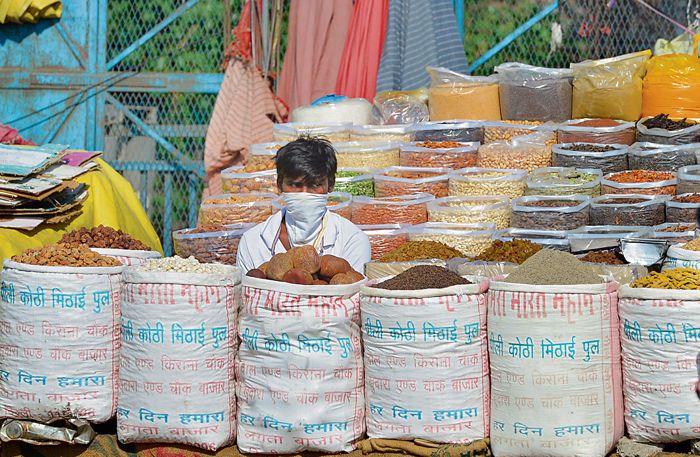 On April 23, the general secretary of the Indian Revenue Service association forwarded a paper entitled ‘FORCE’ (fiscal options & response to Covid-19 epidemic) to the chairman and members of the Central Board of Direct Taxes. The paper was prepared by a group of 50 income tax officers, the general secretary wrote in his covering letter, who had used their ‘knowledge, experiences and commitment’ to suggest measures to counteract the economic and fiscal effects of the pandemic. He also noted that it reflected their ‘young energy and idealism’; indeed, that was correct, for the officers had spent only between one and five years in service; their ‘mentors’ were of their own seniority, but of their two ‘guides’, one was a very senior officer and the other a middle-level one.

The paper found its way into social media and the mainstream media reported some of its suggestions on taxation. These included the raising of the tax rate to 40% for those earning over Rs 1 crore per year and the reintroduction of wealth tax for those having a corpus of over Rs 5 crore. It also mentioned that the imposition of inheritance tax should be considered. At a time when the economy is in trouble and there is concern on how the government would manage the situation, media reports about these suggestions caused confusion and consternation.

The government decisively sought to quell this speculation. It not only denied media reports but also took disciplinary action against the two guides and another very senior income tax officer. They were divested of their assignments, and, according to press reports, formally asked to explain why they had unauthorisedly made the 50 officers to work on the paper and thereafter made it public.

It is likely that the government’s main ire was on the tax suggestions becoming public. There can be quarrel with the view that the government has a right to expect that its employees, irrespective of their seniority, act according to rules, orders and norms, and refrain from making sensitive information public. The question, though, it must ask itself after this episode is if it is allowing the continuance of a permissive culture, where officials at all levels are taking recourse to the media to air their ‘personal’ views on policy matters, both within their domain of work and outside it? This culture has developed over the past few decades, but is becoming more common.

To illustrate: A secretary to the Government of India, who heads the empowered group on supply chain and logistics management of essential goods, recently wrote an article in a leading national daily. He assured that the movement of food, pharmaceuticals and other commodities was going along very well. This is welcome news and is useful for the public. The question though is, why did he not make it public through the normal means of an official press note or a media briefing that would have had wider and more effective circulation, instead of choosing to write an article giving his personal views? This can only be attributed to the growing and unhealthy tendency of serving officers writing in the media.

Another senior bureaucrat wrote on a subject that is in the forefront of the national economic debate, the expected stimulus package. Again, it is not the merits of the arguments made in the article, some of which make good sense, which require focus, but the fact that they were conveyed in the media. If the public could draw inferences through the income tax officers’ paper, they could also do so through the expression of the bureaucrat’s views, even if not to the same extent.

It is obvious that the government does not really take officials to task who violate the conduct rules that prescribe that officials can undertake, without its previous sanction, ‘occasional work of a literary, artistic or scientific character’. Much of the writing by serving officials transcends is not limited to them, but goes into government policy areas. Of course, officials can submit papers on policy matters and the government can clear them for publication with the stipulation that these reflect the personal views of the officials, but would it be wise to follow such a course? Besides, how many senior officials seek such permissions? There was much merit in the old practice that required officials to focus only on their mandate, and if they felt strongly on some issue in which they had expertise, but were not handling it within the course of their current remit, to convey their views only to those handling it in the government.

There is a view that government servants, or for that matter those who occupy official positions in commissions and tribunals, do not relinquish their right to freedom of expression unless specifically constrained by law. The Official Secrets Act is there, but beyond it lie propriety and convention which should bind all—serving, re-employed and retired. They demand that the sanctity of official papers and discussions be maintained by participants, but there is lax approach even when discussions in the highest security national forums are publicly revealed. Are these not breaches of trust that may inhibit free exchanges of views through making participants wary? Should such practices be acceptable? Obviously not.

If it is felt that times have changed and that new conventions and new rules relating to the conduct of serving government officials writing in the press, and of retired officials penning their memoirs are required, they should be spelt out and uniformly applied. In any event, it would not be proper to continue with the confusion and permissiveness that prevails on these issues today.