Once again China has moved forward, once again ‘suddenly’. What was the thinking in Delhi? Why were we again caught off guard? Where is our strategic policy? Why are we always reacting and not taking the initiative? 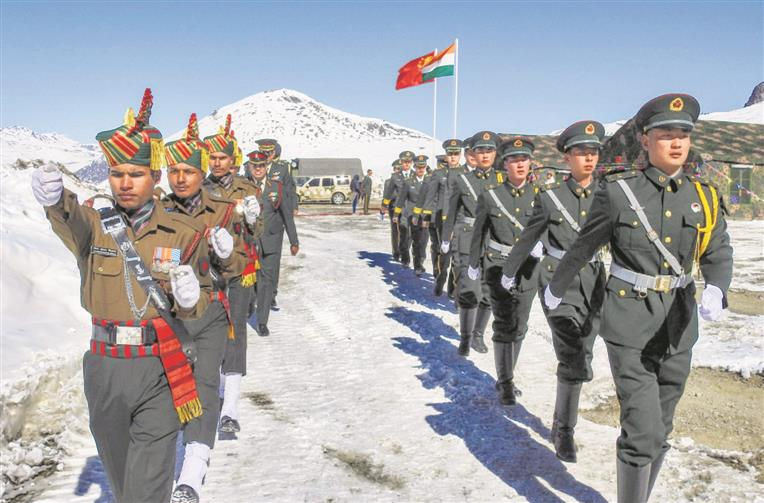 Doklam took place and although taken by surprise, our armed forces rose to the occasion and the Chinese were restrained from achieving their immediate objective. File photo 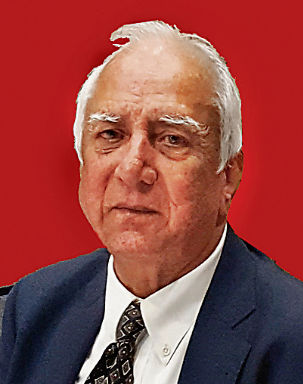 Right from the beginning of Communist China, its rulers appear to have decided to treat India as a competitor for Asian dominance and adopted a policy of Bhai-Bhai deceit to cover up the real intentions. In 1959, Nehru gave asylum to the Dalai Lama, the Chinese took umbrage and used it as a propaganda weapon. They started with protests and border skirmishes, built up forward bases till ‘suddenly’ one day in 1962 waves of PLA soldiers came rolling down the hills in the North-East and Ladakh. We kept on retreating ‘tactically’ till they unilaterally announced a ceasefire. They went back from the North-East on their own but continue to occupy Aksai Chin. An ill-prepared nation was caught on the back foot. In June 2017, Doklam took place and although taken by surprise, our armed forces rose to the occasion and the Chinese were restrained from achieving their immediate objective. However, since then (according to media reports), they have greatly strengthened their infrastructure in the area. If anything, Doklam should have alerted us to the probability of further problems at other points of the LAC. Last year, Article 370 was abrogated, many speeches were made by ruling party leaders inside and outside Parliament on how we were going to retrieve Aksai Chin and PoK. Once again, China protested repeatedly, so did Pakistan. Once again China has moved forward, again ‘suddenly’. What was the thinking in Delhi? Were we so naive to think that these two nations would take the decisions and actions quietly? Shouldn’t we have planned for Chinese aggression? If so, why were we again caught off guard? Where is our strategic policy and vision?

At Kargil in 1999, the Pakistanis occupied the mountains and built bunkers in our territory before we even got a whiff of their presence.

The point is that 1962 happened, Kargil happened and now Ladakh has happened again in 2020. The Chinese have occupied our territory, built fortifications to hold on to these areas. Figures differ as to how much land they have occupied, while we are still debating over whether it is occupation, infiltration, transgression or different perceptions of the LAC, and tom-tomming about capturing higher points in our own area.

Forget about 1962 and 1999 — with all the sophisticated equipment available with the intelligence agencies now, why were we caught napping? Historically, why have we always let the enemy intrude hundreds of kilometres into our land and then fought him? All the invaders from the North-West reached Panipat unchallenged and then defeated us on our chosen battlefield. When I was in J&K, a foreigner remarked that we Indians have the ‘Panipat syndrome’ — we let the enemy come in and then fight instead of taking the fight to them in their land. Why are we always reacting and not taking the initiative? The short answer is that we have never formulated a national strategy of offence and defence; neither the armed forces, nor the diplomats or the politicians. Long-term strategy needs to be formulated after receiving inputs from all the above and other agencies. Taking just one example — diplomacy — how many of our neighbours are with us or will we wait for Uncle Sam as in 1962?

If we are to become a strong and independent nation, we need to have an economy to support it and that will only be built when there is a long-term vision, followed through with short and medium-term plans which are properly implemented. We make fun of Five Year Plans, but they did deliver in the beginning when there was no private sector worth the name. Steel plants, dams, road networks, IITs, IIMs, atomic plants and the space organisation, to name a few. Land reforms took place along with the Green Revolution and farmers were given subsidies, which led to a nation dependent on food imports becoming surplus in its stocks. All in all, there was a design to kickstart the economy and keep it as independent as possible in a polarised world. The Non-Aligned Movement worked for India and we were able to survive the Cold War.

In the meantime, governments came and went, economic policies changed in bits and pieces without an overall long-term strategy. After the ’70s, the common thread passing through all the decades leading to 2014 on economic strategy was lost… enunciated by the short-sightedness of governments taking up issues in piecemeal, but no over-arching structure or vision. The year 2014 brought a lot of hope. The verbal promises of goodies sent the population into raptures. Tidy sums of money were promised to the poor, farmers were promised doubling of income, toilets for all, bullet trains, clean Ganga, crores of new jobs. Sovereignty of the country was declared supreme, not an inch of land to be given, etc. But, remember, no one spelt out a cogent economic, foreign and defence strategy, except for the general talk of ease of doing business and other homilies. What we got was demonetisation, the tangled web of GST with its associated deceit (ask the states).

An already beleaguered nation was faced with the added challenge of the pandemic, and our response was a thunder clap — total lockdown for 21 days with the promise that the virus would be demolished in 21 days. Millions lost roti, kapda aur makan. The country was in total confinement and confusion where everybody was scared of everybody else. Those 21 days are not coming to an end and we are now number two in the world in the matter of infections. However, the government does not talk about it, so it does not exist.

The past century was defined by oil — it was the energy of choice and its control fuelled economies and thereby influenced geopolitics. As climate change begins to dominate the global debate, talk has begun about the decline of the petrostates and the emergence of electrostates, countries which will control the new electric economy. As per ‘The Economist’, Chinese firms produce 72 per cent of the world’s solar modules, 69 per cent of Lithium-ion batteries and 45 per cent of wind turbines. This is not something which was achieved overnight — it is the result of planning and implementation over decades. China’s control of rare earth minerals and its infrastructure and investment in the new economy position it well to dominate the new world order, which leads us to the question: where in all this are we positioned? Where is our national strategic policy and vision to take us to being a global/regional powerhouse? I guess we can debate that after we have settled the SS Rajput issue.

We are gearing up for a confrontation with China and I do not doubt the ability and the courage of our Generals and soldiers, but I fear for a repeat of the old bard Shah Muhammad’s lament on the defeat of the Sikh armies: ‘Ik Sarkar bajon faujan jit ke ant nu hariyan ne’ (Due to the absence of leadership, victory was turned into defeat). What we hope and pray for is Field Marshal Slims ‘Defeat into Victory’.