Wasteland of memories mixed with desire : The Tribune India

Wasteland of memories mixed with desire

The lines at the end of Eliot’s poem The Waste Land, printed in the inaugural issue of The Criterion in October 1922, are probably the most beautiful across the whole range of English poetry. They throw humanity into a sense of skepticism about the life that many of us have lived. We begin to closely interrogate existence, the notion of sympathy and the quality of our lives with the final question: ‘What have we given?’ The poem, therefore, becomes a means of survival in the face of a nightmare. 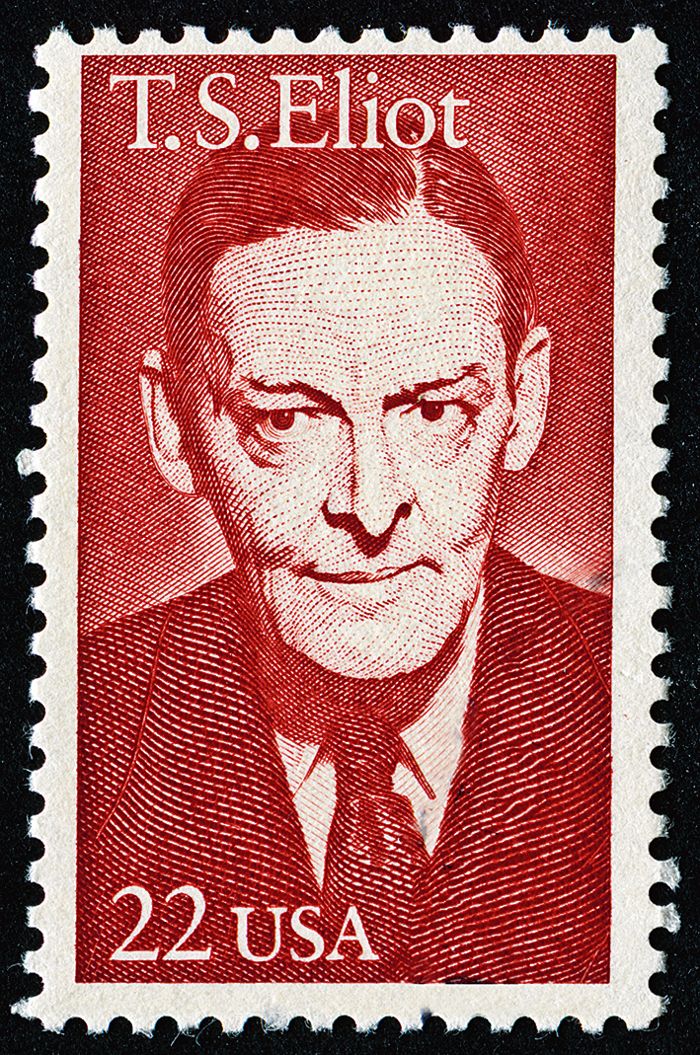 In remembrance: To mark the centenary of TS Eliot’s poem The Waste Land, celebrations have begun across the world. istock

The darkening clouds of deprivation and despair in a world on the precipice of an economic crisis and a possible nuclear disaster with Russia unscrupulously instigating the world are in front of us. The perceived World War III is yet to come, unlike World War I, which preceded TS Eliot’s poem, The Waste Land, printed in the inaugural issue of The Criterion in October 1922.

To mark the centenary of the poem, celebrations have already begun across the world. The audience that gathered at Charleston in Sussex, the countryside haunt of the Bloomsbury group, began the celebrations listening to celebrated actor Benedict Cumberbatch reciting in varying accents, suiting the diverse situations and characters, recapturing The Waste Land’s theatrical significance. And all the while, Anthony Burgess’ score, composed in the 1970s, played in the background.

A gathering at another venue enjoyed a full day of reading, comments and conversations in a programme appropriately called “Fragments”. And near the Tower, a performance of Olivier Messiaen’s “Quartet for the End of Time” was highly evocative of war and death.

Wrapped in themselves, the audience must have been surprised by a seemingly unconquerable time of the ‘Theatre of Cruelty’, where life stands, in the words of French writer Antonin Artaud, “lacerated with everything in creation rising up and asserting itself against our appointed rank.”

Eliot had experienced this dreadful feeling before he decided to get down to this monumental project of epic proportions that would examine “the plunge of civilisation into the abyss of darkness”, as author Henry James described it.

After a “life lived” in the midst of dark times, to use Brecht’s words, humanity still wallows in that insane mood of uncertainty, ennui and the death-in-life existence that Eliot perceived in the crowds walking down the London Bridge:

“Under the brown fog of a winter dawn,

A crowd flowed over London Bridge, so many,

I had not thought death had undone so many.”

Eliot had experienced despair at both — his troubled years with his wife Vivien as well as the war that left behind four years of utter carnage and a sense of collapse and fatigue. The enlightenment assurances of advancement had foundered and human belief in science, religion and politics became problematic, leaving behind disenchanted people amid the spiritual and physical degeneration of the world. The feeling of confidence in our civilisation had brusquely ended in the wasteland of our making, a planet viciously battered. A mood of indecision robs us of the unblemished joys of spring, leaving us staggering tremulously on the edge of darkness.

A litany of images become striking and resound with memories of wars gone by. The talk of rats, London Bridge is “falling down, falling down” and references to World War I and archduke Ferdinand arouse the feeling of ‘endism’ that comes with all wars: “White bodies naked on the low damp ground / And bones cast in a little low dry garret.” And again: “In this decayed hole among the mountains / In the faint moonlight, the grass is singing / Over the tumbled graves.”

The scene seems right out of present-day Ukraine, suggesting a menacing feeling of death, transience and the eventual futility of all human endeavours. His line “Let me show you fear in a handful of dust” speaks for its self. Death juxtaposed with “singing” and hope sets the tone of surrealistic reality that humanity has faced down through the ages. The landscape, the rocks and the rivers are what catch your attention and linger in your memory. The dread of climate change and the threat of social and political anxieties, which define the ambience of the poem, resonate through history.

On the one hand, the poem offers a sense of the arid, of the sterile land, and on the other, an orientation towards grappling with a dark world and moving to a sense of “shanti shanti”, a note of hope the poem strikes at the end, a flicker of joy and peace at feeling life emerging slowly, “breeding”, in the words of Eliot, “Lilacs out of the dead land, mixing / Memory and desire, stirring / Dull roots with spring rain.” The crisis facing humanity metamorphoses into signs of optimism with the onset of the first gust of wind and the clap of ‘thunder’.

The lines at the end of the poem, probably the most beautiful across the whole range of English poetry, throw humanity into a sense of skepticism about the life that many of us have lived. We begin to closely interrogate existence, the notion of sympathy and the quality of our lives with the final question: “What have we given?” This would be the foremost issue before dying:

“…what have we given?

My friend, blood shaking my heart

The awful daring of a moment’s surrender

Which an age of prudence can never retract

By this, and this only, we have existed.”

The poem, therefore, becomes a means of survival in the face of a nightmare, an attitude of the mind that desperately searches for order and meaning. Using references from the great myths and life-enhancing works of Homer, St Augustine, William Shakespeare, Richard Wagner and many more, the poet begins to derive solace in the “fragments I have shored against my ruins.”

Modernity stands juxtaposed with antiquity, and myth with reality, expressing the very idea of chaos, which is a contemporary reality. The modern world is being measured against a richer past. Here, content becomes the form, a type of parataxis that explains the rich integrity of a poetic text. The disorder of the poem, the fragmented structure, depicts the theme of chaos. A shattering vision of broken civilisation resounds in the dark world we find ourselves in.

The year will end with a reading by famous actor Ralph Fiennes in December, but it will leave behind memories “mixed with desire” to emerge out of a world of moral, sexual, political and spiritual decay.

The present-day impoverishment of politics and morality is owed partly to the discounting of intellectual thought and integrity in political processes. The collapse of certainties under the spell of amnesia, inability to relate to history and tradition and the loss of faith in our institutions, indeed, has a solution for both people and the leadership in the ethical lesson of “give, sympathise and control” from the Upanishads at the end of the poem. When all else fails, classical literature becomes our only defence.