We allowed the dystopia we live in

For all the rhetoric of our glorious past and non-violence that we swear by, I can’t think of a more bloodthirsty and violent lot of people than those that live in our own country 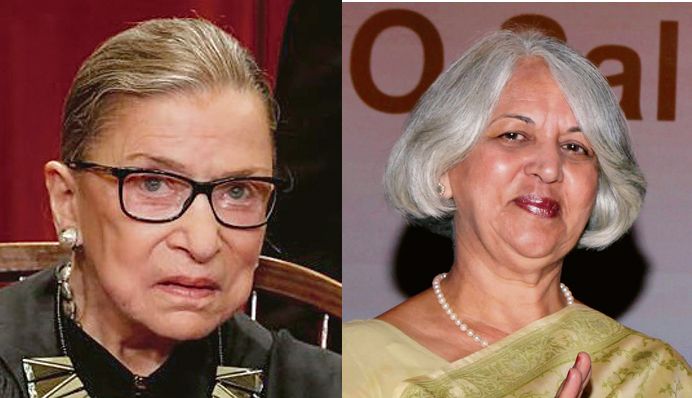 We recently lost two remarkable women, Ruth Ginsburg in the US (left) and Isher Judge Ahluwalia in India, who will be remembered for the fearless pursuit of their goals. Reuters, PTI 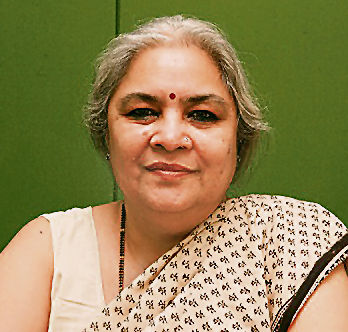 I AM writing this on October 2 and irony strikes me as I remember Gandhiji, and what we have made of the country he bequeathed us just seven decades ago. It seems as if that was another India and the men and women who nurtured the legacy of that extraordinary apostle of peace and social justice, figments of our imagination or fairy tales we were brought up on. Where are those crusaders for women’s rights, equality and dignity for the disadvantaged, those who gave us our unshakeable faith in justice and the Rule of Law? When did we surrender to the tyranny of the lynch mobs, the bigots and the bloodthirsty avengers of imagined insults? Certainly, not in the last few years, no matter how much we may hate the present dispensation and its goons. The grand legacy of our freedom fighters has been slowly whittled away, brick by brick, by the very people who profess to venerate them.

Truth be told, we were all complicit in creating the dystopia we now live in. For all the high-minded rhetoric of our glorious past and the non-violence that we swear by, I cannot think of a more bloodthirsty and violent lot of people than those that live in our own country. Ironically, the very Vedas that give us our most amazing spiritual lessons were also the sources that the powerful used to construct a society built on patriarchy, misogyny and inequality.

The Hathras episode is a re-run of the heartless story of rape and injustice that is now a cyclical occurrence: Bhanwari Devi, Nirbhaya, the girl child molested and gang-raped in a temple in Kathua, the recent Alwar incident — the list goes on and on. These are just a few of the cases highlighted by the media: God alone knows how many girls are abducted, raped and killed, how many are forced to commit suicide, how many disfigured by acid attacks and how many quietly buried by families too scared of the perpetrators to raise their voice. As I saw the heartless police and district administration bully and speak down to the hapless family of the murdered girl, I was reminded of two chilling short stories written almost a century ago by that amazing chronicler of rural India, Premchand: ‘Sadgati’ and ‘Thakur ka Kuan’. The cruelty unleashed by the higher castes on the Dalits in an India of almost a century ago made me realise that nothing, but nothing, has really changed. They still live on the fringes of our villages, banned from drinking from the wells appropriated by the upper castes, denied dignity in life and death.

No amount of justification or what-aboutery will ever erase the scarred conscience of our politicians, civil society, judiciary or the media. For a full 15 days, as this poor, abused girl struggled to stay alive, our media was beaming lurid accounts of that den of vice, Bollywood. Our police were busy chasing two-bit actors across the country, our judiciary was finding excuses for the Babri Masjid demolition and our politicians creating a ruckus in Parliament. For a full 15 days, we were subjected to hysterical reporters chasing Bombay starlets and charas dealers. There was no notice of a poor Dalit girl from Hathras, raped and physically abused, her tongue cut off and her spine broken. Call this a democracy?

Just as one felt that nothing could be worse, came the first presidential debate in the US. This is, after all, the oldest and most admirable democracy in the world. It lays down the law on proper democratic values and fights for justice and the Rule of Law across the world. Those of you who, like me, got up early to see the two contestants for the coming election in November, could hardly believe that this was America and not our own Prime Time debates. Epithets were freely exchanged, rude interruptions and scant attention to the feeble protests of the anchor, ugly personal references to each other’s families — it was a fitting picture of how low the mighty have fallen. In each case, the losers were the two countries that have to choose between one set of asses and another. Sounds familiar? Welcome to the new world order.

If there is any hope left in this scenario, it is in the hands of the women leaders of the world. Those who are quietly steering their countries through this difficult time with grace and dignity. We have recently lost two remarkable women, Ruth Ginsburg in the US and Isher Judge Ahluwalia in India. Please read their biographies to appreciate their contribution to law and economics, but more to honour them for staying true to the path they chose with grace and poise. Their fearless pursuit of their goals, despite the difficulties of circumstances, misogyny and academic resistance to granting women equal opportunities, are lessons for all those who have risen in the world because of privilege, gender and networking. Their contribution to nation-building and an honest commitment to the institutions they nurtured and guided will make you see how trivial our own problems seem, and how shallow the claims of public work tom-tommed each day by leaders who have nothing else but lies to support them.

Gandhiji left us with many maxims to live by. Choose the one you must follow.