We need to forge a new middle ground

The new consensus must be grounded in a positive and self-confident nationalism. An abstract internationalism or post-nationalism is not the answer to shallow and shrill nationalism. The viable response to the dominant rashtrawaad is desh prem, which draws upon the best tradition of our freedom struggle. 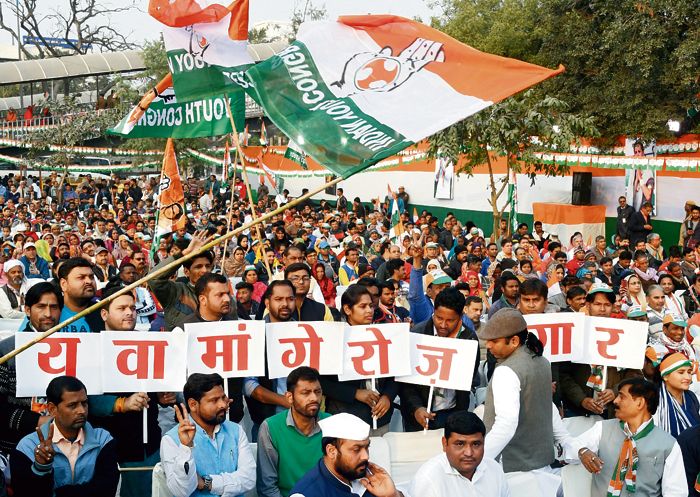 India needs a new ideological equilibrium. As we go through one of the darkest periods in the history of independent India, our Republic needs to discover a new middle ground that can frame hope for a better future. We need to forge a new ideological consensus that can align the public mood with our constitutional values.

This challenge arises because the old equilibrium has collapsed and the new one is unsustainable. It is common to refer to the earlier one as Left and the new one as Right. This European parallel is inaccurate and misleading.

For the first five decades, the ideological consensus in India was defined by a mix of liberal democracy with nationalism, socialism, secularism, social justice and modernism. Over the years, this consensus degenerated. Liberal democracy was reduced to populism, nationalism faded into an empty slogan, socialism meant privatising profit and socialising risk, secularism turned to political opportunism or deracinated posturing, social justice was limited to caste-based reservations and modernism became a cover for cultural slavery.

No wonder, the public stopped subscribing to it. The spectrum of public opinion has shifted away from this old consensus. The new mid-point comprises acceptance of soft authoritarianism, aggressive and parochial nationalism, market fetishism, brazen majoritarianism, perpetuation of caste hierarchy and obscurantism. Every Indian must worry about this because this deadly ideological mix is out of sync with our constitutional values. This is also unsustainable, as it would mean the end of India as we have known it. This is not a stable equilibrium.

Yet, we cannot go back to the earlier ‘Nehruvian’consensus. The Left-Liberal-progressive politics wants to go back to it. That's neither feasible nor desirable. The older consensus had degenerated. It sidestepped any serious engagement with issues of ecology, caste and gender inequalities and cultural and religious sensibilities of the people. Frankly, the older equilibrium was premised upon an elite consensus that shut the doors on the people. Those days are over for good.

We have no option except to forge a new middle ground. There is no readymade recipe for this. But we can anticipate seven ingredients that the new consensus must have.

First, the new consensus must be grounded in a positive and self-confident nationalism. An abstract internationalism or post-nationalism is not the answer to the shallow and shrill nationalism that dominates the public mind today. We cannot look down upon nationalism the way European intellectuals do. The only viable response to the dominant rashtrawaad is desh prem, a positive nationalism that draws upon the best tradition of our freedom struggle. This would mean taking pride in India and giving a substantive meaning to the idea of India. Externally, this would involve securing for India, along with our neighbours and other post-colonial states, a rightful place at the global stage. Internally, this entails an investment in the Indian model of national unity that accepts deep diversities.

Second, we need to evolve a secularism anchored in our cultural and religious ethos. Communal bigotry cannot be defeated by deracinated secularism; defensive minoritariansim is no response to aggressive majoritarianism. Disengage from western debates on secularism as State-church separation.

Our real issue is religious and sectarian conflict. We need a state that practises sarvadharmasamabhav: equal respect for, principal distance from and non-discrimination against all religious communities. At the same time, the State must be able to act in a non-partisan manner against any oppression or injustice within any religious community. Turning our back to religious traditions won’t help us achieve a secular State. We must learn to have deep and open-ended engagement with all our religious traditions.

Third, we need to work out some variant of market socialism that stands firm on the end goal of last person first, while remaining flexible on the mechanisms for achieving this objective.

Bureaucratic State socialism is no answer to the inequities and wastefulness of the capitalist order. Markets are here to stay, just as is State regulation. Our economics must become ‘eco-norm-ics’: an integration of economic rationality with ethical norms and ecological sustainability. The focus of welfare policies needs to shift from basic needs like food and housing to employment, education and health.

Fourth, we must foreground the issue of social justice while embracing a multi-dimensional approach to it. This avoids the pitfalls of identity denial and identity obsession that mark today’s politics. This would involve acknowledging and addressing caste inequalities in a more serious way. It would involve recognising many cross-cutting dimensions of social inequalities that require state policy response: gender, sexual orientation, class, region, religious community and locality (rural-urban). Responding to various forms of injustice invites us to expand the repertoire of instruments of social justice. Caste-based reservations must be fine-tuned. The issues of political representation and leadership of women and marginalised communities need special attention.

Fifth, environmentalism cannot be kept at the margins of the political agenda anymore. We cannot live in denial of the enormous environmental cost, mostly for the adivasi communities, of what we call development. Nor is climate change denial an option anymore. Movements for peoples’ control over Jal-Jangal-Jameen have laid the foundations for environmentalism. This also calls for a reorientation in our agrarian policies and practices.

Sixth, our cultural policies and politics must be guided by the quest for Indian modernity that characterised our freedom struggle. This would save us from the shallow and imitative modernism on the one hand, and the defensive and inferiority-stricken traditionalism on the other. This would entail recovery and reconstruction of our civilisational heritage, while being open to learning from the world. This would necessitate a focus on the promotion of Indian languages, recognition of existing knowledge, traditions and recasting of the education curricula to reflect our needs, context and intellectual resources.

Finally, we need to embrace democratic republicanism, both as an end and a means. This requires us to recognise that democracy is not just about crafting a constitution, creating institutions and holding elections. It involves the creation of a political community of equal, informed and involved citizens. It takes us beyond the regular issues of liberal democracy: freedom of expression, institutional autonomy, procedural checks and balances, etc. It invites us towards deepening the democracy by decentring political power and ensuring equal access to resources and people’s direct participation in decision-making.

None of these elements is new, though their combination might be somewhat unfamiliar. The middle ground proposed is not a brand new ideology. It is merely an explication of what exists in our Constitution and an attempt to connect these to the public. In that sense, the forging of a new ideological equilibrium is not just an academic or intellectual task. It requires a shaping and shifting of the existing spectrum of public opinion. This is a political challenge.