There is, in law, nothing repugnant in the state Acts. Apart from the obvious legal position that agriculture and markets are state subjects, it is well settled that the prescription of a higher standard or additional qualifications by states to fine-tune any (omnibus) Central law is very much within the jurisdiction of a state’s legislative competence. It is a mode of legislative conduct known to law.

SOLIDARITY: The Punjab legislature felt the pulse of the community and passed the Bills to protect farmers. 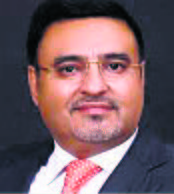 Speculation and smokescreens have historically been potent tools to trivialise achievement and advancement. Though momentarily, they allow the user the proverbial sleight of hand to shift focus from fact to fiction. I say this in the context of the reactions to the farm laws enacted by the Central Government and consequent legislation by Punjab.

The Central laws, shrouded first as ‘emergent’ ordinances and then as controversially passed Acts, created new ‘trade areas’ within the states, put these trade areas outside the existing state market/mandi system and, hence, beyond the regulatory scope of the existing state law. The protective mechanism and oversight of local/state structure evaporated, leaving the farmer vulnerable to exploitation by large trading houses in farming agreements. The nationwide unrest the Central legislation has caused bears testimony to this.

This invariably laid the basis for the state to step in and ensure that the interests of the farming community were not held to ransom by big traders and corporate houses. On October 20, Punjab passed its own farm Bills, reinstating legislative protection for Punjabi farmers.

On plain reading, the three Punjab Bills firstly ensure a level playing field on pricing. They mandate that the purchase of wheat and paddy (Punjab contributes around 32 per cent of these two foodgrains to the Central pool), at a price lower than MSP (Minimum Support Price) shall not be permissible.

As in any good law, compliance is ensured by introducing a deterrent. Compelling a farmer to sell his produce at less than the MSP has been made a criminal act with a minimum punishment of three years’ imprisonment and fine. An additional avenue of dispute resolution over and above the remedies available under other laws in force has also been provided. Minimum thresholds for validity of contracts for farm produce in the state have been provided without doing violence to the Central laws.

In 1952, the Supreme Court of India had rightly declared in the case of Maharajadhiraja Sir Kameshwar Singh of Darbhanga, “The legislature is the best judge of what is good for the community, by whose suffrage it comes into existence...” The Punjab legislature felt the pulse of its community and unanimously passed the Bills to protect its farmers. In doing so, the state has admirably fulfilled its constitutional duty to the people by whose suffrage it came into existence. Yet, without looking at the pith and substance of the laws in question, bugles of some apprehended ‘repugnancy’ are being sounded. The Bills have now been placed for the Governor’s assent.

There is, in law, nothing repugnant in the state Acts. Repugnancy only occurs when the provisions of both laws “are fully inconsistent or absolutely irreconcilable” with each other, as held by the Supreme Court in the case of KT Plantations (2011). Apart from the obvious legal position that agriculture and markets are state subjects, it is well settled that the prescription of a higher standard or additional qualifications by states to fine-tune any (omnibus) Central law is very much within the jurisdiction of a state's legislative competence. It is a mode of legislative conduct known to law. Examples are available in many spheres, including education, service qualifications, and, more recently, in the Covid-19 lockdowns that were subject to more onerous conditions imposed by states.

In the absence of any legal repugnancy and with the far-reaching public good that the Bills ensure, surely the Governor ought to provide his assent to the Bills expeditiously. The naysayer, however, speculates that the Governor will refer the Bills for Presidential assent or will withhold consent indefinitely. Surely, the Governor or the President will take into account repugnancy or lack thereof and the prevailing conditions in the state and grant assent.

Cursory research would reveal that the indefinite withholding or denying of consent by the President is not a common occurrence, as is being bandied about by all and sundry. It would be a constitutional abnormality, if not an aberration, echoed only once when President Zail Singh received the Postal Bill on December 22, 1986, and was to demit office on July 25, 1987; he neither consented nor refused assent, but ‘sat on the Bill’, creating what is known as a ‘pocket veto’. Arbitrarily denying consent when protective laws have been so unanimously passed by all parties/Members of the House, for an otherwise vulnerable class, such as farmers, may even be termed as a constitutional crime.

Standing tall above all this are the provisions of our Constitution and its history. The President (and Governor in a state) “occupies the same position as the King under the English Constitution,” said the Chairman of the Assembly’s Drafting Committee, BR Ambedkar, on November 4, 1948, while introducing the draft Constitution in the Assembly. The changes made in the draft on the President's assent (Article 91) denied him any veto power, pocket or other power allowing him to “declare either that he assents to the Bill or that he withholds assent therefrom” and to do in a period “not later than six weeks after the presentation to him of a Bill for assent” if it is not a money Bill. In October 1948, the drafting committee removed the six weeks’ limit and substituted for it the words ‘as soon as possible’. They are stronger than the words ‘as soon as may be’ used in Article 22(5) apropos of the furnishing of grounds of detention to detenues. As for withholding consent indefinitely, it is trite law that where no time limit is prescribed for exercise of power, such power has to be exercised within a reasonable time.

Rather than speculation, it is time for solutions. Given that ‘the right to food’, recognised as a constitutional right by the Supreme Court, was the object in passing the National Food Act, 2013 (a Central Act), while passing the Central laws, the Central Government has lost a golden opportunity in making MSP a statutory right.

A financially empowered farmer results in augmented crop yield, which, in turn, nourishes the food bowl of India. Procurement by the FCI feeds the Public Distribution System of the country and an economically vibrant agrarian society would feed the masses. There could be no better motive for a law. And no higher cause in public interest.