What Biden may mean for India

Has expressed desire to strengthen ties, but we will have to do our bit 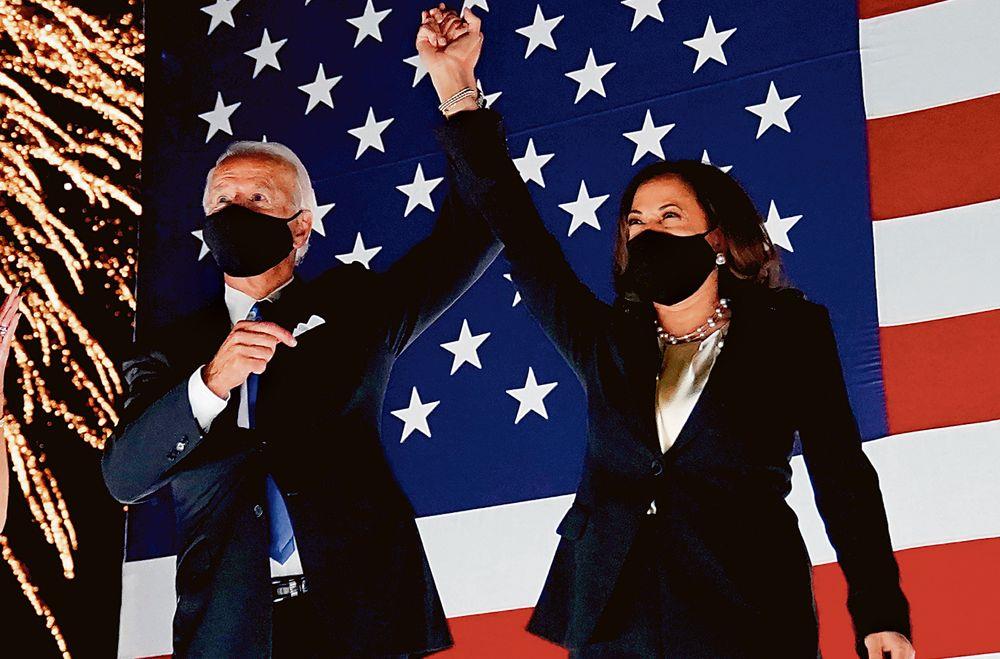 Give & take: There is an opportunity to forge a mutually rewarding relationship.

The Democratic Party Convention in the US is over. As expected, Joe Biden, who was Vice President to Barack Obama during 2008-16, will be the presidential candidate at elections due in November. His Vice-Presidential choice is Kamala Harris, who has both Indian and Jamaican ancestry. If the latest polls are any indication, the Biden-Harris slate should register a comfortable win. However, polls do not always translate into vote count. A low turnout and delayed postal ballots may yet hand over the presidency to Trump. But let us assume that the Democrats win the elections. What will this mean for India-US relations?

If the Modi government had a vote in the US elections, it may be cast for Trump. This preference was displayed at the ‘Howdy Modi’ rally at Houston in 2019, when Modi, in the presence of Trump, spoke of ‘Abki baar Trump sarkar’ as a slogan of candidate Trump. While this was explained away as referring to Trump’s candidature in 2016, that was not how it was interpreted by the assembled crowd, Trump himself and the Democratic Party. One hopes that Indian diplomats, at various levels, are reaching out and engaging with Biden, Harris and their key advisers so that any negative fallout of Houston is minimised.

What explains the higher comfort level the Modi government appears to enjoy with Trump in the White House? Trump has shown little interest in domestic political developments in India, whether these relate to change in the status of J&K, the passage of the CAA or the general drift towards a majoritarian agenda. Trump’s more transactional approach to inter-state relations suits the Modi government which itself is adopting a generally transactional foreign policy, interpreting India’s external interests in more narrow and ostensibly realist terms. Trump’s deal-making instincts parallel this realist turn in Indian foreign policy. Perhaps another congenial element is Trump’s increasingly hostile approach to China. While India may stop short of seeking alliance with the US, it sees its strategic partnership with the US as an important component of its management of the China challenge. Recent developments at the India-China border have heightened the value of American support, even though it is clear that the US will not fight India’s battles with China or Pakistan. There may be apprehensions that a Biden presidency could lead to amelioration of tensions with China, perhaps even a kind of modus vivendi, which may leave India out in the cold. The Chinese have given up on Trump and are rooting for a Biden presidency, even though their expectations of a more amenable administration in Washington may prove to be overly optimistic. The confrontation between the two major powers is now structural and unlikely to change with a change of guard at the White House.

Biden has already expressed his desire to strengthen India-US relations. What may limit his room for manoeuvre on India is the erosion of a two-decade-old bipartisan consensus in the US Congress on strengthening relations with India as a fellow democracy and enjoying shared liberal values. This bipartisan consensus on India has been quite remarkable, having been sustained despite an intensely polarised polity. The Democrats already control the House of Representatives. They may well end up controlling the Senate as well. Democrats are likely to be more focused and critical of some of the political decisions of the Modi government and this may lead to an action-reaction dynamic which vitiates the positive sentiments that currently characterise our relations. Even Biden himself has declared that under his administration, various dictators will not be given a pass. This presages a more ideological tilt in US foreign policy. There is a view that what will count is whether there is real convergence of interests between the two countries, but even a supportive administration may find itself constrained by opinion within the US Congress. We saw this operate in ample measure while negotiating the Indo-US nuclear deal. In the initial stages, there was a strong opinion against it in the Congress and it took a sustained effort to change the situation. The Bush administration was frequently stymied in delivering on commitments made to India because of congressional opposition. It is imperative that the outreach to the Congress be intensified. Engaging those who may harbour negative sentiments about the Modi government or its actions will be particularly important. Shunning such critics is the wrong approach.

If a Biden presidency indeed comes about, several initiatives suggest themselves. In greeting the new President, PM Modi may extend an invitation to him to be chief guest at Republic Day, even if that does not materialise due to the pandemic. Biden has made clear that getting control over the pandemic in the US will be his first priority, and it is likely that he will reverse Trump’s decision to exit the WHO. Since India is presiding over the WHO Executive Council for the next two years, here is a readily available opening to work closely together with the new administration to evolve and implement a truly global strategy to meet this public health challenge. India will also be a member of the UN Security Council for the next two years and will host the G-20 summit in 2022. For a Biden presidency, unlike for Trump, these will be important to display US leadership and preference for multilateralism. They offer opportunities to forge a mutually rewarding Indo-US relationship.