What more powerful Xi means to the world : The Tribune India

What more powerful Xi means to the world

The 20th Party Congress marks a watershed in China’s contemporary political history and the beginning of a new phase. It exemplifies Chinese Communist Party Central Committee general secretary Xi’s absolute grip on the CCP. The members of the Politburo and its Standing Committee are Xi loyalists and the ‘work report’ approved by the 20th Party Congress bore Xi’s firm imprimatur. 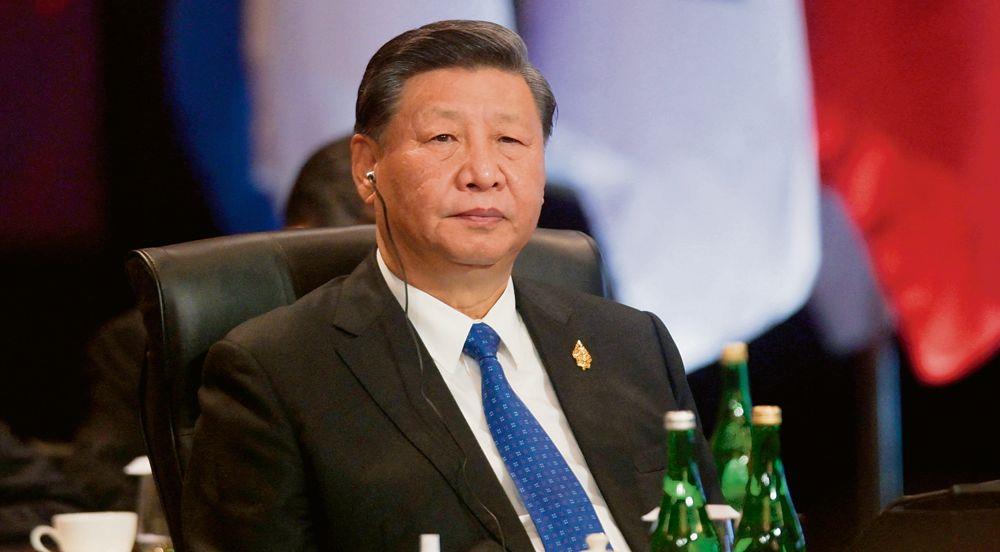 Aconfident and assertive Chinese President Xi Jinping met world leaders on the sidelines of the G20 summit in Bali, Indonesia. In his meeting with US President Joe Biden on November 14, which was closely monitored around the world, Xi spelt out China’s ‘red lines’ on Taiwan, but signalled a desire to ease tensions and agreed to the resumption of certain official contacts. China is now preparing for early meetings between the top trade and defence officials. Conscious of optics, the state-owned China Central Television’s telecast of the meeting pointedly showed Biden walking up to Xi.

Separately, again in full view of the cameras on November 16, Xi ticked off Canada’s Prime Minister Justin Trudeau, who listened to him like an errant schoolboy, for divulging details of their conversation to the media. The implications of the 20th Party Congress are still being studied in world capitals, but it is clear that Xi has emerged from it with even greater authority.

The 20th Party Congress (October 16-22) marks a watershed in China’s contemporary political history and the beginning of a new phase. It exemplifies Chinese Communist Party (CCP) Central Committee (CC) general secretary Xi’s absolute grip on the CCP. The members of the Politburo and its Standing Committee are Xi loyalists and the ‘work report’ approved by the 20th Party Congress bore Xi’s firm imprimatur. Xi has pushed China into becoming a one-man totalitarian state.

As on previous occasions, a tight security blanket comprising over a million personnel was thrown over Beijing and the restive provinces. Despite this, two separate incidents indicated that resentment simmers among the people and CCP cadres.

On October 16, the opening day of the 20th Party Congress, a ‘worker’ unfurled a banner atop a bridge in Beijing’s Haidian university district, protesting the government policies. An unconfirmed report says there were protests in eight other cities across China. The second incident occurred on the final day of the Congress in full view of journalists. The meticulously choreographed proceedings, intended to display Xi’s unchecked power, were disrupted with the unprecedented removal of Xi’s mentor and former Chinese President Hu Jintao.

While all members of the Politburo Standing Committee (PBSC) and Politburo (PB) are Xi loyalists, official releases nevertheless again stressed Xi’s authority. They made apparent that he was personally involved in the selection process and there was no single criteria for selecting cadres. Emphasising this, the official Xinhua news agency on October 24 asserted, “The party and national leadership positions are not iron chairs”, indicating that Xi can remove PBSC and PB members at any time. This implies that the PBSC will accept Xi’s diktat and no longer take decisions on the basis of consensus. Ding Xuexiang (60), who was the trusted head of Xi’s general office, is the only current PBSC member eligible for a second term and with no designated successor yet appointed, the way is open for 69-year-old Xi to continue in office for another term or longer.

Aware of the adverse international environment, Xi avoided abrasive rhetoric in his ‘work report’, but was blunt in his implicit criticism of the US. He referred to “external attempts to blackmail, contain, blockade and exert maximum pressure on China”, warning that “external attempts to suppress and contain China may escalate at any time”. He was nevertheless defiantly uncompromising in reiterating the goals set out at the two earlier Congresses and assured “we will continue to work hard and build China into a great socialist country that leads the world in terms of composite national strength and international influence by the middle of the next century.”

The 20th Party Congress endorsed continuance of the tough policies on ensuring the CCP’s pre-eminent position, national and domestic security, ‘zero-Covid’, economic regulation and reform, and the assertive foreign policy. The ‘work report’ included three additional sections, indicating the new priorities for China’s leadership. These were science, technology and innovation, legal reform and national security. There was a separate section on national defence. Endorsement by the Party Congress implicitly accorded approval to Xi concentrating power in his person and building his personality cult.

It’s significant that despite the downsizing of the People’s Liberation Army (PLA), its representation in the Party Congress and CCP CC increased from 37 members in the 19th CCP CC to 43 in the current CC. Specially significant for China’s neighbours is use for the first time of the terms “shaping the security situation” and “winning local wars” in the directives given to the PLA. These reflect the growing regional tensions especially with India, Taiwan and Japan.

Tougher language than at the 19th Party Congress has been used for Taiwan, with Xi hinting that reunification could be achieved during his tenure.

India merited special negative attention. A film on the Galwan clashes between Indian and Chinese military personnel was screened on the opening day of the Party Congress for nearly 5,000 delegates, special invitees and officials in the Great Hall of the People. This indicates that China will not change its attitude towards India and is prepared for a long period of strained relations. Besides, a larger number of PLA officers familiar with the Western Theatre Command have been inducted into the newly constituted CCP CC and Central Military Commission. Additionally, the language discussing military training and deployment, which said: “This will enable us to shape our security posture, deter and manage crises and conflicts and win local wars”, means increased pressure on India’s borders with the high probability of further clashes.