What Ramani’s win taught me about courage & solidarity

Victories of victims who dare to stand up to the powerful are few and far between. That is why we must absorb all the learnings from this story of triumph 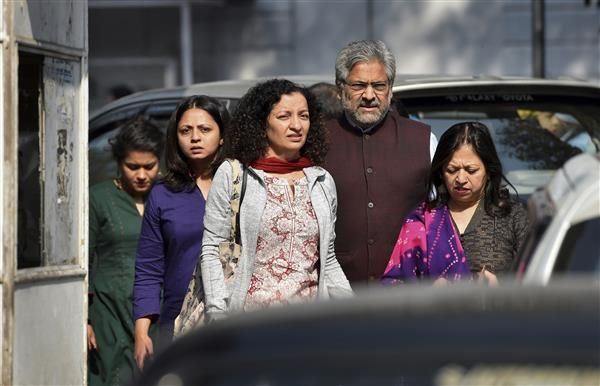 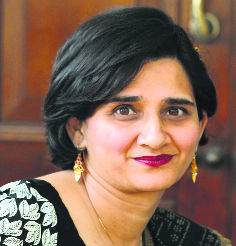 I was there in court when ACMM Ravindra Kumar Pandey read out the judgment that acquitted journalist Priya Ramani of criminal defamation against former minister MJ Akbar and upheld her right and that of every woman to speak her truth and expose sexual abuse fearlessly and publicly.

Along with others, I heard the judge say that a woman cannot be punished for raising her voice against sexual abuse. She has the right to put her grievance on any platform of her choice and even after decades. The shame is not the victim’s but of the society in which crimes and violence are perpetrated on women.

I did not immediately realise how big the impact of this judgment would be. This defamation case had come as a backlash against women who — inspired by the global #MeToo movement — had shared their experiences of sexual harassment on social media. #MeToo refers to the fact that workplace harassment is so pervasive that nearly every woman, across generations, has experienced the humiliation of being targeted, even if she has stayed silent for decades.

Tears were stinging my eyes and I saw another senior journalist trying to hold back hers as the judge finished reading the verdict. I assumed it was a personal quirk that was making some of us emotional in this moment of validation from a court of law. Within minutes of leaving the courtroom, the news began to break across social and mainstream media and the resonance was stunning. Just like the sharing of stories of abuse had empowered each other’s voices, this ruling too was being received as a shared triumph.

Among other cases, this judgment brought back memories of the 17-year-long struggle for justice endured by IAS officer Rupan Deol Bajaj, who had been forced to file an FIR against the IPS officer, KPS Gill, when she found that her complaint of having been sexually harassed by him in the presence of other bureaucrats was not being addressed by her own seniors. In a historic judgment in 2005, the Supreme Court had convicted the celebrated police officer, holding him guilty of the charges of molestation.

“Letting it go meant living with lowered self-esteem and gulping down my humiliation. I did not fight against KPS Gill. I fought against society’s mindset,” Bajaj said in an interview to the BBC that is being shared again. The line that reassures me the most is when she says, “When I fought, it was me alone, now it is #MeToo.”

In a text to Ramani earlier this week, I asked her what it meant to her to witness this phenomenon of her case judgment being celebrated so inclusively.

“It’s great to feel that ‘yes! we did it’ frisson of excitement run through women of all ages and socio-economic backgrounds,” she texted back. “It’s also sad because clearly we all empathise with the issue of sexual harassment at work. And after all these decades of fighting for safety in the workplace, one reason we are likely celebrating so loudly is because our victories are so few.”

For me, this is also a time to applaud the support networks that have enabled a person like Ramani to fight the battle that was thrust upon her. I was witness to the rigour and hard work of her lawyer, Rebecca John, and her team, who represented Ramani pro bono. Her friends and thousands of supporters spoke up in solidarity to ensure that Ramani was never alone. Her husband, the journalist Samar Halarnkar, who wrote this in an article when Akbar had filed the defamation case against Ramani, “She has always had a strong sense of right and wrong, black and white, and she has never lacked courage. It is one reason I married her.”

It is true that the onslaught of daily injustices wears us down and the victories of victims who dare to stand up to the powerful are few and far between. It is precisely this reason that we must absorb all the learnings we get from this story of triumph.

“I was going to take this case to its end, whatever it was. I also knew that I had already won by fighting this battle, whether or not I won in court… because I stood up to a powerful man without feeling scared,” Ramani has said. I cannot think of a better example of how best we can all add courage and solidarity to the mix of privilege and opportunities we already have to make this world a better place for all of us. — The writer is an author & filmmaker