When Indians get angry 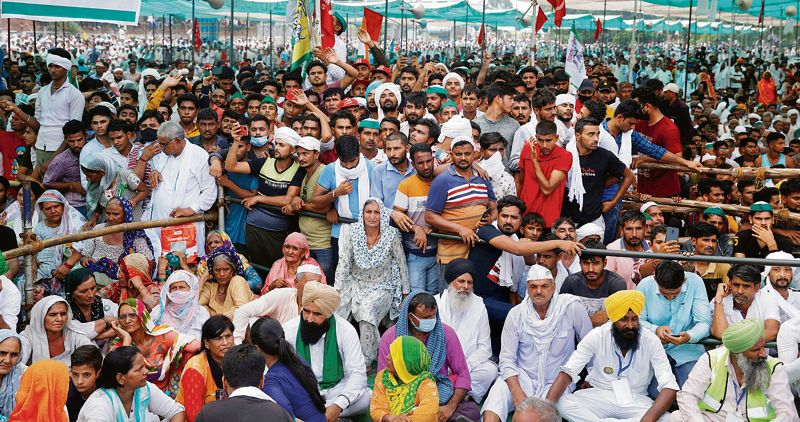 Common cause: The farmers' agitation has found resonance in UP. Reuters 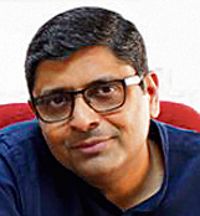 Poll time is when opportunists wager their political capital. So, party-hopping during elections deserves special attention, particularly when ministers and local strongmen put their greed at stake. In Uttar Pradesh, 12 MLAs, including three ministers, have quit in just three days. This is a significant turn of events because nobody normally dismounts a winning horse, that too a saffron stud. In a clear case of vindictive afterthought, the backward caste minister Swami Prasad Maurya, who quit the BJP on Tuesday, was served an arrest warrant the day after his resignation from the Yogi Adityanath cabinet.

If communal spite and polarisation are the BJP’s only antidote to the incensed voter, these old tricks may not work — for an angry India does not think communally.

The first sign of serious distress for the BJP in UP was the Centre’s decision to repeal the contentious farm laws. It was clearly aimed at the Jat community that has varying degrees of influence across western UP, which accounts for 135 seats. Soon, reports from western UP (including The Tribune’s story, ‘Winter of discontent in western UP’) indicated that the Jat discontent is getting converted into a social alliance of Jats and Muslims against the BJP over the secular issue of farm distress and the Centre’s apathetic imposition of the laws, even if they were subsequently repealed. This social alliance has also found a political expression in the tie-up of Jayant Chaudhary’s Rashtriya Lok Dal with Akhilesh Yadav’s Samajwadi Party. Interestingly, western UP goes to the polls in the first two phases and will be badly affected by the campaign ban on account of the milder Omicron surge.

The BJP had won about 100 out of 135 western UP seats and 51 of the 71 Jat-dominated constituencies in the last Assembly polls in 2017. With a three-fourth majority and 312 seats in a house of 403 on its own, a loss of a few seats would not have really mattered to the BJP. But the Jat discontent seems to be merely the reflection of a deeper political angst against the ruling establishment — socially and politically. UP is a place where one’s social identity counts most. The more the Chief Minister begins to identify with his own caste or community, the greater the opposition it builds. When Mulayam Singh Yadav and Akhilesh Yadav nurture Yadavs using Muslims as props, the other communities obviously gang up, bringing the incumbent down.

This fact of identity anti-incumbency or a group apathy against the Chief Minister for empowering only his or her own community has been ensuring organic opposition against ruling parties in UP and elsewhere, disallowing incumbents to continue in power. Most leaders who have bucked this trend are those without community baggage, like Jyoti Basu and Naveen Patnaik. Interestingly, Yogi Adityanath was hyped up as a Hindu monk without a caste bias. The revolt of the Jats and now the other backward caste leaders against Adityanath reveals that the BJP’s Hindutva plastering over the caste cracks is peeling off. Adityanath is looked at more as a Thakur or Rajput leader than a Hindutva consolidator, thereby weakening the credibility of the BJP’s saffron campaign.

Along with the Jats, the non-Yadav OBCs are a significant block of voters and when some of their leaders with a criminal past come out of the protection of the ruling establishment, it surely reflects the larger sentiments of the people who they represent. Sure, these opportunists could be jumping ship merely because of the fear of being denied the party ticket or for lucrative offers from various quarters. The BJP is expected to deny tickets to a large number of sitting MLAs to overcome anti-incumbency. Still, these MLAs would have done their basic math before throwing their ministerial perks away. The question is: are the people of UP angry enough with the BJP?

However much political parties take credit for regime changes, they happen primarily because of a negative vote. It was not a vote for the Congress in 2004, but a vote against the BJP; similarly, the 2014 mandate was also for change and hope against the corrupt UPA. The anti-corruption movement led by Anna Hazare and Arvind Kejriwal since 2011 successfully unleashed a tidal wave of opposition against the UPA; and the BJP and its leadership were the beneficiaries. Now, the anger against the Centre, expressed during the farmers’ agitation, has a bearing on the elections in at least two states: UP and Punjab. In UP, if those who have quit the BJP have any politics beyond personal aspirations, they seem to represent the fury against governments at the Centre and in Lucknow. For, the BJP has been running a strong campaign over the ‘double engine of growth’ and if the people are still not convinced, then both the engines have to bear the brunt of their anger.

In Punjab, the removal of Captain Amarinder Singh has helped the Congress fight anti-incumbency, particularly because he has struck an alliance with the BJP. The greatest gain for the Congress in Punjab is that the free-floating anti-establishment anger got channelised into the farmers’ protest against the Centre. So, despite the Congress being in power in the state for a full term without much to talk about, the Centre has to face the people's ire. The security lapse of not keeping the Prime Minister’s route sanitised has also, curiously, let the Chief Minister score a few brownie points with the irate farmers.

There is no landslide in the BJP’s favour in Goa, Uttarakhand or Manipur, giving a fillip to the theory of the angry India. Are these Assembly elections the tipping point of people’s angst against the Central government? Well, unlike other governments, particularly led by disparate coalitions, the Modi government is cohesive, purposeful and proactive. It sees the writing on the wall much before others do, courtesy its regular surveys that read the people’s pulse. If the Haridwar and Raipur Dharm Sansads, communal spite and the moth-eaten idea of polarisation are the BJP’s only antidote to the incensed voter, these old tricks may not work — for an angry India does not think communally.