Which way China will go : The Tribune India

Which way China will go 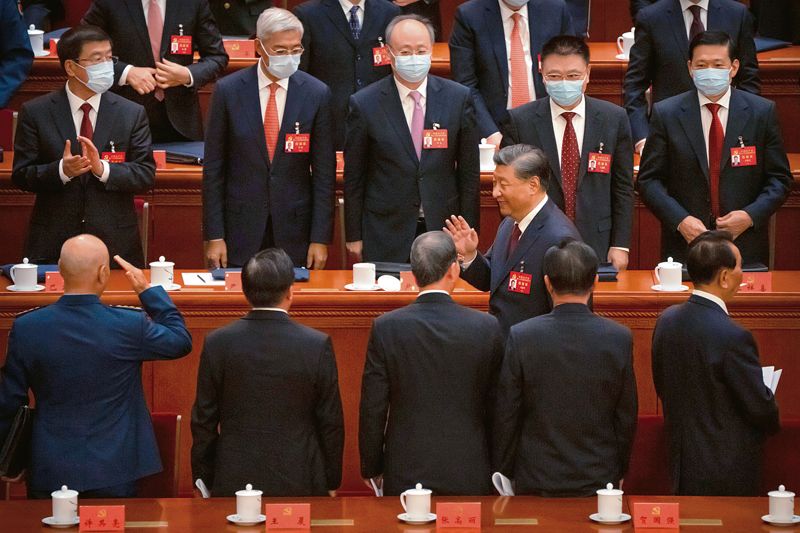 More power: Amendments to the party constitution may result in the 'Xi Jinping Thought', which will elevate him to the level of Mao Zedong. AP 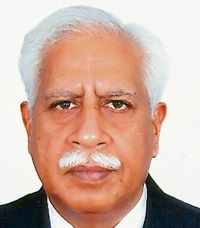 The 20th National Congress of the Chinese Communist Party (CCP), which started on October 16, is a watershed event in China’s post-Deng Xiaoping history for a number of reasons. Attended by 2,340 out of 2,379 delegates, including 83 specially invited delegates, it will be closely monitored by capitals around the world. CCP Central Committee (CC) general secretary Xi Jinping’s work report to the Congress as well as the new leadership line-up that will be unveiled on October 23 will similarly be scrutinised for clues as to China’s future direction.

The development will also reveal the extent to which Xi has consolidated power and secured the party’s support.

Former leaders Jiang Zemin and Zhu Rongji were absent, probably due to ill-health, but veteran revolutionary, 105-year-old Song Ping, sat on the podium along with other retired leaders, including Xi’s immediate predecessor and former Premier Wen Jiabao.

On the opening day, Xi read excerpts from the 72-page report, focusing on its main points. Unlike at the 19th Party Congress in 2017, the state-owned CCTV said this year Xi got a long, standing ovation when he entered and didn’t share the stage with anyone but stood alone.

He struck a confident note in his speech even while warning that China must be prepared for ‘strong winds and high waves and even dangerous storms’. He declared that ‘China’s international influence, appeal and power to shape the world has significantly increased’. He said ‘Confronted with drastic changes in the international landscape, we have maintained a firm strategic resolve and shown a fighting spirit’, adding ‘Throughout these endeavours, we have safeguarded China’s dignity and core interests and kept ourselves well-positioned for pursuing development and ensuring security’. Pointing to ‘scientific socialism’ and ‘Chinese wisdom’ in the report, Xi said China offered a ‘new choice for humanity’!

As in the previous congress, Xi reiterated ‘the commitment to socialist market economy and high-quality opening up’ and asserted that development was the party’s ‘top priority’ in governance. He reiterated the importance of the recent policies to ‘balance development and security’, ‘common prosperity’ and ‘dual circulation’. While he underscored the need to ‘regulate income distribution and regulate the mechanism behind the accumulation of wealth’, he underplayed ‘common prosperity’. Implying an emphasis on self-reliance and innovation, the report incorporated new sections on science and education, national security and the legal system. Technology was another priority area. The references to security and ‘balanced development’ confirm that the two will be interlinked.

This congress is especially significant as it signals a break in the convention established by the leadership since the 17th Party Congress of a two-term tenure for the general secretary of the Chinese Communist Party CC — China’s most powerful post. There is no defined term limit in the party constitution for the general secretary, but Xi’s continuance for a third term will be a break with the practice since Mao’s death in 1976.

Important is that by re-electing Xi for a third term, the 2,340 delegates will have endorsed his policies. They will have also implicitly approved his style of governance, thereby acquiescing to the concentration of all power in his person. His reappointment will signal that the practice, followed in varying degrees by the CCP’s higher echelons of taking decisions by consensus, has been discarded. This will be reaffirmed if, as mentioned by the politically neutral Hong Kong newspaper Ming Pao on June 23, the party congress decides to designate Xi as lingxui, or ‘leader’.

There was a visible effort in this direction by the CCP CC’s just-concluded 7th plenum. Disclosing on October 13 that there will be amendments to the party constitution, a report in China’s official Xinhua news agency said ‘the latest achievements of adapting Marxism to China’s context and new circumstances will be fully epitomised and so will the new ideas, new thinking and new strategies of governance developed by the CPC Central Committee since the party’s 19th National Congress in 2017.’ If this results in the ‘Xi Jinping Thought’, it will elevate Xi to the level of Mao Zedong!

In the two months between mid-August and October five books on his thoughts on various subjects have been published. These covered a variety of subjects, like governing the party, socialist spiritual civilisation, on strengthening the army, and a volume on ‘Xi Jinping’s stories’.

The announcement on October 23 of the members of the Politburo Standing Committee and politburo will reveal the extent to which Xi has been able to induct loyalists into these bodies. It will demonstrate the extent to which he has consolidated power and secured the party’s support. In other words, the fig leaf of inner party democracy, together with steps (albeit tentative) towards separation of Party and State sought to be put in place by Xiaoping — precisely to prevent the emergence of an all-powerful leader like Mao — will have been given a quiet burial by Xi. This congress will accord it the party’s approval.

The contours of Xi’s policies in certain important areas like security and the economy are already visible. The ‘zero-Covid’ policy is unlikely to be relaxed. No foreign countries were mentioned, but Hong Kong and Macau figured with tough language for Taiwan ‘separatists’. Indicating the continuing importance of security and social stability, Xi declared in the report that ‘national security is the foundation of national rejuvenation’. He reiterated the goal of making China prosperous and strong by the middle of the century and of building a community with a shared future for mankind.