Desultory endeavours to locally source special clothing and mountaineering equipment were repeatedly rejected by the Army, which is somewhat incredulous as manufacturing winter clothing involves no advanced technology. Such tactics only ensure the continuation of overseas visits for costly SCME purchases. 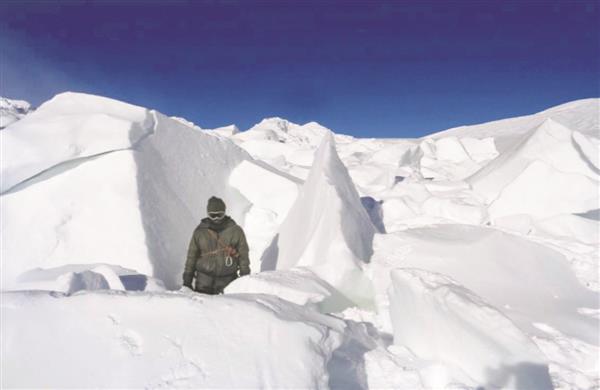 Lamentable: 80 per cent of special clothing for soldiers at heights is imported. 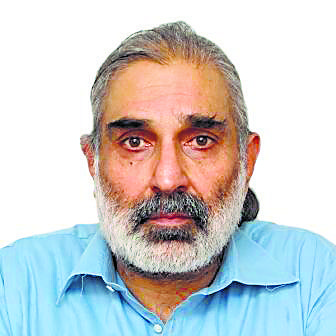 The Indian Army’s near complete dependence on imported high-altitude clothing and associated mountaineering equipment for nearly four decades will be highlighted yet again when its troops deploy against the irredentist People’s Liberation Army (PLA) in eastern Ladakh during winter.

After mid-August, when the PLA’s pullback from the occupied Indian territory along the Line of Actual Control (LAC) appeared doubtful, the frantic and costly procurement of special clothing and mountaineering equipment (SCME) began. It was done to equip the over 40,000 troops positioned at heights between 12,000 and 18,000 feet to prevent further PLA ingress. Ministry of Defence (MoD) and Army officials fanned out across Europe, Australia, Canada and the US to procure assorted high-altitude gear under ‘emergency purchase’ procedures in times of massive financial indigence of kit that can easily be sourced locally.

The Army’s Vice-Chief of Staff, Lieutenant General SK Saini, stressed as much recently when he lamented the fact that the force continued importing SCME due to lack of ‘viable indigenous solutions’. Speaking at a webinar earlier this month, Lieutenant-General Saini reiterated the need for collaborative efforts under the Atmanirbhar Bharat or self-reliant India initiative to meet critical SCME requirements, which have astonishingly endured since 1984, after the Army took control of the 17,000-foot high Siachen glacier.

Despite India being one of the world’s largest garment and footwear producers, it had failed miserably in making clothing items like Down jackets, insulated trousers, gloves, socks, mittens, caps or even triple-lined snow boots for its soldiers to combat temperatures averaging minus 20 degree Celsius. These drop precipitously further to minus 40 degree in the upper Himalayan reaches, accentuated brutally by the merciless wind chill factor.

The Army was also wholly dependent on imported Arctic tents, sleeping bags, backpacks, ice-picks and associated rudimentary mountaineering survival equipment, essential for survival at those vertiginous heights. The limited Ordnance Factory Board (OFB)-made extreme cold climate clothing and equipment (ECCCE) supplied to the Army, like jackets, trousers and boots, were not only ill-fitting and operationally restrictive, but also inadequate against the cold even at heights far less than that of Siachen or the LAC.

Sporadic attempts over the decades to indigenously source SCME through a handful of collaborative ventures had come to nought. Deposing before the parliamentary standing committee on Defence in late 2019, an Army representative declared that some 80 per cent of the essential three-layered special clothing with thermal insulation and other items essential for soldiers at climatically murderous heights continue to be imported. Attempts to domestically acquire such kit, he regretted, had not met with the Army’s ‘acceptable standards’.

The officer was merely echoing what the MoD and the state-owned OFB responsible for equipping the Indian military with weapons and materials, too, told the committee of their inability to kit out the Army in such a testing environment. Thirty-six years after the Army had installed itself permanently at Siachen, the MoD and OFB said technical collaborative efforts with technical institutions were still under way to develop electrically heated vests, but little had emerged.

The experience of a senior MoD official, who travelled to some European countries a decade ago to inspect the manufacturing and testing facilities for SCME, ahead of finalising contracts for these items for the Army, are instructive. He said a Swiss vendor, who was a regular SCME supplier to the Indian Army, told him that he had advised the MoD that most of the high-altitude gear it imported recurrently could easily be made indigenously. He indicated his willingness to collaborate in a venture to domestically kickstart winter clothing units after visiting a potentially capable manufacturing unit near Agra during one of his India trips.

Thereafter, he said that the MoD continually prevaricated on the project, before eventually letting the proposal lapse. But in a telling and somewhat embarrassing comment, the Swiss dealer candidly told the visiting MoD official that the putative collaborative project had not evoked interest as its success would have obviated the need for visits by Indian officials to European countries to source SCME. He was dead right as several years later, high-altitude clothing procurement missions continue their overseas travel uninterruptedly, even more assiduously in recent months to meet the Army’s requirements for its pan-winter deployment along the LAC till April 2021.

Desultory endeavours to locally source SCME were repeatedly rejected by the Army, which sounds somewhat incredulous as manufacturing winter clothing involves no advanced technology or knowhow. Besides, it’s a goal not impossible to achieve for the Army’s much-feted Directorate of Indigenisation, mandated over a decade ago to propagate product import substitution. Moreover, it further stretches disbelief that India, which designs and manufactures long-range nuclear and other missiles, nuclear submarines, fighter aircraft, helicopters and tanks, simply cannot make SCME.

Around 2006-07, the Army instituted buffer stocks of certain SCME items, but puzzlingly, a suggestion to recycle hugely expensive down feathers from discarded clothing into locally manufactured high-altitude clothing was rejected on specious grounds. In short, such tactics only ensured the continuation of overseas visits by the MoD and Army personnel for expensive SCME purchases which, surprisingly, were also recently revealed to be in short supply.

In February this year, the Comptroller and Auditor-General (CAG) censured the Army for enduring shortages of essential SCME that had persisted for four years till 2018 and included snow goggles and multi-purpose boots. The national auditor disclosed that the paucity of snow goggles ranged from 62-98 per cent, whilst those of multi-use snow boots had compelled soldiers on Siachen to use ‘recycled’ footwear.

The CAG further castigated the Army for purchasing 31,779 ‘substandard’ sleeping bags at inflated rates, in addition to acquiring ‘inferior’ backpacks that had failed to meet stipulated specifications. Army personnel, the CAG added, had to make do with ‘older versions’ of essential items like face masks and jackets, instead of the better and more modern varieties at high altitudes.

Let’s hope that with a bit of luck, perspicacity, and possibly hindsight, such circumstances will not be perpetuated in the ongoing LAC deployment.