Subhas Chandra Bose was an iconic and extraordinary figure, much revered for his immeasurable role in the freedom struggle. It is not difficult to say what he would have made of his name being tossed around in the election arena 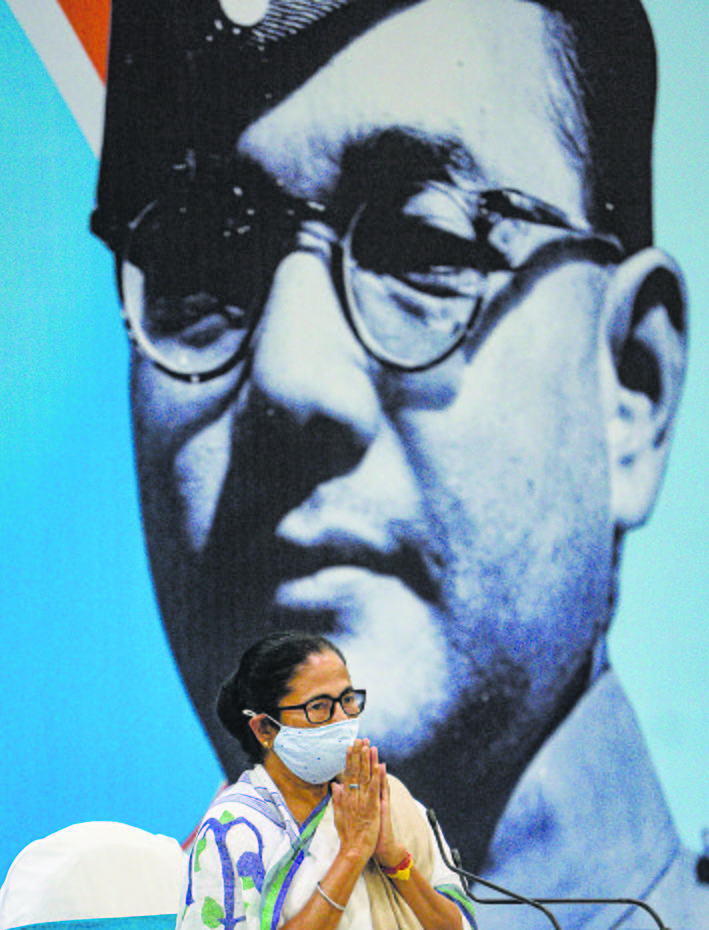 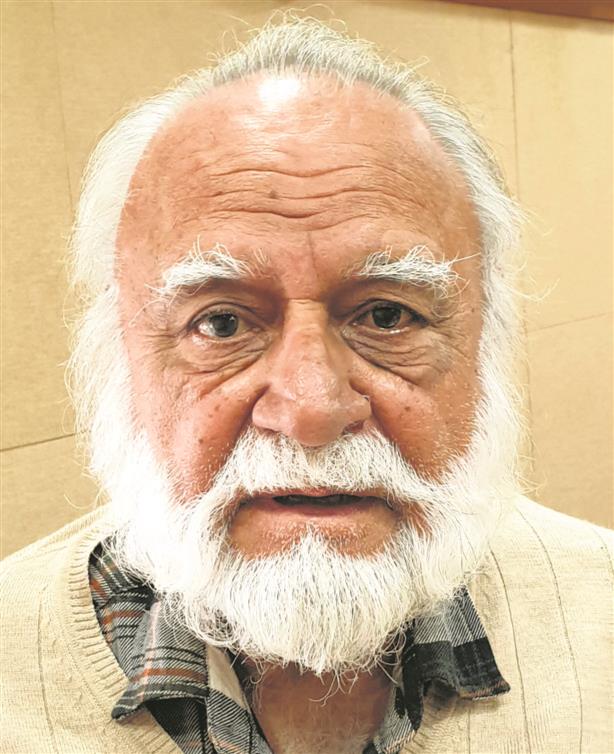 The writer is a veteran journalist

SUBHAS CHANDRA BOSE, an icon of our Independence movement, is in the news for all the wrong reasons: the West Bengal Chief Minister and head of the Trinamool Congress, Mamata Banerjee, is invoking his name, as is the Bharatiya Janata Party in the run-up to the state elections. What Netaji would have thought of it is another matter. The Centre’s unilateral decision to celebrate January 23, the birth anniversary of Bose, as ‘Parakram Diwas’ (Day of Valour) seems to have caught the TMC on the back foot. The TMC wants it to be celebrated as ‘Desh Nayak Diwas’ (Day of the National Hero). On a different note, it is also worth reflecting why we, as a people, revere certain individuals so much that any criticism of them can lead to threats, and even violence.

The late Dom Moraes once wrote a book on Bombay, as it was then called. I was asked to interview him on Doordarshan. Dom had written something on Shivaji that the Shiv Sena, named after the Maratha warrior-king, found offensive. Their goons assembled outside the studios, threatening to attack us. Doordarshan hastily cancelled the programme. In Maharashtra, you need to think twice before saying anything against Shivaji. Founder of the Shiv Sena, the late Bal Thackeray, an admirer of Hitler, is fast becoming another sacred figure whom you criticise at your peril. Likewise, West Bengal has three icons: Subhas Chandra Bose, Nobel laureate Rabindranath Tagore, and filmmaker Satyajit Ray. None of them can do any wrong. My late father, Khushwant Singh, once had the temerity to say that he did not think Tagore was a good writer of short stories. Hey Ram! The West Bengal legislature passed an all-party resolution condemning him. When he landed at Calcutta, as it was then called, there was a demonstrating mob to greet him. They clearly did not believe the adage that writers should be read, not worshipped.

Let’s now turn to Bose (born incidentally in what is now Odisha). A brilliant mind, he qualified for the prestigious Indian Civil Service. However, to his barrister father’s fury, he turned it down to join politics and the freedom movement. He had a visceral hatred for the British, unlike his main rival, the Anglophile Jawaharlal Nehru, who had a sneaking admiration of them. In 1938, when he was just 41, Bose was elected president of the Congress, defeating Mahatma Gandhi’s candidate. It was the first time there had been a contest for the leadership. There was acrimonious correspondence between him and Nehru, indicating that the two did not see eye to eye. Gandhi’s non-violence also ran counter to Bose’s avowed militancy. “Give me blood, and I promise you freedom,” became his rallying card, far removed from Gandhi’s pacifism. Bose had no time for Vallabhbhai Patel, whom the BJP has made their mascot. He contemptuously likened the ‘Iron Man’ to a “country bumpkin”.

As the Second World War loomed, Bose warmed towards the “national socialism” of Hitler and Mussolini. For him, any enemy of Britain was his ally, such was his hatred for the British and their rule. For Nehru, on the other hand, the fascism of Hitler and Mussolini was a greater threat than British imperialism. With the outbreak of the War, Bose made a blunder. He threw in his lot with Germany and Italy. When the German troops were trapped at Stalingrad and with the Axis powers staring at imminent defeat, he turned to the Japanese, who had overrun Southeast Asia and were knocking on India’s doors. With Japan’s blessing, he formed the Indian National Army (INA) from Indian PoWs taken by the Japanese troops after the fall of Singapore, Malaya and Burma. He believed that the INA would march alongside the victorious Japanese army into India and liberate it from British rule. To imagine that the Japanese would then simply hand over India to Bose was, to my mind, wishful thinking. Instead, the Japanese were halted at Imphal and Kohima. They then suffered reverse after reverse. The INA simply melted away.

In August 1945, atomic bombs were dropped on Hiroshima and Nagasaki. Bose knew the game was up with the Japanese, so he turned to Joseph Stalin! He was on a plane to Moscow when it crashed in what was then Formosa (now Taiwan). He died soon afterwards in a hospital. He was cremated and his ashes taken to Tokyo. Yet, so powerful was his image and charisma that the myth persisted that he had not really died and would one day reappear to lead India. Anthony Read and David Fisher in ‘The Proudest Day’, put it thus: “Bose had been a failure as a conspirator, as a military leader, as a revolutionary. But whatever his shortcomings, he never lacked courage, and he still casts a long shadow over Indian politics. He set out to create a myth, and he succeeded — so much so that some Indians, mostly Bengalis, do not believe he died at all. They say he is in Russia, or is living as a hermit in the Himalayas, and that one day, like King Arthur or the Emperor Barbarossa, he will awake from his long sleep, and emerge to claim his Kingdom.”

Clearly, history is not the strong point of our political parties. Bose was an extraordinary, charismatic figure who, had he lived, would have been a strong challenger to Nehru. But his hatred for the British perhaps blinded him to such an extent that he expected that Germany and then Japan, after their victories, would hand him his beloved country on a platter.