They fascinated me, Bhagat Singh and Sardar Udham. I thought that in Sardar Udham, I can marry the two. What they think, who they are. Intellectually, Udham Singh was influenced by Ghadar movement. He may not have been outspoken, but was intellectually rich. He did all kinds of jobs in London, but what he really wanted to do was always in his heart 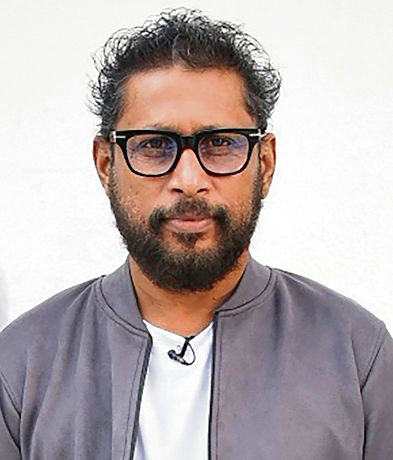 I AM a fanboy of Punjab. I have always been overwhelmed by it and have been visiting it for the last 21 years; its gurdwaras, the Golden Temple, and especially Jallianwala Bagh. Like everyone else, it had a deep impact on me.

I happened to be there on April 13, 2000. People were paying homage. A very old man asked me what I was doing. I told him I was researching on Jallianwala Bagh. This was a time when I had been influenced by the revolutionary movement in Punjab. He invited me to his house, his wife was there too. He started crying, I didn’t realise what he was trying to say. After a while, he took out a box that had some papers and photographs of his mother and father. He said they had been there that day — on April 13, 1919. In those alleys and streets, there was so much echoing of that day. Still, whenever I go to those streets, Jallianwala Bagh, it is difficult to ignore. It just echoes there. And it is to Jallianwala Bagh that we owe the birth of Bhagat Singh and all the revolutionaries of that time.

I did not want to see the very filmy revolutionaries or freedom fighters. I find them very straight, they do not have any grey shades. On the other hand, there were these young boys of 20-23, romantic in nature. Just like anybody. They fascinated me, and I started digging on these two — Bhagat Singh and Sardar Udham. And I thought that in ‘Sardar Udham’, I can marry the two. What they think, who they are.

Intellectually, Sardar Udham was influenced by the Ghadar movement, the birth of which was in itself quite rich. He may not have been outspoken, but was intellectually rich. Sab kuch apne andar hi rakhta tha. Internalised it.

The idea stayed with me for 20 years. I was not sure if I would be able to do make it. But the idea kept maturing, never lost colour. I kept on discovering Udham, his thoughts, Bhagat Singh… all of them started becoming so much more relevant, not just in India, but around the world. Their thoughts, their ideologies are much more needed today. A lot of the film (released on October 16 on Amazon Prime) is in English, I have not dubbed the dialogues into Hindi. I just want to be as authentic as possible.

There are not too many texts by Udham Singh to fall back on — just a few letters he wrote from jail, a handful of photographs. These were, as such, my primary sources. There are some stories about him on the Internet; for the Jallianwala Bagh portion, especially, I was dependent on people like that old man I met that day. And, of course, there are many survivor statements from the day, recorded in the Hunter Committee Report and Congress Committee Report giving an insight into the man. They are an important source on what happened there. We spoke to many professors from all over and referred to a lot of essays and write-ups available online, a lot of newspaper articles and The Tribune archives helped us a lot. We spent a lot of time there, pictured a lot of things and took a lot of pictures from the paper. We also referred to some British archives.

For approaching the film, my reference point was Richard Attenborough’s ‘Gandhi’, Akira Kurosawa’s ‘The Haunted’, besides several World War II films made in Europe and some documentaries. All that helped me to conceive how I am going to shoot this film, how I am going to characterise, how I am going to picturise this film in terms of the look and feel of that era. And, of course, the most difficult part was recreating Jallianwala Bagh, for which I referred to a lot of archive photos of the time and ‘Gandhi’.

When making a feature film, you use a lot of imagination. In a film, that works. And that imagination is actually who you are as a director, what kind of personality I am. That drives how much liberty I can take, where will I draw the line. I have been with the film for long.

I have tried to say in the trailer itself that we should not forget our history. I don’t know what to tell the youth but the film talks to a lot of youngsters. For instance, in the film, Udham Singh asks an investigator what he was doing at the age of 23. He says he was looking for a job, was happy, getting married. Udham Singh tells him that at that age, Bhagat Singh was hanged. He had done everything he could for his country. That is what is underlined in the story. Will the youngsters relate to this story? It is said that ‘sone wale ko toh jaga sakte ho, par jaag ke sone wale ko kaise jagaoge?’ They will understand when it is time.

(As told to Sarika Sharma)