Why Mountbatten Diaries are back in focus

A recent report in the UK’s Express said that the Queen had expressed her fear that her ‘dignity’ could be compromised if secrets from the diaries of Lord Louis Mountbatten were revealed. It also said that 10 years ago, Professor Chris Woolgar proposed to censor sections of the diaries referring to the British royal family and the partitioning of India-Pakistan.

Brutally frank: Andrew Lownie has petitioned for the full release of the Diaries. File photo 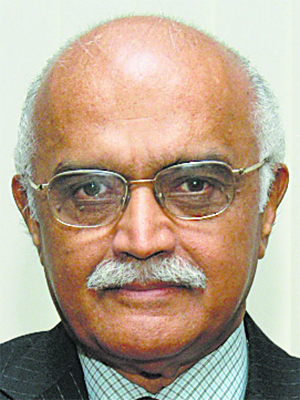 The Mountbatten Diaries have again emerged with a focus on India. They came up during a recent appeal hearing by a tribunal on British author Andrew Lownie’s petition demanding the full release of the Diaries, held by Southampton University among the Broadlands Archives.

Lownie, who had published The Mountbattens: Their Lives and Loves in 2019, had alleged a colossal wastage of public funds (£6,00,000) by the Cabinet Office in court battles to resist the release of the Mountbatten Diaries. His own legal costs had come to £300,000.

This may not match the mammoth figure — estimated at £3-10 million — spent by the Cabinet Office in 1986-87 during its unsuccessful efforts to prevent the publication of MI-5 spy Peter Wright’s Spycatcher in Australia. This costly venture, however, had made that book, which otherwise had no great merit, a global bestseller.

Southampton University has clarified that only a small percentage of the records was held back ‘as advised’ in 2011 while 99.8 per cent of the ‘Broadlands Archives,’ totalling about 4,500 boxes, were available for public scrutiny. These were originally kept in Mountbatten’s Hampshire Estate and later transferred to Southampton University.

A report in the Express (UK) on November 15, 2021, said that the Queen had expressed her fear that her ‘dignity’ could be compromised if secrets from the diaries of Lord Louis Mountbatten were revealed. It also said that Professor Chris Woolgar, who was the chief archivist of the Mountbatten Archive, wrote to the Cabinet Office 10 years ago, proposing to censor the sections of the diaries referring to the royal family and the partitioning of India.

Was it because of Mountbatten’s habit of using “insensitive turn of phrases” while dealing with the most sensitive period of the India-Pakistan Partition, as Larry Collins and Dominique Lapierre had stated in their highly successful book Freedom at Midnight in 1975? The authors who had interviewed him for 30 hours had then come in for criticism for reproducing Mountbatten’s description of Jawaharlal Nehru and Sardar Patel as “a pair of chastened schoolboys” when they allegedly requested him to return from Simla on September 6, 1947, to quell the Partition violence.

A week later, Mountbatten used another damaging expression that the two “were like schoolboys, absolutely pole-axed. They did not know what had hit them.” None of this mattered to Mountbatten as he took great delight in the book’s success, offering copies to 0the Queen and Prince Charles.

The authors added that in the years which followed, they remained in close contact with Mountbatten, who took them around his personal archives at the Broadlands Estate: “Well organised, fireproof cabinets, virtually every piece of paper bearing on his life, from the invitation cards to his christening to the menu of his last State dinner he had attended.”

A year before his death, he surprised them by conveying that “it is you two who will write my biography.” They did not accept the offer as they felt that England would consider it almost an act of “treason to entrust your biography to an American and a Frenchman.”

In 2002, a part of the Mountbatten Diaries appeared, duly edited by Lionel Carter, former Cambridge University librarian. This was Mountbatten’s Report on the Last Viceroyalty for the period from March 22, 1947, the day he arrived in India, to August 15, the day of Independence. Carter’s editorial introduction reflects Mountbatten’s personality, where he quotes Sir Ian Scott, Viceroy’s Deputy Private Secretary, that his ‘formidable and impressive exterior’ gave ‘full reign’ to his ‘vanity and conceit’.

This compendium was the Viceroy’s official letters to Prime Minister Clement Attlee over the developing situation during that crucial period. Mountbatten released the first version in 1949. Normally, it should have been the government’s responsibility to publish government archives. Or, he should have at least sought government permission to publish them as they contained his brutally frank comments on different personalities. However, Mountbatten did not care and started distributing copies to the King and others, forcing the government to classify these diaries until July 2002, when Carter’s edited version came out.

On November 18, during the present appeal hearing, it was mentioned that Mountbatten had wrongly ‘influenced’ Sir Cyril Radcliffe, Chair of the Indo-Pakistan Boundary Commission, on the demarcation of the Indo-Pakistan Boundary Award. This was another example of Mountbatten’s lack of propriety in thinking that he could do anything. Lionel Carter had confirmed this in 2002, saying that Mountbatten had influenced the transfer of three tehsils — Ferozepur, Zira and Fazilka — from Pakistan to India as desired by his friend, the Maharajah of Bikaner, who did not want the Ferozepur Headworks to go to Pakistan.

There are various passages in this diary reflecting his nonchalant attitude towards the Indian leaders’priorities, like preventing the visits of Gandhi and Nehru to Kashmir till he visited the state from June 18 to 23: “One of the reasons for this visit was that by going, I hoped to keep Mahatma Gandhi and Pandit Nehru, both of whom wanted to go to Kashmir, from paying a visit at this time.” Then he quotes Sardar Patel, saying that neither should go but “if it is a choice between two evils, I consider Gandhiji’s visit would be the lesser evil.”

Mountbatten had promised several things during that period without knowing anything about India or the gigantic problem he was facing, as his flamboyance did not match his capability. For this, he was sharply criticised by American author Stanley Wolpert in his book Shameful Flight. As an example, Mountbatten had assured former Congress President Maulana Abul Kalam Azad, on May 14, 1947, that he would take stern measures to crush the Partition violence to “nip the trouble in the bud”, including the use of “tanks and aeroplanes”. Nothing of that sort could be done.

Lionel Carter ends his introduction by quoting from Sarvepalli Gopal’s review of Freedom at Midnight: “As time passes [Mountbatten] sees himself more and more at the centre of the stage, with superhuman god-like powers which reduce all others to pigmies…His vanity fed on itself till it borders on megalomania.”