Why MSP is a must for farmers : The Tribune India

Why MSP is a must for farmers 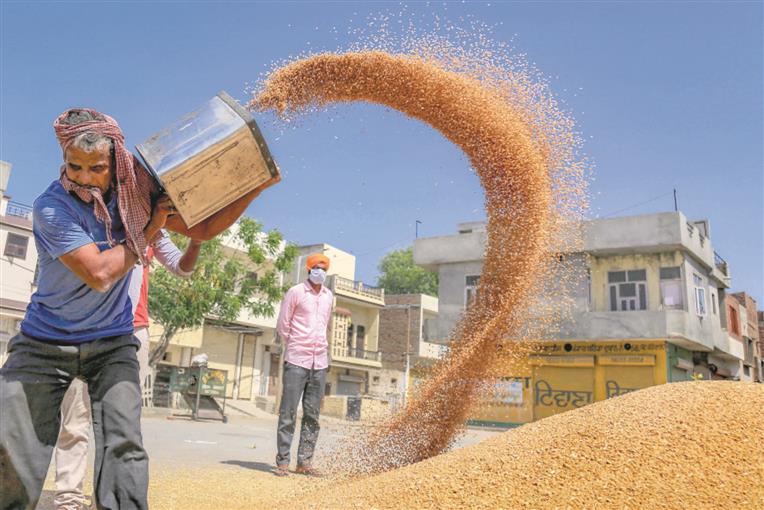 FLUCTUATIONS: Supply and demand can never match in agriculture. PTI 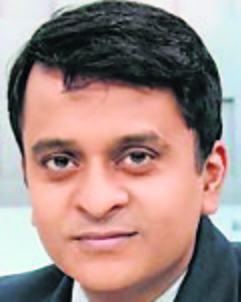 DARBARI economists will tell you that the Minimum Support Price (MSP) system fattens a few rich farmers. Don’t listen to their lies and half-truths. Yes, it is true that only a lucky few manage to sell most of their produce at the government-mandated floor prices. But the MSP announced by the government acts as a signal price for all trade in crops across the country.

If the govt had been serious about increasing farm income, it would have strengthened MSP-based procurement.

How does that happen? Although most states are woefully short of government-regulated APMC mandis, the few that they have become the hubs through which most crops ultimately pass. The farmers themselves might not be able to access these mandis, but local grain traders do. Small farmers need cash almost immediately after harvest, so they sell their crop to local grain merchants. The merchants pick up the produce from the entire area and store it, till the official procurement process begins.

These merchants have the linkages to raise money to rent godowns and later transport large amounts of wheat, paddy, pulses and oilseeds. They have the holding power which small farmers do not. Once FCI begins to buy, the grain merchants offload a part of their stock at the MSP. This becomes a form of insurance for them, which ensures they are able to pay for the cost of finance, transport and storage and make a decent margin, even if the open market collapses.

This also ensures that they can pay steady prices to the farmers whom they bought from. If grain traders were exposed to the fluctuations that always take place in agricultural markets across the world, the small farmers would get even less. This is clear from the crops that do not have official procurement.

Vegetables are a good example. Since there is no assured pricing system here, farmers are at the mercy of fluctuations in the open market. That is why we hear stories of farmers selling onions at Re 1/kg to the trader and the consumer paying Rs 30 for it. That is also why we see images of tomatoes dumped on the road by angry farmers when they fail to earn even enough to cover the cost of transport.

The experience of farming across the world tells us that the standard laws of supply and demand do not work in food production. That is why even the developed capitalist world, where free markets supposedly rule, subsidises its farming communities. The reason for this is that agriculture has its own specific time, a particular rhythm, which cannot be controlled by machines. Factories make products in a very short period of time, often in less than a day. They can react to changes in demand or overall supply in the market very quickly.

Farmers begin sowing, armed with the knowledge of the previous season’s demand. Even the most enlightened farmer, who keeps track of global trends, will still have to commit to a certain acreage at the point of sowing. If supply or demand trends change during the weeks needed for the crop to grow, there is nothing that the farmer can do about it. This is why supply and demand can never match in agriculture. They always confront each other with a seasonal lag.

In such a situation, assured prices alone can ensure that farmers have a steady income. Otherwise, a sudden glut can cause farmers to go bankrupt. And we know this happens every year in places where farmers are unable to access the APMC mandis or get MSP. They are unable to pay the loans they took at the beginning of the season. Microfinance lenders and banks come banging at their doors. At times, the farmer is humiliated so much that he ends up killing himself.

Only the state can intervene to protect farmers from the vagaries of market forces. That can only be done by government procurement at assured minimum prices. Private procurers and big agri-businesses can never do that. Except in the world of naïve textbook economics. In that world, if agricultural trade is opened up to everyone, farmers will have a wider range of buyers to choose from. This will help them demand more for their products and end up with better prices than the MSP system can.

In this economic fairy tale, agri-businesses will compete against each other to improve efficiencies of transport, marketing and retail. This will help them reduce costs while paying more to farmers. In effect, everyone wins — the farmers get more, the corporates earn higher margins by reducing distribution costs and consumers pay less.

The complexity of crop procurement will ensure that a few big corporates, who can assimilate a part of the existing network of grain traders into its system, will quickly capture the market and become monopsonies. The corporates will dictate prices and farmers will have no fallback option, since there will be no MSP system to protect them. The same trading networks that give some price stability to small farmers, because of government procurement, will simply congeal and be absorbed into the procurement structure of big corporates. The vast sea of rural exploitative relations will be preserved, but the lifeboat of MSP will be taken away.

If the Modi government had been serious about increasing farm income, it would have strengthened MSP-based procurement, instead of dismantling it. It would have set up an adequate number of APMC mandis — India needs five times the number we currently have — instead of disempowering them. It would have fixed the APMCs and tried to reduce the control of the arhtiyas. Instead, it is simply throwing the farmers to the mercy of market forces and big businesses. Global experience shows that this can only make things worse for farmers.