Why no govt wants OBC count in Census

We don’t know the population size of the largest social category of our citizens. The Mandal Commission put it at 52%. Other claims vary from 36% to 65%. Census enumeration would yield information that can help evolve social policies to bring down avoidable street fights over which caste should or should not get reservation. 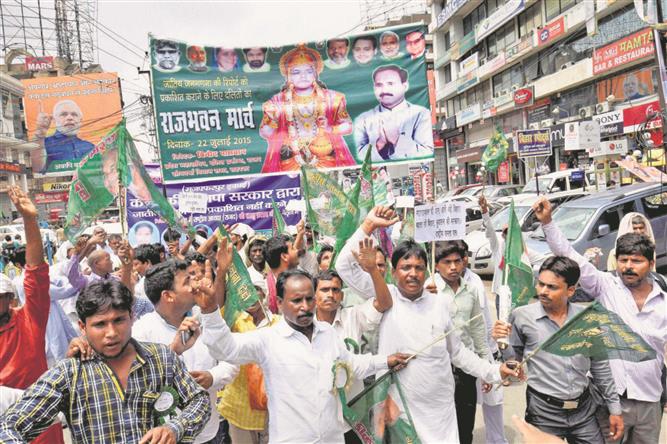 DIE IS CASTE: The caste structure fears enumeration might unmask the nature of its privileges. PTI 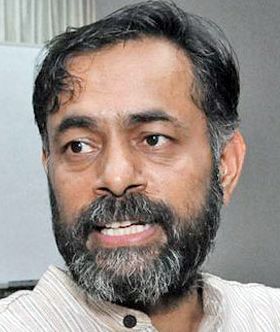 What Does the Ruling Class Do When It Rules? This was the title of a classic book on Marxist theory by Swedish political scientist Göran Therborn. If the title was not enough, the book also carried an equally wordy subtitle: ‘State Apparatuses and State Power Under Feudalism, Capitalism and Socialism’. I could never read the entire book, but the mouthful of a title stayed with me.

Someone should write an Indian sequel: What Does the Ruling Caste Do When It Rules? State Apparatuses and State Power under Brahminism in a Constitutional Democracy. The book could be a study of the myriad ways in which the caste order continues to rule India, using all forms of formal and informal State power. The story of how various governments of different political hues conspired to not count Other Backward Classes (OBCs) in the Census must find a place in this book.

Last week, the National Commission for Backward Classes appealed to the Modi government to count the OBCs in the 2021 Census. To be more precise, it advised the government to file an affidavit supporting the counting of OBCs in a case coming up before the Supreme Court. In all likelihood, this intervention is too little, too late. The government has already gone back on its promise to enumerate the OBCs and is unlikely to retract. We may already have missed the bus, once again, for 10 more years.

Counting OBCs in the Census is a simple idea. Our decennial Census, like such an exercise all over the world, is not merely a headcount. It puts all persons and households in various categories. It records the age, sex, education and occupation of each individual. It also records the language, religion, house type and major assets of each household. As for caste, it uses three categories: SCs, STs, and General. If a household falls under SC or ST, then the enumerator also records the exact caste from the official list or the schedule.

The long-standing demand for OBC count is simply this: besides SC and ST, there should also be a column for the Socially and Educationally Backward Classes or the SEBC (the official nomenclature for OBCs) in the Census enumeration form. As in the case of SC and ST enumeration, once someone falls in the SEBC category, their exact caste will be recorded. Mind you, this task is different from the demand for a full-fledged caste census that entails a complicated exercise of categorising all castes, for which we do not yet have an official compendium. So, the OBC count is a limited and simple exercise because there already exists an all-India list of OBCs that qualify for quota under the Central government.

The rationale is equally simple. A modern State cannot but count every category of citizens that it recognises for purposes of any social policy. The US, like most multi-racial societies, enumerates race in its Census. Britain does it for immigrants by their origin. There could be arguments for and against OBC count before the introduction of nation-wide OBC reservations in 1990. You may like it or dislike it, but to not count the category for which you have such major affirmative action programmes is plain ridiculous.

Just look at the consequences of this information vacuum. We don’t know the population size of the largest social category of our citizens. The Mandal Commission used some guesstimate to arrive at the mythical figure of 52 per cent. Other claims and counter-claims of the OBC population vary from 36 per cent to 65 per cent! Besides resolving the needless mystery about the size of the OBC population, Census enumeration would yield a wealth of demographic information (sex ratio, mortality rate, life expectancy), educational data (male and female literacy, ratio of school-going population, number of graduates) and policy relevant information about economic conditions (house type, assets, occupation) of the OBCs. All this information would be available not just for the OBCs as a whole, but also for each caste that falls within the OBC category, for every state and district, and so on. This information can go a long way in evolving and fine-tuning evidence-based social policies. This could also bring down avoidable street fights over which caste should or should not get reservation.

Over the last three decades, successive governments have come up with ploys and pleas to defy this straightforward reasoning. Intellectuals have spread paranoia about the rise of casteism as if closing our eyes to caste will wish it away. The bureaucracy has used the alibi of ‘operational difficulties’, without specifying how counting OBCs is more difficult than counting SCs or STs. The latest gem of bureaucratic nonsense is the reason offered by the government: OBC count will “adversely affect the integrity of the Census exercise”. Whatever that means!

By the time OBC reservations were introduced, it was too late for the 1991 Census. A decade later, the Atal Bihari Vajpayee-led NDA government simply nixed this idea for the 2001 Census despite a clear request from the Registrar General and Census Commissioner. The UPA government, too, dodged the issue till it was caught in an unprecedented storm in the Lok Sabha in 2010. The government was forced to concede the unanimous demand for a ‘caste census’. Yet the caste order managed to subvert this decision by shifting caste enumeration outside the main Census operations. Smart bureaucrats came up with the idea of a Socio-Economic Caste Census (SECC), only to report that the caste data gathered from that huge exercise could not be classified and used. Three decades gone and no data yet!

The Modi government resorted to a U-turn. In 2018, then Home Minister Rajnath Singh declared that the country would have its first-ever OBC count. The decision changed, without any debate or public reasoning after the 2019 election. It is only when the draft schedules for Census 2021 were released that we learnt about the missing OBC column. Since then, many stakeholders have made fervent appeals for reversing this decision. The National Commission for Backward Classes, now a constitutional body, has recommended it. So have the Parliamentary Standing Committee on the Welfare of the OBCs and the Ministry of Social Justice. The government of Rajasthan and state assemblies in Bihar, Odisha and Maharashtra have endorsed this demand. Clearly, not enough to shake the order of things.

Why is the caste order so determined to foil OBC enumeration? Not just because such a count may reveal the very large numbers of OBCs. That is more or less known, if not precisely. Nor because it might expose the plight of OBC communities, many of whom are worse off than the top layer of the SC communities.

Arguably, the deepest anxiety of the caste order is that such an enumeration might unmask the nature of caste privileges. Once you count SCs, STs and OBCs, you automatically get information on the residual category, the upper caste. Since the Census also collects information on religion, it should not be difficult to generate fine-grained data about the social, educational and economic privileges of the upper-caste Hindus. This category counts for less than 20 per cent of our population, but occupies broadly 80 per cent of all positions of power and privilege. It hides under the umbrella category of General. It has good reasons to fear the naming and counting of its privileges. After all, the ultimate caste privilege is to remain “caste-less” — to make its own caste privileges invisible. This is what the ruling caste does when it rules.