This is the biggest economic catastrophe since Independence. This crisis predates the pandemic, but has been aggravated by it. The govt is fast losing the plot, but the unprecedented problem and the perilous conditions of livelihood have not provoked protests as one might expect from past experiences of anti-government protests. 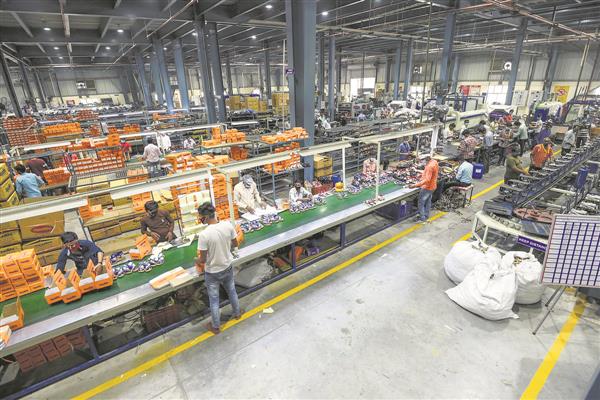 Stupefying: The economic scenario is bleak, but the government has not been questioned enough about the crisis.

Over the past few weeks, one issue — the state of the Indian economy — has dominated the headlines. India’s Gross Domestic Product (GDP) contracted nearly 24 per cent in April-June quarter, its biggest ever contraction since 1996. According to experts, this is an underestimation as the decline in the informal sector is not fully assessed. But it’s not just the GDP numbers. There are other disturbing indicators. According to the Centre for Monitoring Indian Economy (CMIE), 18.9 million salaried jobs have been lost since the pandemic in April and this figure would’ve gone up to 21 million by August. The situation in the vast informal sector is much worse.

This is the biggest economic catastrophe that the Indian economy has confronted since Independence. And this crisis predates the pandemic, but has clearly been aggravated by it. The government is fast losing the plot, but the unprecedented crisis and the perilous conditions of employment and livelihood all across the country have not provoked protests as one might expect from the past experiences of anti-government protests. Why this is so is an important question for us to address. Five important reasons can explain this political conundrum.

First, post-liberalisation, the structure of the Indian economy has changed significantly. Liberalisation has weakened and fragmented the trade union movement. The main instrument for this is the labour market reforms agenda and the emergence of capital as a powerful force, shaping economic policies. There were frequent labour strikes, triggered, supported and sustained by trade unions which were in the forefront of protests against the economic policies. Labour agitations for a better economic deal are now a thing of the past. And the informal sector, which is the worst hit, is not organised enough to protest.

The second reason is the middle class’ infatuation with the present dispensation and its leader. The Indian middle class is small, but it has an influence far beyond its numbers. This was evident from the role it played in the downfall of the Congress-led UPA government. During Dr Manmohan Singh’s second term as Prime Minister, a major political churning was supported by the middle class under the aegis of the Anna Hazare-led anti-corruption movement, supported and propped up by the BJP-RSS. That had caused an eruption of public anger against the UPA government which was destabilised by the combined opposition of the corporate sector, middle class and the media, eventually leading to its defeat in the 2014 elections.

There’s no such mass anger against the present government even though the middle class has taken a big hit from the severe economic slowdown. Not only is the middle class not protesting, it has also been solidly backing the saffron party. Evidently, its support for Prime Minister Narendra Modi rests on an ideological commitment to the BJP determined by an essentially non-economic platform driven by identity politics and majoritarianism. Hence, it is unlikely to be shaken by the economic crisis. That being so, opinion polls indicate that most people, especially the middle class, think the government’s performance is fine, even while millions suffer due to the economic crisis and unemployment and Covid-19 cases record the highest daily surges seen so far globally.

Third, the Opposition parties which faced two crushing defeats in national elections, have further been weakened in various ways by the ruling dispensation. Most importantly, the government’s hostile treatment of the Opposition as illegitimate and anti-national has made it difficult to undertake any political action. Targeting and stifling of the Opposition is an avowed objective of the regime. Any failing — big or small — is blamed on the Congress misrule. The party has become a favourite punching bag for all, especially the pliant and supportive media. But despite an unequal playing field, Rahul Gandhi has consistently spoken up against the government’s numerous failures and mismanagement of the economy and the pandemic. But the government’s systematic dismantling of his political equity has prevented him from emerging as the pivot of the Opposition.

Fourth, the lack of free media is a big hurdle in building an alternative narrative. Surely, it is for the media to ask some tough questions on the economy. But rather than questioning the government on the sinking economy and the unprecedented job crisis, most English and Hindi channels are obsessed with tracking the twists and turns in the Sushant Singh Rajput case. This frenzy has diverted the public attention from the economic crisis, reverse migration and joblessness, which suits the ruling dispensations as it blanks out issues that matter. The monopoly of the BJP over news distribution and its domination of the communication pipelines tell you why public opinion doesn’t turn against this government despite disturbing developments all around.

Finally, the criminalisation of dissent has created an atmosphere of fear, making it dangerous to express critical opinions and views contrary to policy in public places, universities or social media. The regime has used a heavy-handed approach to put critics in their place. Any protest or questioning is viewed as a threat to the political order and the nation, and thus discouraged and often penalised. Compare this with the situation in the US, when the murder of an African-American, George Floyd, by a white police officer, led to thousands of people protesting across the country against his brutal killing. The anti-racism protesters were not targeted because of their skin colour, or charged, incarcerated under any stringent law. Whereas here, the anti-CAA and the anti-NRC protesters, have been systematically targeted and some of them have been booked under the Unlawful Activities Prevention Act (UAPA), and that too after the movement had been withdrawn in view of the pandemic.

Although, there is still significant criticism of the government’s functioning from various quarters — journalists who speak truth to power, political activists and intellectuals who have been speaking and writing against its failures in every sphere — from the economy to short-circuiting democracy to repressive majoritarianism — institutional collusion and the nexus between capital and media and weaponising laws to criminalise dissenters, provides the perfect cover against mass protests.