Why the farmers’ protests are a wake-up call for rest of us : The Tribune India 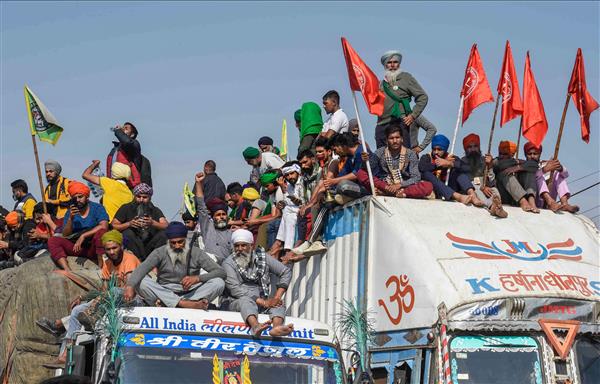 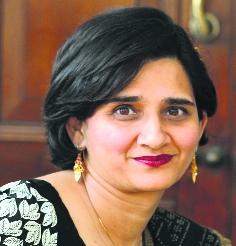 My family and I spent the last two weeks travelling through Punjab to Dharamkot in Himachal and back home to a Delhi suburb. As we drove away from the capital city, we were cheered by the sight of tractors and cars with banners and flags of farmers’ unions going towards Delhi. On our way back, we found ourselves joining the cavalcades arriving at the protest sites on Delhi’s borders for the Tractor Parade on Republic Day. On the night of January 25, the traffic on the highway had swelled so much that we were unable to find a way to enter the city. We had become one with the farmers.

We didn’t mind. A historic people’s movement led by farmers is taking place right now and it is impossible to be untouched by it. What hurts the farmer today will not leave the rest of India unscathed. Those who have risked their lives and livelihood to confront the powerful need to be protected from state repression and false accusations of anti-national activities and sedition. They need visibility. Their demands and point of view need to be amplified by those of us who have smartphones and social media on fingertips.

What do these farmers have to offer us in return? Are we doing them a favour by paying attention? Why should the farmers’ agitation matter to the rest of us?

At a time when the state and administration have abdicated from people-centric governance and the judiciary as well as large sections of mainstream media seem to have forfeited their role to provide the checks and balances that keep democratic processes in balance, the farmers’ protest is like a shot in the arm of Indian democracy. While it is the three farm laws that have finally catalysed lakhs of farmers to leave their homes and sit in protest in the bitter cold, their mode of protest as well as the capaciousness of their demands is a reminder of some of the basics of humanity — of the power of solidarity, fraternity and unity among people. Of the need for dignity, equality and agency of groups and individuals.

On International Human Rights Day, December 10, 2020, BKU (Ekta Ugrahan) — the largest farmers’ union at the protests — held an event in which protesters held up pictures of incarcerated intellectuals and human rights activists who have been booked under grave laws, such as the UAPA. Despite a backlash from sections of the media, farmers’ leaders defended this act of solidarity with eloquence and candour, reminding us that the need for stable livelihoods and that of dignity and autonomy cannot be separated into binaries.

“These people have been incarcerated in jails for speaking the truth. Through their writing and work, they have explained how the corporate sector adversely affects agriculture as well as the public sector. These intellectuals and activists have exposed the fascist mindset of the government. If we do not raise our voice for them, then who will?” a speaker asked rhetorically from the stage at Tikri border. Off stage, men and women held posters of each of the activists. “These people are freedom fighters, not anti-nationals,” a woman farmer said.

On January 18, Women Farmers’ Day was celebrated at the protest sites, just days after Chief Justice of India SA Bobde, while staying the implementation of the new farm laws, had also commented, “We don’t understand why old people and women are kept in the protests.”

In a rousing speech on the Singhu border, researcher Navsharan Singh challenged the patriarchal and condescending attitude represented by this statement. “Do not forget that this is the same government which maligned Muslim women who were protesting against the highly discriminatory Citizenship Amendment Act last December in Shaheen Bagh. It is the same government that has denied bail to four young women — Devangana Kalita, Gulfisha Fatema, Ishrat Jahan and Natasha Narwal,” she said.

“They want you to go back not because you are weak, but because they are threatened by your fearlessness and empowered presence. Their armies and weapons are not as strong as the determination and courage of unarmed women.”

As police violence and political backlash against the protesting farmers escalates, the settlements on the borders of Delhi have only continued to grow in response.

The ongoing farmers’ protests are a contemporary example of the power of a peaceful people’s struggle against marginalisation. It is a wake-up call. Will we stand up for those who are risking their all for the rest of us?

The writer is an author & filmmaker natasha.badhwar@gmail.com