Why UP is a fertile ground for hate politics

By 2012, Muslims played a visibly significant role in the exercise of power in UP’s towns, especially in the Ruhelkhand, western UP and Awadh sub-regions. It also points to the concentration of Muslims into dense residential clusters in these towns. This has lent itself to communal politics, as visible spatial examples of the discourse of us-vs-them. 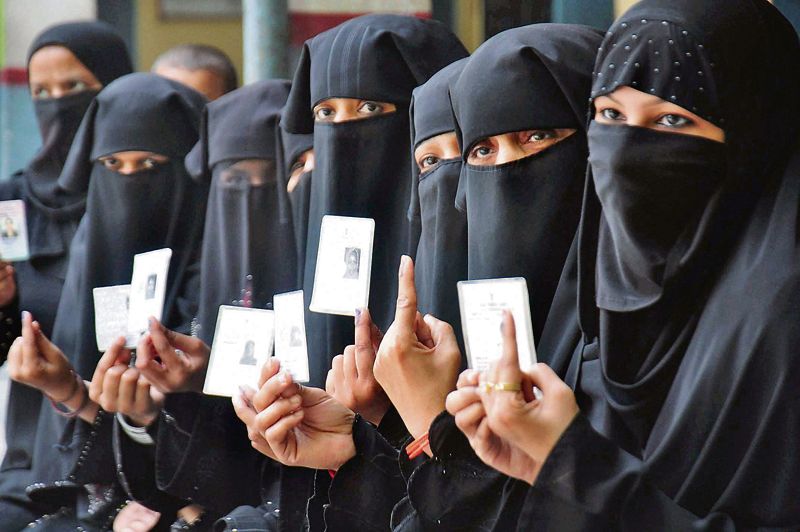 Population aligned: Muslims won over 31% of the seats in the 2012 urban local body elections. PTI 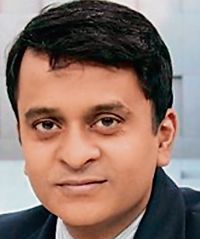 Every five years, just ahead of the Assembly elections, Uttar Pradesh becomes a hotbed of communal politics. It has started once again, ranging from subtle references to Aurangzeb and Shivaji to outright hate speeches and calls for the ethnic cleansing of Muslims. It is easy to believe that these are the handiwork of cynical politicians who polarise the electorate to get votes. And that is partly true. Netas light up the fuel of religious discord and their party workers actively spread the fire. But this approach does not explain why it is so easy to weaponise religious differences in UP.

Some of the reasons for this can be found in the history, demographics and political economy of the state. While Muslims make up less than 20 per cent of UP’s population, they are heavily concentrated in its towns and cities. In the state’s villages, only one in every six persons is a Muslim, but in urban areas that number rises to one in three. According to a report by the Centre for Policy Studies (CPS) — whose board of directors includes several luminaries from the Sangh Parivar — there’s been a steady increase in the number of Muslim-majority towns in UP: from 17 per cent in 1981 to 25 per cent in 2011. The report also says that Muslims account for more than 40 per cent of the population in more than half of the urban talukas in the state.

This has had a significant impact on the political representation of Muslims in Uttar Pradesh — the smaller the electoral unit, the more likely it was for a Muslim to win it. In 2009, less than nine per cent of UP’s Lok Sabha MPs were Muslim, even when the Congress, BSP and SP had won most of the seats. Three years later, in the Assembly elections, Muslim MLAs accounted for about 17 per cent of the state legislative Assembly, close to the share of Muslims in the overall population. However, as political scientist AK Verma showed, Muslims won over 31 per cent of the seats in the 2012 urban local body elections, which is in line with their urban population.

This suggests that by 2012, Muslims played a visibly significant role in the exercise of power in UP’s towns, especially in the Ruhelkhand, western UP and Awadh sub-regions. It also points to the concentration of Muslims into dense residential clusters in these towns. This has lent itself beautifully to communal politics, as visible spatial examples of the discourse of us-vs-them.

And since modern politics always uses the language of numbers to validate itself, an entire body of ‘data analysis’ — real and false — has arisen around these trends. The CPS report cited above, for instance, differentiates between Muslims and ‘Indian religionists’, and also makes the claim that the “rapid rise in the share of Muslims” in UP’s towns has “involved or led to an out-migration of other communities, mainly Hindus, from several towns.” A single look at the report will show how this claim is based on flimsy, cherry-picked evidence.

The rise of Muslim populations in UP’s urban centres has a lot to do with the way the state’s economy developed after Independence. Muslims had played a significant role in traditional crafts — weaving, embroidery, metalwork, jaggery-making. As these crafts became modernised and moved out of the villages, Muslims began to move to urban areas in search of work. Muslims found it difficult to get steady salaried jobs in the post-Partition India, and their dependence on self-employment increased.

So, as salaried jobs have got squeezed, both in the private and government sectors, young Hindus, especially male, have begun to try their hand at ‘entrepreneurship’. But the overall economic slowdown over the last 10 years has made it extremely difficult to succeed at business. As the Lokniti-KAS surveys have shown, this has caused a marked drop in the number of young people wanting to start their own businesses — from over 15 per cent in 2007 to less than 10 per cent in 2016. Similarly, the proportion of India’s youth who want government jobs rose to 62 per cent in 2007 to 65 per cent in 2016. This has resulted in higher job ‘anxiety’ amongst the young.

All this has happened in the backdrop of successive governments asking young people to create their own jobs. Competition in the self-employed space has increased sharply over the past decade. When young Hindus from upper and intermediate castes look for ways to earning a living, they are faced with a lack of salaried jobs and when they reluctantly turn to self-employment opportunities, they find the presence of young Muslims, who were already reconciled to such work. This has increased the anxieties of the ‘other’ taking away jobs meant for ‘us’. Such psychosocial pathologies very easily translate into discourses about demography, where people readily believe false theories about an alleged Muslim population explosion.

On top of this sits an entire public culture that promotes communal mindsets. It ranges from Bollywood cinema, which stereotypes the Muslim ‘terrorist’, through pop-history spread via WhatsApp forwards, to prime-time television debates which demonise Muslims and Islam. It is no wonder that the Lokniti-KAS survey shows that young people born in the 21st century are more likely to be socially conservative than those born in the 1990s.

The discursive framework and ideologies within which today’s youth produce their ideas is dominated by communal notions, themes and images. It is no surprise, therefore, that UP’s towns and cities, with their high Muslim populations, form a fertile ground for the politics of hate and exclusion.