After being labelled a ‘basket case’, Bangladesh has done surprisingly well. Its social and economic parameters are among the best in major developing countries 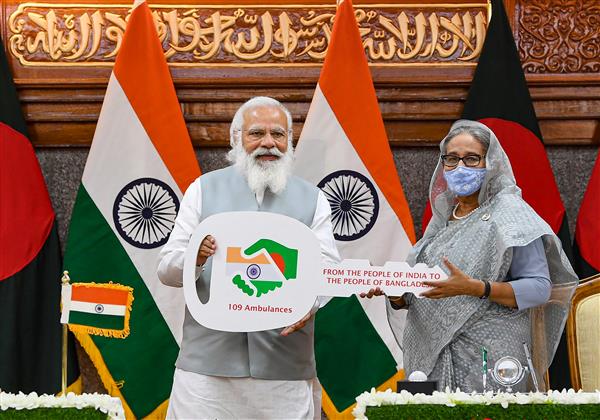 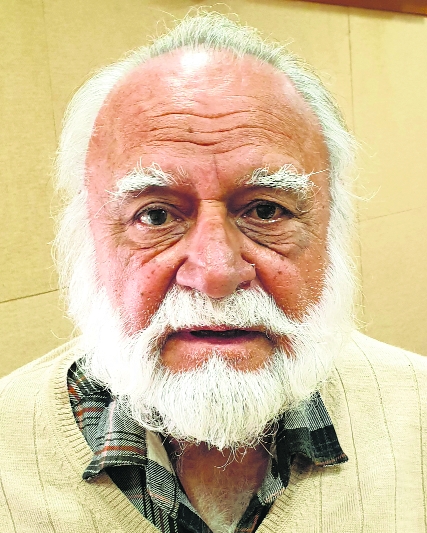 The pandemic has curtailed the international travel of world leaders. Earlier, our Prime Minister was a constant traveller to many capitals. He had stamped his authority at home with two huge election victories, but also wanted to be recognised as a world statesman, as respected as Jawaharlal Nehru and Indira Gandhi. The pandemic has confined him to the domestic front. Nevertheless, he made the correct move by choosing Dhaka for his first official visit abroad in over a year. The occasion was the 50th anniversary of the founding of Bangladesh.

Pakistan’s founder, Muhammad Ali Jinnah, had scornfully called the nation bequeathed to him as “moth-eaten”, since the two wings were separated by 1,600 km of Indian territory. Geography apart, Pakistan’s rulers favoured West Pakistan, while neglecting East Pakistan. For instance, 80 per cent of the army consisted of Punjabis from the West wing. Development funds were mostly allocated to West Pakistan. But the tipping point came when Islamabad tried to impose Urdu as the state language on East Pakistanis, who had a fierce love for their native Bangla. Not even the glue of religion could keep the two wings together.

In the first ever general election held in Pakistan on December 7, 1970, the Awami League in the East wing, led by Sheikh Mujibur Rahman, won 160 seats in the 300-member House. Constitutional propriety demanded that they should have come to power. But Zulfikar Ali Bhutto, the leader of the biggest party in the West wing, would have none of that. He prevailed over the inept General Yahya Khan to order a military crackdown in East Pakistan. It was a monumentally disastrous move. Hence, Bhutto and Yahya Khan were, in a fashion, the real founders of Bangladesh.

Some one crore refugees from East Pakistan poured into India. New Delhi was inexorably drawn into war, while Bangladeshi independence was declared from Chittagong. The war lasted just 14 days, with Pakistan’s Lt Gen AAK Niazi signing the Instrument of Surrender before India’s Lt Gen Jagjit Singh Aurora, and Maj Gen (later Lt Gen) JFR Jacob looking on. That photo is embedded with pride in the memory of Indians. It was an even prouder victory for India’s secularism. The Army Chief, Gen “Sam” Manekshaw, was a Parsi, Aurora a Sikh, and Jacob a Jew. It was Indira Gandhi’s finest hour, though there are some who feel she should have extracted more concessions from Bhutto in the peace negotiations in Shimla, considering India held 93,000 PoWs.

I was fortunate to get on the first plane for civilians that flew into Dhaka after the surrender. There were mostly journalists on the plane. The runway at the airport was pockmarked with craters from bombing by the Indian Air Force to make it inoperative for Pakistani planes. The control tower was in ruins. As we drove towards our hotel (Hilton), we passed a train full of Pakistani PoWs being taken to their camps. They were guarded by Indian soldiers. Near the railway tracks, a big enraged mob had collected. Shouting “Joi Bangla”, I am sure they would have stopped the train and lynched the PoWs were it not for the Indian soldiers. At the hotel, Brig Kler regaled me with his heroics of being in an open jeep while driving into Dhaka, knocking out Pakistani snipers in buildings alongside the road. I wonder what happened to him?

We later learnt of how “collaborators” were rounded up, herded into a stadium full of spectators, and bayoneted to death. A few Indian journalists witnessed the grisly proceedings. I am glad I was not one of them. But at the university I heard how during the last days of the war, Pakistani soldiers had got hold of scores of scientists, professors, teachers, doctors, and systematically killed them. The intention, clearly, was to deprive the new nation of its intellectuals, those who could guide the coming generation. We also heard narratives of mass rapes, again by soldiers and “collaborators”. Various commissions have inquired into these atrocities but I don’t believe any of the perpetrators have been brought before a war crimes tribunal.

Sadly, Mujibur Rahman and most of his family were killed in a coup by young army officers (his two daughters were abroad at the time, one of them being the present Prime Minister, Sheikh Hasina). However, in the last decade or so, after being labelled a “basket case”, Bangladesh has done surprisingly well. Its social and economic parameters, which determine the well-being of a people, are now among the best in major developing countries. The life expectancy of a Bangladeshi, which was 47 years in 1971, is 72 now, higher than India’s.

Apart from the Bangladesh victory, India overcame its worst domestic crisis when it confronted terrorism in Punjab. After the disastrous miscalculation of launching Operation Bluestar, three people in Punjab played a key role in turning the tide. I happened to be in Chandigarh at the time and interacted with them closely: Chief Minister Surjit Singh Barnala, Chief Secretary Praful Vaishnav and Julio Ribeiro, the police chief. One was a Sikh, the other a Hindu from Gujarat who spoke fluent Punjabi, and the third a Roman Catholic who spoke no Punjabi at all. Three men who exemplify the best there is in their respective fields. As in the Bangladesh victory, this was secularism and inclusiveness at its finest. That is what keeps India together, and helps us to overcome whatever challenge lies ahead.