Increased abuse is a pattern repeated in many emergencies, whether conflict, economic crisis or during disease outbreaks. However, the quarantine rules pose a grave challenge. Being confined to home is difficult for everyone, but is a nightmare for female victims of gender-based violence. As the pandemic continues, their number is likely to grow with impacts on women’s mental and physical health and their ability to participate in the recovery of society and economy. 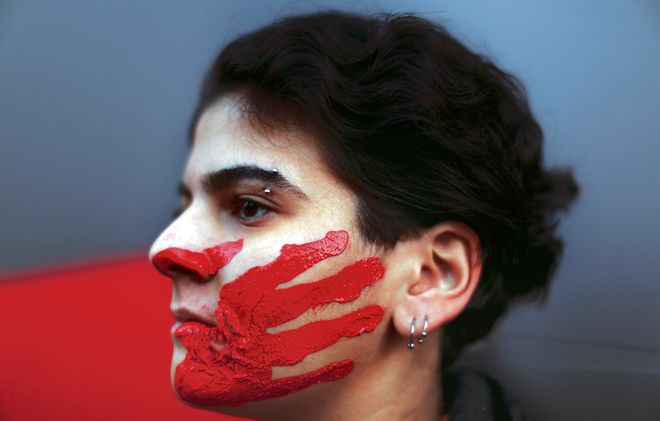 Increased threat: Men at home are taking out their frustration on women.

More than one-third of the world’s population is under lockdown. The recent UN Women’s Report titled ‘Covid-19 and ending violence against women and girls’ has reported that since the outbreak of Covid-19, violence against women, and particularly domestic violence, has increased in several countries as security, health and financial worries create tensions and strain accentuated by the cramped and confined living conditions of a lockdown. Billions of people are now sheltering at home from the global impact of Covid-19.

In France, cases of domestic violence have increased by 30 per cent since the lockdown on March 17. Increased cases of domestic violence and demand for emergency shelters have also been reported in Argentina, Canada, France, Germany, Spain, the UK and the US. In Cyprus and Singapore, helplines have registered an increase in calls by 33 per cent. In Argentina, emergency calls for domestic violence cases have increased by 25 per cent since the lockdown. All the nations have taken several steps to help women reach out to the authorities to register their cases.

According to the report, the economic impact of Covid-19, resulting from the widespread closure of businesses and industries, has put an increased financial strain on communities, particularly in segments of people that are already vulnerable. Women disproportionately work in insecure, low-paid, part-time and informal sector, with little or no income security and social protection. A loss of income for them in abusive situations makes it harder for them to escape.

In India also, the coronavirus lockdown is having not only a similar effect, but also perhaps, more acute fallout. The National Commission for Women, which receives complaints of domestic violence from across the country, has recorded a more than twofold rise in gender-based violence in the national lockdown period. The total complaints from women rose from 116 in the first week of March (2-8) to 257 in the final week (March 23-April 1). That is, cases of domestic violence have almost doubled during this brief period of lockdown.

This increased threat to women and children was not an unpredictable side- effect of the coronavirus lockdown, as spousal violence in India in any case is known to be fairly widespread. According to the most recent National Family Health Survey-4 published in January 2016, there was statewise evidence pointing to the severity and diverse nature of violence that women in Indian society face. Maximum abuse was reported from Manipur where 53.1 per cent of married women experienced physical, emotional and sexual violence. These alarming figures relate to only those cases where women are able to seek help. Many women cannot make calls because they fear being overheard by abusive partners, or are stopped from leaving home.

Increased abuse is a pattern repeated in many emergencies, whether conflict, economic crisis or during disease outbreaks. However, the quarantine rules pose a particularly grave challenge. Being confined to home because of coronavirus is difficult for everyone, but it becomes a real nightmare for female victims of gender-based violence. As the Covid-19 pandemic continues, their number is likely to grow with multiple impacts on women’s wellbeing, their sexual and reproductive health, mental health, and their ability to participate in the recovery of society and economy. The activists feel that they expect to see an ‘explosive increase’ in the number of reports of domestic abuse once the lockdown restrictions are eased out.

The main reason for the rise of domestic violence is that men at home are taking out their frustration on women. Moreover, much of the domestic labour still gets to be done by women, as men refuse to participate in domestic work. Job loss, salary cuts and an uncertain future arising out of the lockdown has everyone on the edge. It is not confined to the lower classes, but also permeates the middle and upper-middle class working men and women, who see their self-esteem being crushed every day. Women confined within the four walls of the house cannot share their grief with anybody.

Likewise, children are not able to attend school, which adds to the problem as there is no outlet for them. The victims are also scared of complaining to the police because they fear that harassment will increase. In addition to physical violence, common tools of abuse include isolation from friends, family and employment; constant surveillance; strict, detailed rules for behaviour; and restrictions on access to basic necessities such as food, clothing and sanitary facilities. The isolation has also shattered the support networks, making it far more difficult for the victims to get help or escape.

An important reason for this is that where victims previously found space to breathe, whether at work or socially, they are now spending all their time at home with their abusers. Not only in India, but governments all over the world, as the UN report shows, are receiving more and more calls for help, as victims of domestic violence fear for their own and for their children’s health and well-being.

The increased threat to women and children, in fact, is a predictable side effect of the coronavirus lockdown. The current circumstances make reporting harder, including limitations on women's and girls' access to phones and help lines and disrupted public services like police, justice and social services. These disruptions may also be compromising the care and support that survivors need, like clinical management of violence, mental health and psycho-social support. They also fuel impunity for the perpetrators. In ordinary times, the women can approach free counseling and use the online facility for reporting the crime as also approach a neighbour, friend or relative or shelter, identified to go to in case they need to leave the house immediately for safety.

However, as the lockdown and limited movement outside the house appears to be a long-drawn affair, the best recourse for victims of physical abuse is to report the crime and seek help. It is critical, therefore, to prioritise the needs of women through the efforts of the government as well as civil society organisations and other concerted agencies.

In fact, according to activists, there is expected to be an explosive increase in the number of reports of domestic abuse once the lockdown restrictions are eased. It is, therefore, essential to be fully fortified to be able to respond to the increased demand for help.