Biodiversity loss is unprecedented in human history and pressures are intensifying 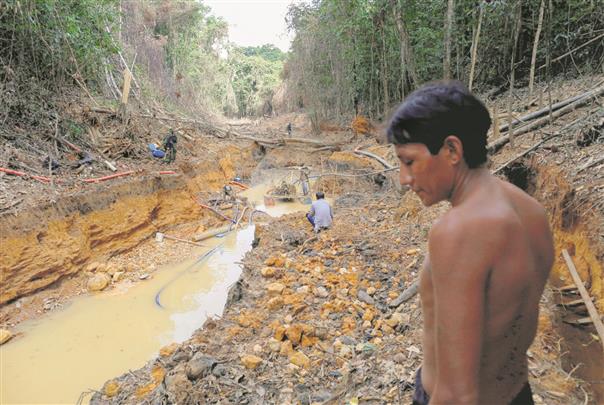 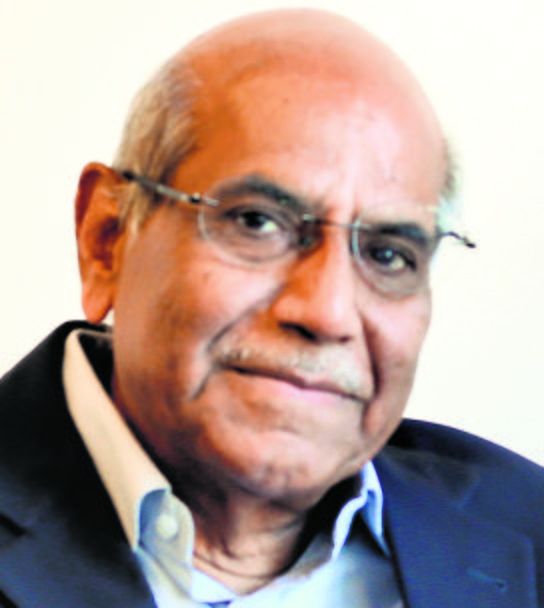 TWO very important reports on the health of our planet’s ecology came out within a week of each other this month. The World Wildlife Fund published its biannual Living Planet Index (LPI). The Inter-governmental Science Policy Platform on Biodiversity and Ecosystem Services (IPBES) has released its Global Biodiversity Outlook (GBO). Both paint an alarming picture of the accelerating rate at which the homo sapiens are destroying the fragile ecology of Earth, endangering all living beings, including themselves. The veritable ‘library of life’ gathered over millennia of evolution is being lost irretrievably and we confront our own inevitable extinction as a species. Over the past year, the danger signs have been relentless and compelling. The forest fires ravaging the Australian landscape, the Californian coast, the rain forests of Brazil and the ancient forests of Siberia are one series of warning signals. The locust swarms that swept across Africa and Asia were another. And the Covid-19 pandemic which is still raging across the world is the most dire warning of all. The UN Secretary General points out that “the Covid-19 pandemic has illustrated the link between our treatment of the living world and the emergence of human diseases.”

It is not that we are unaware of the threat we face from our wilful destruction of the very fabric of life that sustains us. What is lacking is statesmanship and leadership.

All these phenomena are inextricably linked to one another and reflect the central message of both reports — that the rate of biodiversity loss is unprecedented in all of human history and pressures are intensifying. As the GBO states unambiguously, “Earth’s living systems as a whole are being compromised. And the more humanity exploits nature in unsustainable ways and undermines its contributions to people, the more we undermine our own well-being, security and prosperity.” The dangers were already evident over the past several decades and reflected in the conclusion of the International Convention on Biodiversity concluded in 1993. But like the fate of the Rio Convention on Climate Change adopted a year earlier, the assault on nature has only become more destructive, whether it is through loss of natural habitats or global warming from the expanded use of fossil fuels.

The GPO is an authoritative report because it represent a consensus among governmental experts. In their interim report last year, they had warned that one million of the estimated 9 million plants and animals could be pushed over the brink in the next few years by “habitat destruction, pollution, over-exploitation, the spread of invasive species across the globe and increasingly climate change.” The scale of the biodiversity emergency is brought out in stark figures contained in the latest LPI of WWF. It points out that globally, the population of nearly 21,000 species of mammals, fish, birds, reptiles and amphibians had declined by 68% between 1970 and 2016. Some scientists are of the view that we are on the threshold of the 6th mass extinction the planet has witnessed over its entire history and this time it would not be the result of natural catastrophes but the consequence of human activity.

In 2010, the parties to the Biodiversity Convention, including India, had met at Alchi in Japan and adopted 20 specific targets to be achieved during the 2010-20 decade. This 10-year ambitious and comprehensive plan was designed to conserve the world’s biodiversity, promote sustainability and protect ecosystems. The GBO reports that only six of the targets have been partially achieved but that for the rest, things have moved in the reverse direction. Instead of improving, biodiversity loss in the past decade has been declining at an unprecedented rate. This decline is driven by the persistence of unsustainable production and consumption patterns, population growth and technological developments. The most serious challenges are the accumulation of plastic waste in our oceans and the pervasive toxicity that results from the over-use of chemical pesticides and fertilisers. Not only have these challenges remained unaddressed, they are mounting in scale and intensity. Both the GBO and the LPI call for drastic and urgent action to halt and reverse biodiversity loss and restore ecosystem services before the planet reaches a tipping point of irreversible and mutually reinforcing changes. There are eight focus areas identified in the GBO, including land and forests, agriculture, food systems, fisheries and oceans, cities and infrastructure, climate action and an integrated ‘One Health’ global framework. The report somewhat optimistically suggests that “ït is not too late to slow, halt and eventually reverse current trends in the decline in biodiversity.” If the recent sorry experience of the international community dealing with the pandemic is any indication, the outlook for the future remains bleak.

It is not that we are unaware of the extraordinary threat we face from our wilful destruction of the very fabric of life that sustains us. Science tells us what we need to do to prevent an apocalypse and in what time frame. We even have the legal instruments we need to enable a global collaborative response, including the Biodiversity Convention, the Paris Agreement on Climate Change and the Sustainable Development Goals. What is lacking is statesmanship and leadership, a spirit of internationalism and sense of common humanity. We live in a selfish and an increasingly mean world preoccupied with what will eventually become irrelevant contestations among states. Does this not point to a collective blindness and a pervasive death wish which afflict our troubled world? One would have hoped that India with its civilisational embrace of Nature, its celebration of the infinite variety of creation and above all, its awareness of the myriad threads which bind all forms of life together, would have shown the way to a sustainable future. But we, too, are under a powerful spell and will wake up when it may be too late.