Xi Jinping, China’s ‘Chairman of Everything’ : The Tribune India

Xi Jinping, China’s ‘Chairman of Everything’

With his anti-corruption purges, Xi has made a large number of enemies and he can never be sure where and how they would be plotting against him, as they used to against Mao. Therefore, Xi has to be on constant guard to eliminate any opposition. With concentration of power and decision-making in one person, chances of policy mistakes and misjudgements have increased. 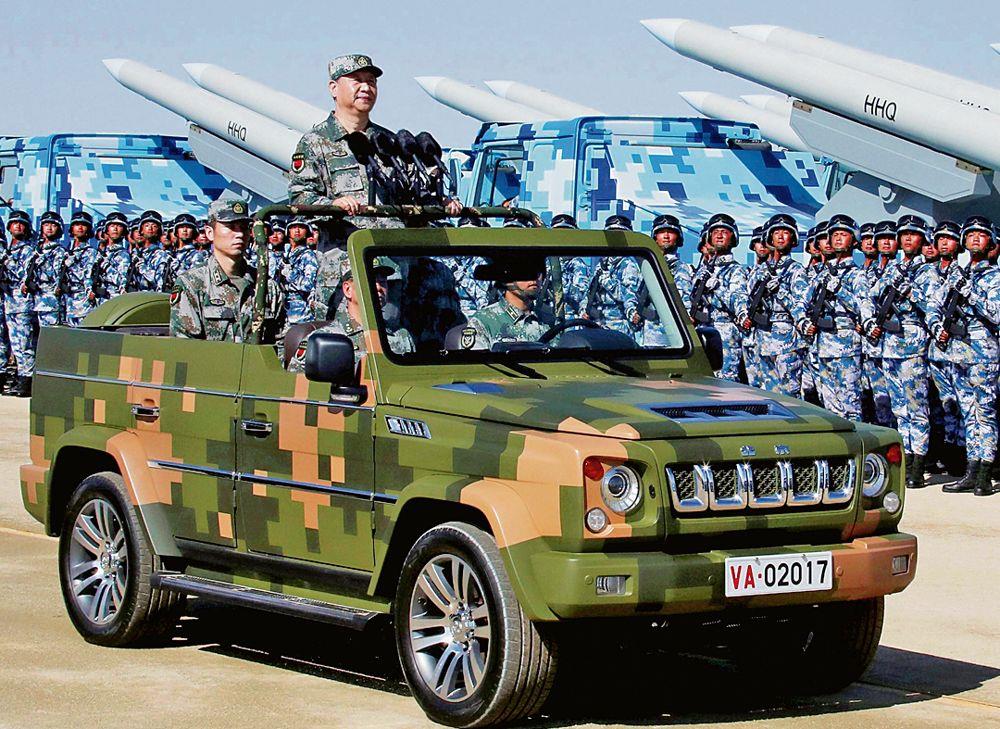 Unbridled power: Defence policymaking was recently transferred from the State Council to the Central Military Commission, led by Xi Jinping.

On December 26, 2020, China's National People’s Congress approved several amendments in its defence law, rubberstamping President Xi Jinping’s proposal of transferring powers for making the national defence policy to the Central Military Commission (led by Xi) from the State Council (like the Cabinet).

Now the ‘gun’ will be commanded by Xi himself instead of the Chinese Communist Party (CCP). Participation of other Politburo members in defence matters, like in former President Hu Jintao’s time, will now be excluded. With his domination of policymaking role in virtually every area from politics, economics, military, diplomacy, internet, environment and other matters, Xi has been dubbed by his critics as the ‘Chairman of Everything’.

Other news trickling in from Beijing — anti-trust actions against industrialist Jack Ma’s Alibaba group, including the cancellation of its biggest IPO due to Ma’s dislike of Xi’s policies and arrest of more than 50 opposition lawmakers and activists in Hong Kong recently for alleged violations of the national security law — suggest a further hardening of the Chairman’s authoritarian posture.

Even earlier, Xi had secured unbridled powers by removing the two-term limit on staying in power, getting himself anointed as the ‘core’ of the CCP and his thoughts enshrined in the party’s constitution, like Mao. Many observers say that under Xi, China has been transformed from a one-party rule to a one-man one.

Despite China’s economy doing so well, why has Xi slowed down the market reforms and aggrandised all powers in him? Why is he so insecure to put millions of Uighurs in ‘concentration camps’ in Xinjiang?

Prof Orville Schell and other Sinologists believe that the CCP remains deeply insecure (and leaders like Mao and Xi more so), as its leaders are aware of the party's "historical liabilities" and many wrongs it has committed against the Chinese people and foreigners. Fang Lizhi, a Chinese astrophysicist, wrote in 1990 that the CCP's aim is to force the Chinese society to ‘forget its true history’. Totalitarian controls are necessary to ensure that the Chinese people don’t know the real face and ‘excesses’ of the party.

For instance, about 60 million Chinese died during the ‘Great Leap Forward’ and the Cultural Revolution in the 1960s and early 1970s as Mao experimented with his grotesque ideas about collectivisation and liquidated his critics. Similarly, thousands died when Deng Xiaoping ordered tanks and troops armed with assault rifles to fire at the pro-democracy demonstrators in the Tiananmen Square in April, 1989.

In Xi Jinping’s anti-corruption campaign since 2012, about 1.5 million from the party, military, public companies and others have been killed, imprisoned or removed from their jobs, without a fair legal process and many for political reasons.

Xi is also more insecure because unlike Mao and Deng, he does not have support at the grassroots among the masses, party cadres or the armed forces and needs institutional props to augment his power. Xi was selected in 2012 for his pliability as a compromise candidate between the Shanghai faction led by Jiang Zemin and the Youth League led by Hu Jintao; party elders and other senior leaders have not liked how Xi has obliterated the reforms and intra-party democracy introduced by Deng Xiaoping and usurped all powers to himself.

With his anti-corruption and other purges, Xi has made a large number of enemies and he can never be sure where and how his enemies would be plotting against him, as they used to against Mao (who survived an assassination attempt). Therefore, Xi has to be on constant guard to eliminate any opposition.

With concentration of power and decision-making in one person, chances of policy mistakes and misjudgements have increased. It was evident in January 2020 when the authorities delayed taking action to contain the spread of Covid-19 due to Xi’s unavailability.

Certain policies being followed by Xi — discontinuation of market reforms, increasing state control of economy and huge expenditures on defence — are at sharp variance with those of his predecessors; they are not liked by many people and will slow down China’s economic growth and hurt the welfare of its people.

Xi’s great power ambition, rapid military build-up and aggressive pursuit of claims on disputed territories has worsened China’s relations with the US, India, Japan, Vietnam, Australia and Taiwan. Though the second biggest economy, China is still a middle-income country with an annual per capita income of less than $11,000. It will need peace, stability and a supportive international environment for further growth.

China is changing, as many people have become rich, empowered and aspirational; many are objecting to the total suppression of dissent, lack of participation and the direction in which country is headed. Xi is making innovative uses of new technologies, such as artificial intelligence and others to firewall China from any adverse information, monitor the conduct of its people and punish them for voicing dissent.

From the dissolution of the Soviet Union, Xi has learnt that political opening is a threat to the continuation of the CCP’s rule. He believes that market reforms are weakening the party’s control on power and its current policies aimed at state control and integration of resources would achieve his ambition of transforming China into a dominant global power in due course.

History indicates that abandoning of collective decision-making and usurping of all power in one person lead to an increase of internal power struggles, as factions would compete for the powers shared earlier among them. Also, political leaders who sought a lifelong rule have caused untold miseries to their own and other people and often met an unsavoury end, leaving poor legacies.

China has become too powerful to be coerced by any external powers for amending its domestic behaviour. Political changes in China like the former Soviet Union would occur domestically and be led by its own people. The CCP would be celebrating its 100 years of history this year; how long Xi and the party would continue in power, if and when it would have its own ‘Gorbachev moment’ and where it would lead China is anyone’s guess.