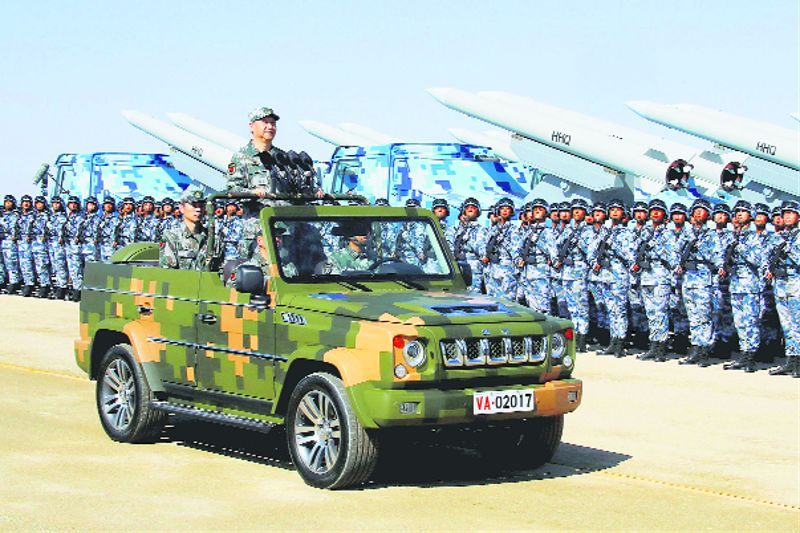 EXPANSION: Chinese settlements have come up in increasing numbers on the India-China border, and also on the China-Nepal and China-Bhutan borders. AP 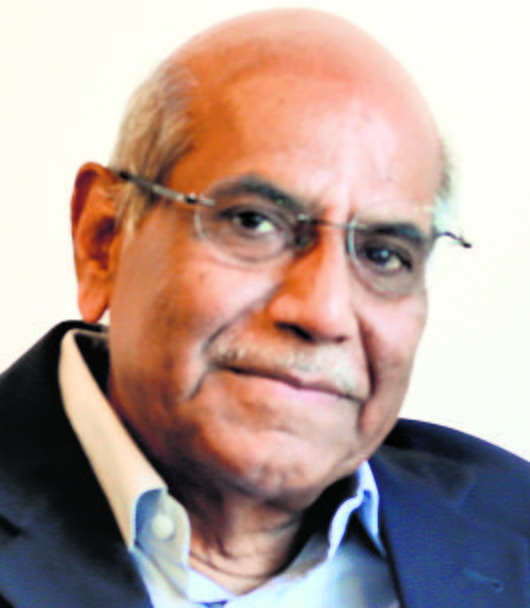 TO understand the significance of Chinese President Xi Jinping’s recent visit to Tibet, one needs to go back to the decisions taken at the Seventh National Forum on Work in Tibet on August 28-29, 2020. There was an important eight-character edict from Xi, which spelt out the key elements of the latest policy line on Tibet — ‘stability, development, ecology and border area consolidation’. The aspect of consolidation assumed significance in view of the clashes between Indian and Chinese troops in eastern Ladakh in May-June 2020. These clashes were preceded by a tense standoff between the troops at Doklam located at the India-Bhutan-China trijunction in 2017. Therefore, the security aspect of managing Tibet has acquired heightened importance for China. At the forum, he placed top priority to the security objective when he said, “We must adhere to the strategic thinking that to govern the nation, we must govern our borders; to govern our borders, we must first stabilise Tibet.”

Now we are witnessing China taking up this settlement project seriously while we have allowed the border on our side to become depopulated with implications for India.

Note the singular importance given to Tibet in ensuring border security. No other border nor borders in general have been mentioned. This is why one must realise the enhanced threat to India’s security in Arunachal Pradesh.

There is a visible acceleration in the pace of infrastructure development in Tibet, particularly near the India-China border in the Arunachal Pradesh sector. Nyingchi, which Xi visited, is currently a major link in the proposed high-speed railway from Lhasa to Chengdu in Sichuan province. It lies only 15 km from the India-China border. The strategic importance of the rail link in moving troops and materials swiftly to the border in the case of an armed conflict should not be underestimated.

Nyingchi is important for another reason. It lies close to the bend in the Brahmaputra at which a gigantic hydropower project is planned. The impact on the flow of water south to India and to Bangladesh is likely to be adverse and there would be severe ecological consequences. Finally, the completion of a new bridge over the Brahmaputra at Nyingchi was also announced during the visit, further improving the highway network criss-crossing the plateau. The upgrade of the transport infrastructure will also support the large-scale construction on account of the massive hydro project.

Another more recent policy involves the setting up of mixed Tibetan and Han settlements in the border areas, through the grant of various incentives and subsidies. Local Tibetan militia are being raised to assist in border defence and special attention is being paid to their ‘patriotic education’. These settlements have not only come up in increasing numbers on the India-China border, but also on the China-Nepal and China-Bhutan borders. While the Indian Government has not acknowledged any Chinese encroachment on the Indian side of the border in Arunachal, there are confirmed reports of the building of new villages across the border with Nepal and Bhutan.

After the 1962 war with China, India had moved quickly to encourage new settlements in the sparsely populated border areas of Arunachal. These were settled by reservists from the Indian Army and local people. The government subsidised the provision of rations, established basic medical and educational facilities and extended other facilities. However, during the first border infrastructure survey that I carried out in the area in 2004, most of these border villages had been abandoned and their inhabitants had moved into the lower hills and plains. Over the years, as the memories of 1962 receded and the border appeared to be largely peaceful, the subsidies were gradually withdrawn. In fact, in some of these villages, more recent migrants from across the border in Tibet had set up their homes. Now we are witnessing China taking up this settlement project seriously while we have allowed the border on our side to become depopulated. This will have serious security implications for India.

China’s Tibet policy is now dominated by the security dimension and this inevitably reflects in its internal policy towards Tibet. Both the forum on Tibet last year and the recent visit by Xi Jinping reflect a renewed determination to obliterate, as much as possible, Tibetan culture and identity, in particular the distinctive and deeply rooted Buddhist faith among its people. Xi has launched a particularly aggressive phase of assimilation. He has directed that ‘Tibetan Buddhism should be guided in adapting to the socialist society and should be developed in the Chinese context.’

This has been interpreted by Chinese cadres as a policy of ‘sinicising’ Tibetan Buddhism by regulating the syllabus for religious education and controlling the recognition of ‘tulkus’ or reincarnations of high lamas. This is clearly a prelude to the naming of the 15th Dalai Lama when the current incumbent has passed away.

There is a more insidious aspect of China’s assimilative policies in Tibet, and this is the open encouragement of marriages between Han Chinese and Tibetans.

One should not ignore the fact that over the years, China has been able to co-opt a number of Tibetans in its assimilation project. These Tibetans have developed personal and professional stakes in upholding and consolidating Chinese rule over Tibet. This co-option has a long history and was already in evidence during the so-called ‘peaceful liberation’ of Tibet in 1951. Those who have benefited from their association with Chinese rule over Tibet are not at all enthusiastic about any reconciliation between the Dalai Lama and the Chinese regime or the possibility of the return of the religious leader to Tibet. The current policy direction on Tibet would suggest that even a feeble prospect of reconciliation, which would suit India best, no longer exists. Therefore, the salience of the Tibet issue in India-China relations has become more direct and explicit. It will further complicate the quest for a new equilibrium in India-China relations.