The Xi regime has no appetite for undertaking deeper market reforms, which some economists have advocated and which could lead to a significant spurt in consumption. It believes that consumption will improve as urbanisation expands, more jobs are created and per capita income rises through the trickle-down effect. 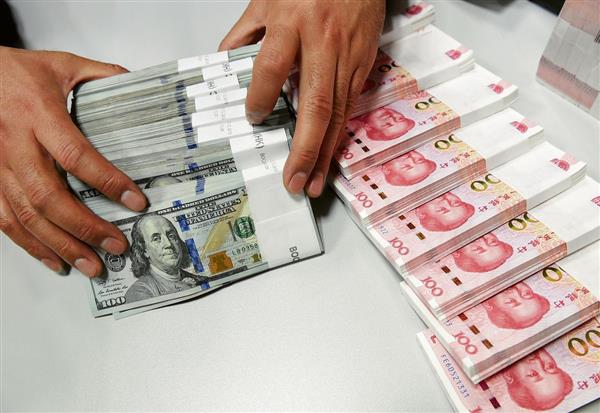 At the end of a Chinese Communist Party’s (CCP) Politburo meeting in July-end, President Xi Jinping announced a ‘dual circulation’ strategy in which China would lean more on domestic consumption besides foreign trade to seek economic growth; the background was China’s escalating confrontation with the US and other countries and a sharp contraction in the global economy.

China had adopted the idea of ‘grand international circulation’ in the early 1990s by which it would pursue export-oriented growth, like the other East Asian countries. However, the contribution of exports, which in 2010 reached almost one-third of its GDP, has now halved and future prospects are gloomy. The economies of China’s major export partners such as the US, the UK, Germany, France, Japan, South Korea, Singapore and India are facing recession as they fight the Covid-19 pandemic. Also, China’s unfair trade and aggressive policies have impelled many countries to diversify their supply chains and reduce dependence on China.

While the per capita income increased from $156 in 1978 to nearly $10,000 annually in 2018, about 43 per cent of the people (600 million) according to Chinese Premier Li Keqiang, have an annual income of only $1,680 (about Rs 10,000 per month); the top 10 per cent people in communist China own about 75 per cent of the wealth, spawning huge inequalities. A recent survey by a Chinese job website zhaopin.com says that about 35 per cent white-collar workers were in heavy debt in 2019 against 22 per cent in 2018; about 28 per cent reported a pay rise of less than five per cent in 2019 while another 40 per cent did not receive any pay rise or had their pay cut. Going forward, about 60 per cent offered a negative view of their job prospects.

Recently, a study by a Chinese company, Zhongtai Securities, indicated that the situation has further deteriorated with the number of unemployed, including migrant workers, reaching about 20.5 per cent (about 70 million unemployed), though the government figures limit them to 5-6 per cent. Another 7-8 million graduates have entered the market, seeking jobs after finishing their graduation.

With little savings, the middle and lower classes have been hit hard by the high level of debt for payment of mortgage, rentals, education and even living expenses. The state has imposed high taxes — income tax ranging up to 45 per cent and a VAT of 17 per cent. China’s GDP growth of 3.2 per cent (official claim) in the second quarter of 2020 was led by government investments in infrastructure and industries, with consumption contributing little.

According to Prof Zhang Jun, Dean, School of Economics at Fudan University, and other economists, increasing consumption substantially will require multiple reforms at the policy level — market allocation of resources, opening up of the heavily protected sectors like transport, health, education, telecom, finance, insurance, setting up of new institutions like independent regulators, credible judicial system, a strong competition policy, a creative education system, besides lowering of taxes. More foreign investments in these sectors will lead to a restructuring of the inefficient domestic companies through mergers, acquisitions and sell-offs and better utilisation of resources.

While the Xi Jinping regime recognises the urgency of mitigating the high level of unemployment by creating a large number of jobs, it does not want the private sector to assume a gargantuan size, which may threaten the control of the CCP. Xi is mindful of the experience of the 2000-2012 period, when rapid economic growth led to a high level of corruption across the Chinese society, the faith of the people in the CCP started to dwindle and people started craving for a liberal polity, like the Singapore model.

In accordance with this broad approach, the Chinese government has unveiled a stimulus package of about $500 billion to finance new infrastructure projects, support industries, including the state-owned enterprises (SOEs), asking banks to provide them easier loans, particularly to small and medium industries to create jobs. Some steps have been taken for a nominal reduction in income tax and VAT, softer credit to households, an improvement in medical insurance and pension payments. Cosmetic measures have been introduced to augment retail sales, such as converting old sport stadiums and factories into shopping malls and entertainment centres, giving a facelift to pedestrian streets and improving e-commerce.

However, the Xi regime has no appetite for undertaking deeper market reforms, which some local and foreign economists have advocated and which could lead to a significant spurt in consumption. It believes that consumption will improve as urbanisation expands, more jobs are created and per capita income rises through the trickle-down effect. It does not want to loosen its control of the economy or diminish the role of SOEs as it considers them vital for making China a global and strategically important power with a leading role in telecom, railways, new energy vehicles, aerospace, maritime engineering and other emerging technologies.

Given the domestic and international criticism about his handling of the Covid-19 pandemic and burgeoning rivalry with the US, Xi is not inclined to do anything which may rock China’s political or social stability and his continuation in power. In view of these priorities, there is no likelihood of any major change in China’s state-controlled economy. The past policy of superficial tinkering will continue to drive domestic consumption in the near future. It will severely tell on the quality of China’s economic growth, as consumption is a sustainable measure with an inclusive impact on incomes whereas government investments in many cases are fuelling debt-led inefficient growth.