Xi pulls out all stops to seek another term : The Tribune India

Xi pulls out all stops to seek another term

Xi’s remarks reflect his confidence that he will be ‘re-elected’ at the Party Congress for another term. Rumours circulating in Beijing suggest he may possibly be conferred the new designation of Chairman. This would elevate him to the level of Mao Zedong and make him pre-eminent in the CCP. It would imply the end of decision-making by consensus among equals in the Politburo Standing Committee. 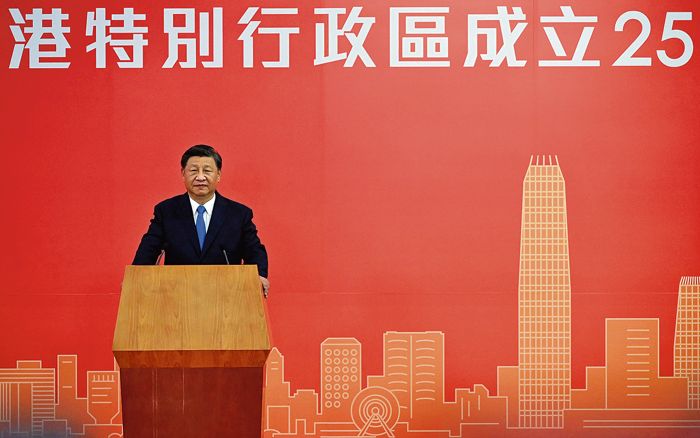 Asserting authority: China’s President Xi Jinping is trying to get re-elected for a third term. AP 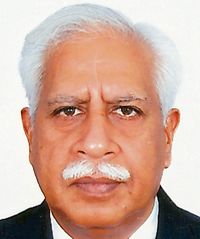 As China prepares for the 20th Congress of the Chinese Communist Party (CCP) in late October this year, clear signals emanating from Beijing strongly suggest that Chinese President Xi Jinping is confident of a third, and possibly longer tenure.

The clearest indicator is the Politburo meeting that Xi Jinping chaired on July 28 when he asked its members to be ready for “historic” changes. There are other strong indicators, like for example, Party Secretaries of provinces and senior party cadres crediting Xi’s thought on governance, economy etc for the successes and minister-level personnel appointments being effected prior to the Beidaihe meeting and the Party Congress.

On July 26-27, Xi gathered the most senior party and state officials for a two-day ‘study session’ to discuss the upcoming 20th Party Congress. Those attending included Politburo members, ministers, military and provincial leaders. China’s authoritative Xinhua news agency reported that Xi asked them “to prepare to make history”. He said, “The upcoming 20th Party Congress is a very important conference held at a critical moment in the new journey of fully building a modern socialist country.” He simultaneously bolstered his Communist credentials by saying, “The Thought on Socialism with Chinese Characteristics for a New Era has been formed, achieving a new leap in the Sinicization of Marxism.” The meeting also endorsed Xi’s zero-Covid policy and warned against any slackening.

Party cadres throughout the country promptly began studying Xi Jinping’s speech at the Politburo study session, which received extensive official Chinese media coverage. Xi’s remarks reflect his confidence that he will be ‘re-elected’ at the Party Congress for another term. Rumours circulating in Beijing suggest he may possibly be conferred the new designation of Chairman. This would elevate him to the level of Mao Zedong and make him pre-eminent in the CCP. It would imply the end of decision-making by consensus among equals in the Politburo Standing Committee.

The Chief Justice of the Supreme People’s Procuratorate, Zhou Qiang, held a party group study session on July 29 specifically to discuss Xi’s speech to provincial cadres and welcome the 20th Party Congress. He described Xi’s speech as a “political proclamation” to promote the rejuvenation of the Chinese nation.

Earlier on July 7, Qu Qingshan, head of the Institute of Party History and Literature of the CCP Central Committee, wrote a 10,000-character exposition in the ‘Discipline and Supervision Daily’ on July 7 on “Understanding and Grasping the ‘Two Establishes’ from the Future Dimension”. It focused on the geopolitical environment and Xi’s diagnosis of the challenges and opportunities arising from the great changes underway, and the strategy he has set to navigate the complex environment and achieve the great rejuvenation. Qu Qingshan was emphatic that “Xi Jinping’s thought and leadership will be needed for the foreseeable future”. It is significant that the article was published in the official newspaper of the party’s anti-corruption arm, the Central Discipline Inspection Commission (CDIC) and the National Supervisory Commission (NSC). While it avoided words like “leader” and “helmsman”, it shores up Xi’s credentials and position before the 20th Party Congress.

In addition, a large number of party secretaries and senior party cadres have publicly expressed their fealty to Xi Jinping. It is unlikely they would risk their careers by backing the wrong candidate. Their work reports to the respective provincial congresses contain numerous laudatory references to Xi. An example is the case of Li Qiang, Politburo member, Party Secretary of Shanghai and a close associate of Xi. There has been speculation that consequent to the public outcry in Shanghai against enforcement of the zero-Covid policy, Li Qiang might no longer be considered for elevation to the Politburo Standing Committee. However, Li Qiang’s report to the 12th Shanghai Party Congress on June 25, which includes 23 references to Xi, indicates he still aspires for a position in the Politburo Standing Committee.

Unconfirmed reports circulating in Beijing claim that cadres of China’s military industry might get increased representation in the next Central Committee (CC) and Politburo. There are an estimated eight such cadres in the 19th CCP CC. Ma Xingrui, a member of the 19th CCP CC was recently appointed Party Secretary of the Xinjiang-Uyghur Autonomous Region — usually a Politburo position. Jin Zhuanglong, who served as Deputy General Manager of China Aerospace Science and Technology Corporation and other State-owned Enterprises in the crucial military industry, is now in charge of the Ministry of Industry and Information Technology. Lei Peifan, Chairman of China Shipbuilding Corporation, has succeeded Jin Zhuanglong as the Executive Deputy Director of the Office of the Central Military-Civilian Integration Development Committee, which is also a minister-level position.

Xi, however, appears to be leaving nothing to chance. A video recently released by the Institute of Artificial Intelligence at Hefei Comprehensive National Science Center claims its Smart Political Education Bar uses artificial intelligence (AI) to read facial expressions and brain waves to “discern the level of acceptance for ideological and political education.” It said Communist Party members can be assessed in the levels of “determination to be grateful to the party, listen to the party and follow the party”. Articles and a video linking to the new AI programme were swiftly removed on July 3 shortly after they were published on Chinese social media.

The deleted article said: “The level of acceptance of ideological and political education of the individual party member can be evaluated” and that this new innovation will “quantify thought education” and create “new avenues for party building”. The tool will likely be used by the Central Party Committees while ‘approving’ the delegates to the 20th Congress selected by the Provincial Party Congresses.