At the CEWC, it was felt that new challenges had arisen as US President Biden had not only continued the policies of his predecessors but also taken a harder line with his allies towards China. Chinese leaders appeared nervous about the slowing of economic growth in 2022 as Xi is expected to seek an unprecedented third term as President. They advised him that priority should shift to maintaining growth and stability so that the economy could convey a picture of strength. 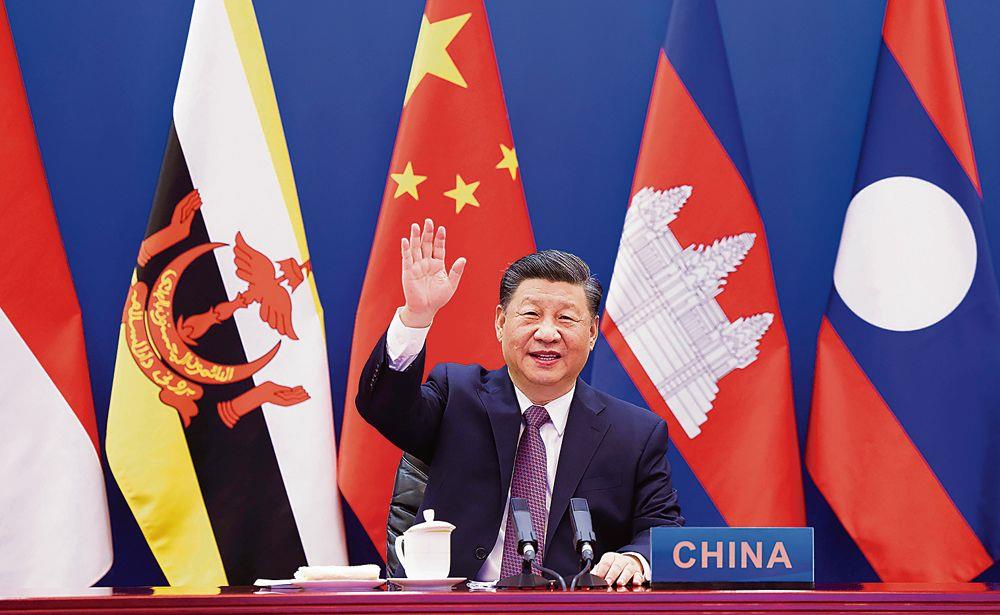 Continuity: By maintaining economic growth, Xi is trying to consolidate his power. AP

China’s Central Economic Work Conference (CEWC), held at Beijing from December 8 to 10, 2021, decided that all stakeholders should work actively to maintain stability in the macro-economy in view of new challenges as the country holds the Winter Olympics from February 4 to 20, 2022, and the 20th Congress of the Communist Party of China (CPC) later this year. What made the economic planners to rethink the policy direction was the sharp dip in China’s GDP growth rate from 18.3% in Quarter 1 of 2021 to 7.9% in Q2, 4.9% in Q3 and 4% in Q4.

Structural changes ordered by President Xi Jinping such as reducing loans to the real estate sector, lower emission targets resulting in power cuts and the zero tolerance to Covid-19 had played an important role in decelerating the economic growth. Xi is personally involved in directing the real estate policies as he considers the unchecked growth of this sector as posing a threat to China’s economic stability.

New measures undertaken by the Xi regime included severe restrictions on giving bank loans, allow hugely indebted developers to default to rein in large unproductive expenditure and announcement of a property tax on a trial basis in certain provinces to discourage the purchase of multiple properties to curb speculation. Given that the real estate sector accounts for 29% of the Chinese economy, these measures, according to some economists, may reduce China’s GDP growth by about 0.5% in 2022 and thereafter. These restrictions have strained the local government’s finances, as selling land is an important source of revenue. Several local governments slashed the salaries of their staff, weakening the consumption.

In the last two years, China has undertaken several measures to reduce its greenhouse emissions, including controlling of its coal-fired power plants to meet its targets of peaking carbon dioxide emissions by 2030, lower the carbon dioxide emissions per unit of GDP by over 65% (from 2005 level) by 2030, increase the share of non-fossil fuels and forest stock. Decrease in power generation by coal-fired plants and rationing since September 2021 disrupted industrial production in many provinces as several industries were forced to cut production and reduce jobs. Recurrent outbreaks of Covid in some areas and China’s zero tolerance approach again forced several businesses to close and confined about 20 million people at home. The working of several companies in technology, education and gaming sectors was adversely impacted due to the regulatory actions, resulting in lower earnings and loss of jobs.

At the CEWC, it was felt that new external challenges had arisen as President Biden had not only continued the policies of his predecessor but also taken a harder line with his allies towards China. The Comprehensive Investment Agreement with the EU had remained frozen and China’s relations with Australia and Japan had deteriorated. These countries had become more vociferous in criticism of China’s human rights record and applied a number of sanctions against the Chinese companies and individuals for investments and exports. Several Chinese leaders appeared nervous about the slowing of economic growth in 2022 as Xi is expected to seek an unprecedented third term as President. They advised him that priority should shift to maintaining growth and stability so that the Chinese economy could convey a picture of strength.

Amid deterioration in China’s external environment, the conference identified securing supplies of primary products such as food, soybean, minerals and energy as a priority to prepare for the post-Covid world. “The Chinese people’s rice bowl must be firmly held in their own hands at all times,” Xi emphasised. He underlined the need to establish a strategic materials reserve to secure minimum needs at critical moments and work on a comprehensive conservation strategy. Other four priorities agreed were “common prosperity, capital regulation, defusing major financial risks and carbon neutrality. Concerns were expressed at the high level of unemployment among the migrants, the youth and possible outflow of foreign exchange as the US dollar strengthened following rise in the interest rates.

In view of these reasons, it was agreed that the government would have to give bigger policy support to the economy. China’s central bank had also conveyed dovish signals, cutting the reserve requirement ratio to the banks in a departure from central banks in the developed countries. Though the policymakers remained committed to structural reforms, it was agreed to slow down the regulatory crackdown and provide targeted support to SMEs, first time homebuyers, more funding for technology innovation and green investments.

Chinese leaders are worried that external demand may not sustain as other major economies come out of Covid and start exporting this year. Consumption in China has not moved beyond 55% of the GDP (54.3% in 2020) in recent years due to the saving habits of the Chinese people for expenditure on health, education and old age. The government is, therefore, forced time and again to resort to big investments to drive up the growth rates.

It is now trying to increase investments in research and innovation (its R&D expenditure reached 2.4% of GDP in 2020), adoption of intelligent technologies and digital economy. While these technologies will yield efficiencies and mitigate to some extent the adverse impact of declining workforce, these will not lessen the latter’s adverse impact on lowering consumption. China will, therefore, be forced to accept sub-5% economic growth in the coming years as it rebalances its economy away from non-productive expenditures and starts experiencing the negative effects of population decline.