Relevant to India is the attention being paid by Xi Jinping to the PLA Western Theatre Command. Massive infrastructure projects have been sanctioned to upgrade the WTC’s military capabilities. The WTC was operationally responsible for the intrusions in Ladakh in April 2020 that activated the entire LAC. 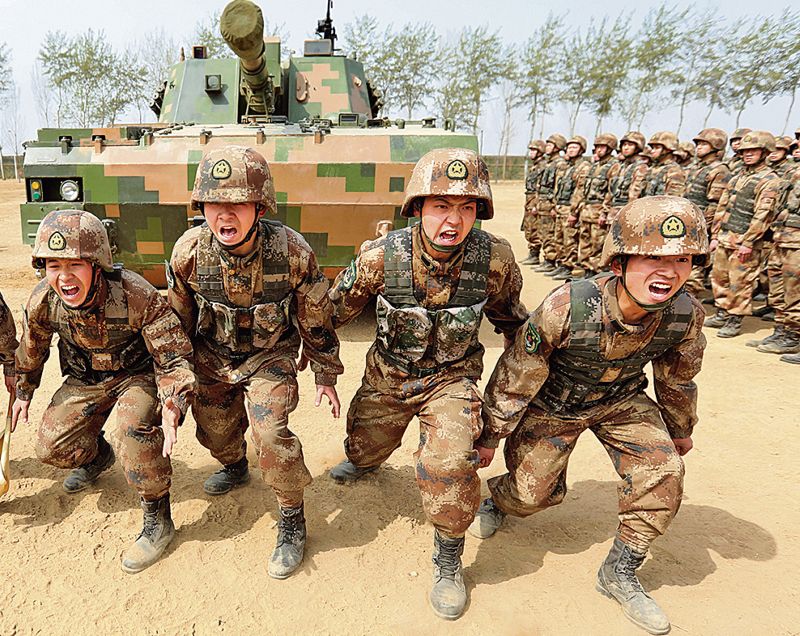 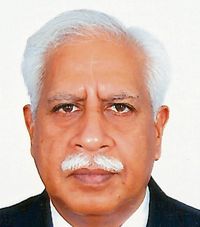 As the sword arm of the Chinese Communist Party (CCP), the People’s Liberation Army (PLA) has enjoyed the pre-eminent status since the founding of the People’s Republic of China. However, as new leaders without links to the PLA began taking over, the CCP leadership began placing restraints on the PLA’s political clout in order to maintain the CCP’s supremacy. The PLA membership in the CCP’s Politburo was gradually reduced to two.

Acutely conscious of the fate of the Communist Party of the Soviet Union (CPSU), Chinese President Xi Jinping is particularly concerned that the army remains “an army of the party” and to ensure this, he mandated a series of consecutive year-long education campaigns to instil the CCP’s ideology and correct political orientation among the soldiers. A book released last week, titled “Xi Jinping Thought on Strengthening the Army Q&A”, has now indelibly affixed his imprimatur on the PLA. It has been distributed throughout the army as “important” reading for officers, soldiers, cadres and the masses.

Xi’s grip on the PLA is near absolute. At an “enlarged” meeting of the Central Military Commission (CMC) within two days of taking over China’s top three posts, including Chairman of the CMC in November 2012, Xi announced that the political reliability and loyalty would trump all other considerations and be the sole determining criterion for promotions in the PLA. Other steps were taken to ensure the PLA’s “absolute obedience” to the CCP and CMC Chairman. The CCP’s anti-graft outfit, the Central Discipline Inspection Commission (CDIC), weeded out corrupt officers and those of doubtful loyalty and by September 2017 had dismissed over 4,885 officers, including 150 Generals. Each General in the PLA today has been appointed by Xi, who has also donned the operational role of the Commander-in-Chief.

With the PLA maintaining the number of delegates to the upcoming 20th Party Congress at 304, despite its downsizing by 3,00,000 personnel, it appears that the PLA’s representation in the new 20th CCP Central Committee (CC) will probably stay at 37 full members and 22 alternate members as in the outgoing 19th CCP CC. Its representation in the Politburo is similarly unlikely to be reduced. The PLA’s presence in the Party Congress would give Xi added leverage in the CCP CC.

Relevant to India is the attention being paid by Xi to the PLA Western Theatre Command (WTC). The largest of China’s five theatre commands, it exercises operational jurisdiction over China’s borders with Afghanistan, Pakistan, India, Nepal and Myanmar. Its tasks include protection of Chinese personnel and assets deployed on the China-Pakistan Economic Corridor (CPEC). The Western Theatre Command was operationally responsible for the intrusions in the Ladakh region in April 2020 that activated the entire 4,057-km Line of Actual Control (LAC).

In this backdrop of continuing tension and deployment of 60,000-70,000 troops each by India and China in the high-altitude eastern Ladakh, what is interesting is that the number of delegates representing the PLA WTC at the 20th Party Congress is nearly double than that of the other four theatre commands. The WTC has selected 30 delegates for the 20th Party Congress. There are other signs of the leadership’s attention to the WTC.

The Chinese President visited Lhasa on July 23, 2021, Chengdu on July 9, 2022, and Urumqi on July 15, 2022, where he met WTC officers. The WTC receives advanced military hardware and latest jet aircraft ahead of all other theatre commands, except the Eastern Theatre Command.

Massive infrastructure projects sanctioned by the 14th Five-Year Plan are scheduled for completion by 2030-35. These will upgrade the WTC’s military capabilities and include new railways, a new highway and 30 additional airfields in the Tibet Autonomous Region (TAR) and its surrounding areas.

Coincidentally, the timeline matches that in the article published in June 2013 by Hong Kong-based Wen Wei Po, projecting China’s war with India for the “reconquest of the southern Tibet” between 2035 and 2040.

Furthermore, there is little sign of abatement of the considerable widespread discontent inside China, further inflamed by the “zero Covid” policy and unending lockdowns.

A PLA Daily editorial had earlier warned that the United States could “use the tense domestic situation in China to fan the social upheaval and provoke social conflict.”

“Colour revolutions” is a serious worry for the Chinese leadership. Significant for China’s neighbours and India is the fresh warning issued just weeks before the 20th Party Congress via a commentator’s article, which conveys the views of the CCP CC.

This commentator’s article in the People’s Daily last week stated that the world has become increasingly turbulent and more prone to change. In an unusually candid admission, it said the “country’s security situation has become increasingly unstable and uncertain.” It disclosed the CCP leadership’s concern at the increasingly “prominent issues” related to maritime disputes and the “increased likelihood of chaos on our doorstep”, thus making the task of “defending the country’s political security and social stability more formidable.”

The latest warning clearly implies that Xi is facing a difficult period and will be on the edge. The CCP cadres, public security apparatus and the PLA, including the WTC, are certainly on high alert. In case the situation doesn’t improve, or deteriorates, and the CCP’s authority and legitimacy are perceived as beginning to erode, Xi will be tempted to divert attention and resort to military actions abroad. The developments in Ukraine will be a factor in his calculations. In this backdrop, any expectation, prompted by disingenuous Chinese media comments or the disengagement at Gogra-Hot Springs, that Xi will change his attitude or policy towards India is unfounded and premature.