The term ‘common prosperity’ has evoked doubts. Ordinary Chinese would have welcomed Xi Jinping’s announcement, but CCP cadres, private entrepreneurs and academics fear harking back to Mao’s days. Leading Chinese economists have warned that the new regulatory measures are not conducive to economic development. 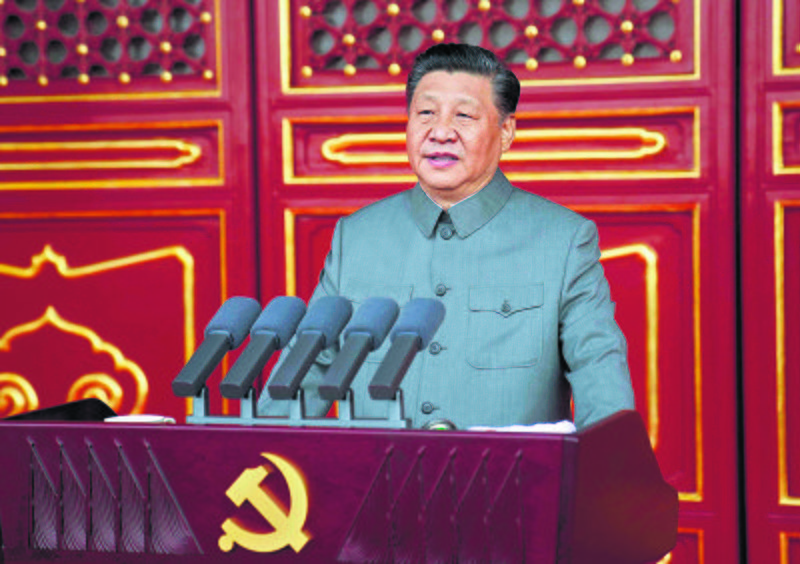 Agenda: Xi Jinping is keen to reinforce his position prior to the 20th Party Congress scheduled for late next year. AP 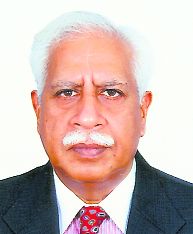 SINCE Chinese President Xi Jinping mentioned “common prosperity” in a speech on August 17, it has become a buzzword in the People’s Republic of China. Jinping would have had in mind the resentment against China’s private billionaire entrepreneurs, steadily widening income disparities and growing urban-rural income divide, all of which could potentially undermine the legitimacy of the Chinese Communist Party (CCP). It would also be part of Xi Jinping’s effort to reinforce his position prior to the 20th Party Congress scheduled for late next year. It has, however, generated adverse reactions.

Forbes disclosed last month that mainland China has 626 dollar-billionaires, the second-highest number in the world, and that in 2020, the wealthiest 1 per cent of Chinese held 30.6 per cent of the country’s wealth! Official Chinese statistics reveal that China’s Gini coefficient (a measure of inequality that ranges from 0 to 1) reached 0.47. Accentuated by the rising cost of living, unemployment and the 9 am to 9 pm six days-a-week work culture, the inequalities have triggered the social phenomenon of tang ping, or “lying flat”, among China’s graduate youth, who say they are giving up as striving is futile since better opportunities are out of reach. CCP officials are concerned about the phenomenon’s deleterious effects on society, on the country’s labour force and manufacturing capacity, and additional strain on the already burdened state exchequer.

The term “common prosperity” has evoked doubts and fear. Ordinary Chinese would have welcomed Xi Jinping’s announcement, but the CCP cadre, private entrepreneurs and academics fear harking back to Mao’s days.

Leading Chinese economists like People’s University Vice-President Liu Yuanchun have warned that the new regulatory measures are not conducive to economic development. Zhang Weiying, Economics Professor at Peking University, bluntly remarked that the slogan “common prosperity” indicates loss of faith in the market and “introducing more and more market interventions, will only lead China towards common poverty.” Former adviser to the People’s Bank of China Li Daokui was equally critical. He told Nikkei Asia (September 29), “We must be vigilant against common prosperity becoming a great leap forward or something that blights development.” The ongoing crackdown against prominent Chinese billionaire private entrepreneurs has not helped.

‘Ultra-Leftists’ and others, including Jinping’s supporters like Hu Xijin, the nationalist Editor-in-Chief of Global Times, have joined the debate around “common prosperity”. Li Guangman, a former Editor-in-Chief of the Central China Electric Power News, which was closed in 2013, posted articles on WeChat on August 28 and October 9, lauding “common prosperity”. Indicating apparent official approval, these were quickly reprinted by China’s leading official media. He asserted that a “profound transformation” was underway in China and “it’s changing our society, thoughts, concepts and lives and it will not be stopped by the will of some people or groups with vested interests.”

On September 19, Cai Fang, a former Vice-President and professor at the Chinese Academy of Social Sciences, explained that “common prosperity” is not a new concept and is compatible with reform policies. He argued it had appeared in documents geared towards building “a socialist market economy” during Deng Xiaoping and Xi Jinping’s tenures. Pointing to the widening income inequality and rising Gini coefficient, he asserted that “common prosperity” comes at the right time. It would push the low-income group to the middle-income group and build a welfare society by 2020 and a modern socialist country by 2049.

The vigorous debate within the CCP too has begun to impact policy. Wanting to reduce speculation and make life easier for middle-class families, Jinping had backed the proposal for a national property tax, saying “Housing is for living, not for speculation”. Sensitive to popular criticism, however, China’s National People’s Congress Standing Committee (NPCSC) authorised the State Council on October 23 to carry out property tax pilots in selected regions for at least five years and Politburo Standing Committee member and Vice-Premier Han Zheng scaled back plans for the pilots from 30 to just10 cities.

Vice-Premier Liu He, among Xi Jinping’s closest confidants and the principal economic adviser, also sought to assure China’s private sector. At a conference on September 6, he said “China’s policy of supporting the development of private economy remains unchanged. There is no change now, and there will be no change in the future.”

Xi Jinping, too, sought to allay concerns and explain it is not to bring about “common poverty”. The CCP’s leading theoretical journal Qiu Shi (October 15) published an article by Xi Jinping titled ‘Solidly promoting common prosperity’, where he stressed that poverty is not socialism and that common prosperity and coordinated regional development have received greater attention since the 18th Party Congress in 2012.

Noting the existence of urban-rural and income inequalities, he declared “common prosperity is the essential requirement of socialism and an important feature of Chinese-style modernisation”. He said it was the goal for the middle of this century!

Intended to consolidate his position in the runup to the 20th Party Congress, Xi Jinping’s remarks on “common prosperity” have, instead, stoked fears of a return to the days of the Cultural Revolution. It has provoked an inner-party debate, which has spilled over into China’s official media. Xi Jinping still appears to have a firm grip on the CCP, but the debates confirm that sections of the party are discontented, thereby introducing a degree of political uncertainty until the Party Congress.