Powerful national apparatus a potent instrument to strengthen his position 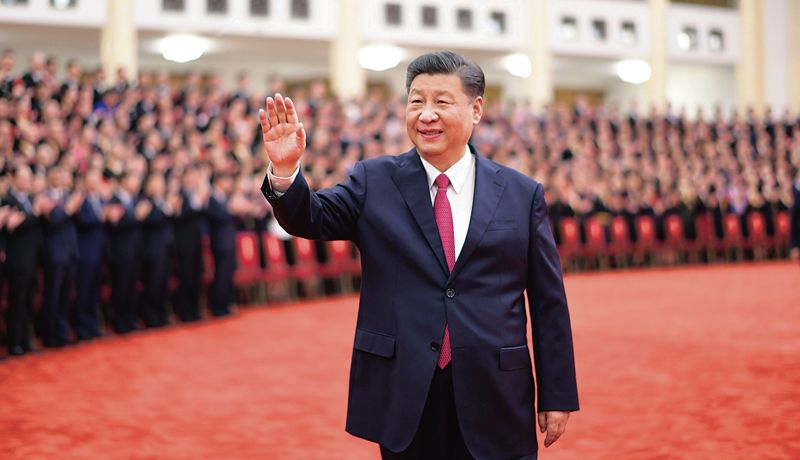 Inner circle: All three close associates of Xi have a security background. Reuters 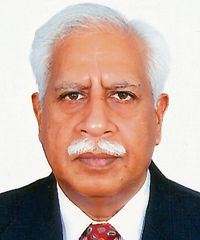 Chinese President Xi Jinping has paid close attention to China’s powerful security apparatus over the past year. Its reach into every county and province to the far corners of China make it an indispensable and potent instrument for Xi as he makes his bid for a third term at China’s helm at the upcoming 20th Party Congress in 2022. A number of other factors have contributed to its importance for Xi. These include: the inordinate concentration of power in Xi’s hands and decision to bid for a third term in office, ignoring the discomfort among party cadres; unease and simmering dissatisfaction caused by inchoate reasons, including the palpably slowing economy, rising unemployment, widening urban and rural income disparities; and the ‘threat’ of efforts by the US to ‘topple’ the Chinese Communist Party (CCP). These make it imperative that the security apparatus stays unquestioningly loyal to Xi.

With the intensive cleansing of China’s security apparatus now entering its final stage, Xi Jinping has turned his attention to ensuring its loyalty.

With the intensive purge, or cleansing, of China’s security apparatus — called ‘the knife handle’ by party cadres — now entering its final stage, Xi has turned his attention to ensuring its loyalty. Guo Shengkun, chairman of the CCP’s apex Political and Legal Affairs Committee that supervises the entire security apparatus, in a lengthy article published by the CCP’s official newspaper People’s Daily on December 13, announced: ‘The education and rectification of the national political and legal teams has been carried out in a solid manner, a large number of stubborn diseases have been resolved, a number of black sheep have been eliminated, the political loyalty of the political and legal teams have been continuously strengthened, and the enthusiasm of executives and entrepreneurs has been effectively stimulated.’

The choice of Wang Xiaohong to head the powerful MPS is undoubtedly deliberate. Hong Kong’s Sing Tao Daily said Wang Xiaohong made his political loyalties clear at the MPS Party Committee meeting on November 21, when he emphasised that ‘purging Sun Lijun and other people’s poisonous influence should be given more prominence, and for resolutely eliminating political hidden dangers.’ The months leading up to the 20th Party Congress scheduled for late next year are crucial for Xi, particularly as Chinese leaders have not continued in office for more than two terms after Mao.

Wang Xiaohong has a long and close association with Xi and is counted among his closest friends. He began his career in Fujian and was Xi’s subordinate during the latter’s entire term in Fujian. Xi brought him to Beijing and promoted him as director of public security of Beijing in March 2015. Evidence of Xi’s trust was not only his appointment as police chief of Beijing — a job entrusted only to a person of the CCP CC general secretary’s confidence — but the concurrent appointments as deputy mayor of Beijing, party secretary of the Beijing Municipal Public Security Bureau, and director of the Public Security Bureau. He was appointed vice-minister of public security in May 2016. A source reportedly disclosed: ‘I have heard Wang served as a ban lang (the best man or head groomsman) at Xi Jinping’s private wedding with Peng Liyuan, attended by only close relatives. They are so close to each other.’

Once appointed MPS minister, 64-year-old Wang Xiaohong, who is a member of the 19th CCP CC, can expect to be promoted to state councillor or politburo member. Given their exceptionally close ties, it is possible that after the 20th Party Congress, Xi promotes Wang Xiaohong to the politburo to head the all-powerful Central Political and Legal Affairs Committee. The secretary of the committee, who is also a member of the politburo, is at the apex of China’s security apparatus. The committee supervises the MPS, Ministry of State Security (MoSS), Ministry of Supervision, Judiciary and Procuratorate. With incumbent MPS minister Zhao Kezhi and secretary of the legal affairs committee Guo Shengkun scheduled to retire at the same time, Wang Xiaohong is well positioned for elevation as secretary of the committee.

There are, however, two other strong contenders. Chen Yixin (62), long regarded a rapidly rising cadre, was brought to Beijing by Xi, and later in 2018, appointed secretary general of the committee. He initiated the ‘rectification’ of the entire security apparatus in April 2020, calling it ‘a self-restoration with the blade inward and bone scraping to cure the poison’. Chen Yixin is an alternate member of the 19th CCP CC and a year younger than Wang Xiaohong. With age on his side, Chen Yixin could wait till 2027 for elevation to the politburo.

The third candidate for elevation as secretary of the committee is Chen Wenqing, a ‘Red Descendent’, member of the 19th CCP CC and younger than Wang Xiaohong and Chen Yixin. He was named deputy director of the Central State Security Office, part of the new Central State Security Commission set up by Xi to tighten party oversight of the security apparatus, in May 2018.

All three close associates of Xi have a security background. Wang Xiaohong, though, seems to have an edge.