By stifling debate and dissent, Xi has made China’s system rigid and fear-ridden. Xi’s centralisation of power and controls on information flows has slowed decision-making, as was evident in the handling of the Covid-19 outbreak in January, when the authorities wasted a full fortnight in getting Xi’s approval before imposing the quarantine on Wuhan. 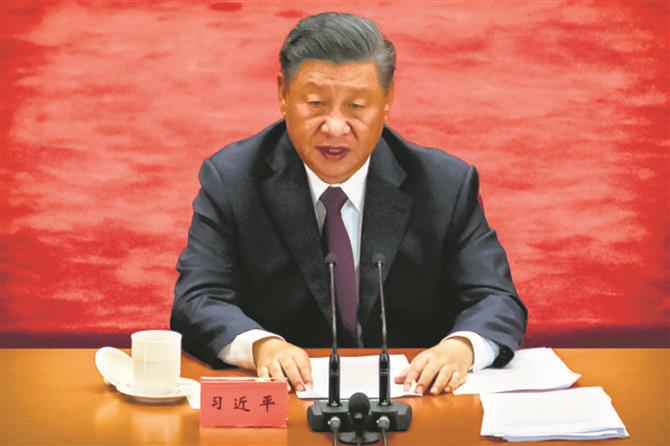 DICTATORIAL: Xi has abolished the two-term limit for President with NPC nod. 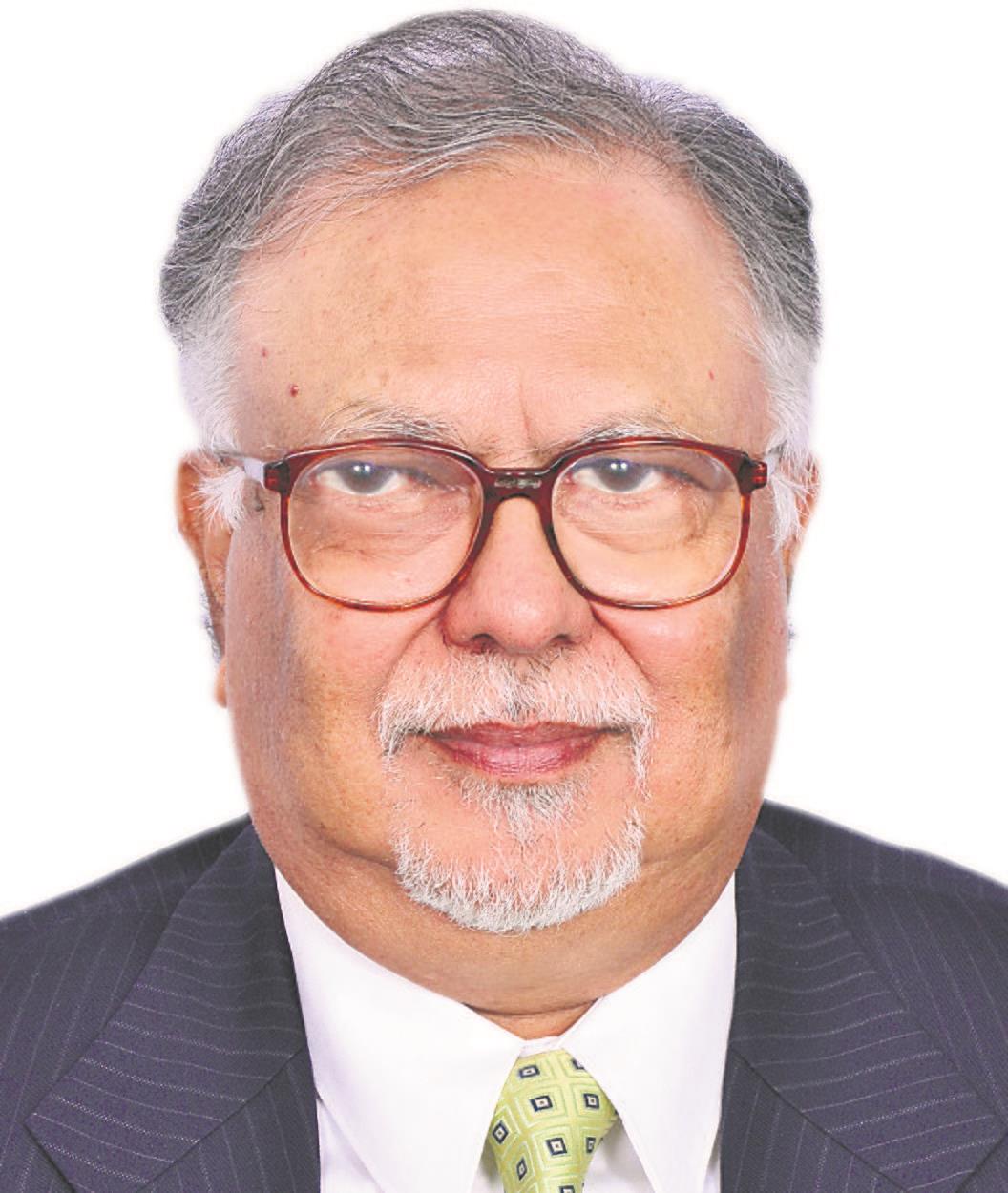 PROF Susan Shirk, an American Sinologist, recently observed that after Mao Zedong died in 1976, senior leader Deng Xiaoping “deliberately crafted a system to prevent the rise of another dictator as Mao had put China at risk through irrational schemes.” Deng felt that over-concentration of power had given birth to an arbitrary rule by individuals. In 1982, he introduced the two consecutive term limit of five years each for China’s presidency — there are no term limits for heads of the party and military — and divested considerable authority from the Chinese Communist Party (CCP) to government organs.

This system of leadership worked well for 23 years. Jiang Zemin, who was picked up by Deng in 1989 as General Secretary, served two terms as President from 1993 to 2003. After him, Hu Jintao served for 10 years and then retired as President in 2013. China witnessed a huge economic growth in those years, its rise was peaceful and it did not become a threat to global peace, as now.

After years of a collective leadership, Xi broke the system by not appointing a successor-in-training at the 19th party congress in October, 2017 and then abolishing the two-term limit for President, with the approval of the National People’s Congress (NPC) in March 2018. Why and how Xi carried out this fundamental change is a matter of considerable interest.

Dr Elizabeth Economy, another respected Sinologist in the US, recently stated: “Xi felt that China, at the time of his ascension, was at an inflection point, having achieved double-digit growth for more than two decades and global admiration for its achievements.”

Yet, the country had weakened due to widespread corruption, growth of inequalities and weakening of the party. It had little to show in innovation and its military was relatively backward. “In the eyes of Xi, nothing less than dramatic revolutionary change could save the party and the state and propel China forward to realise its full potential as a great power.”

Xi believes that the greatest threat to China comes from liberal political ideas, domestic turmoil and internal dissensions at the top as happened in case of the Soviet Communist Party. To thwart any potential misadventures, Xi has secured all levers of power in the party, including control of the military and police, and has got himself anointed as the ‘core’ of the CCP and his thoughts included in the party’s constitution, an honour accorded to no one since Mao.

Xi has taken a number of steps to eliminate corruption, demolish patronage networks of rival CCP leaders and purge dissenting elements. He has instilled fear among the minorities by despatching millions into ‘concentration camps’ in Xinjiang, punished errant intellectuals, journalists and private business people and banned discussion on sensitive subjects.

At the 19th party congress (October, 2017), Xi announced his dream of national rejuvenation to restore China to a great power status by 2049 — the centenary of the founding of the People’s Republic of China. In the military realm, he proposed that China’s army would complete modernisation by 2035 and evolve into a world-class army by 2050.

Xi was able to push nine of the 15 new politburo members (total strength 25) who were family friends and former colleagues; Xi loyalists dominate the Central Committee and the military. Xi’s thinking is now driving China’s policies rather than the country’s collective institutions and technocrats; Premier Li Keqiang has been marginalised and Xi is able to get his decisions endorsed by the Politburo Standing Committee.

At a 2013 summit meeting with US President Obama, he suggested to him “to divide the world into two spheres of influence, with China overseeing Asia in exchange for not challenging USA's dominance elsewhere.”

In November 2014, Xi summoned China’s foreign policy and military elite to Beijing and told them that it was time now for China “to embrace big country diplomacy.”

The following month, he told his colleagues in the politburo that he planned “to make China’s voice heard” in the international fora.

Xi has turned China into a vast surveillance state where everyone has to conform to his dictates; the space for discussions and dissent has been obliterated. Xi’s resort to state-controlled economy to entrench the control of the CCP and investment-led (government) growth of superfluous infrastructure, industries and real estate, in certain cases, is fuelling inefficient growth.

China is nowhere close to Xi’s promise of achieving a “moderately well-off society” by 2021, with about 600 million poor people earning about Rs 10,000 per month, as per Premier Le Keqiang.

By stifling debate and dissent, Xi has made China’s system rigid and fear-ridden. Xi’s centralisation of power and controls on information flows has greatly slowed decision-making, as was evident in the handling of the Covid-19 outbreak in January, when the health authorities wasted a full fortnight in getting Xi’s approval before imposing the draconian quarantine on Wuhan; millions of Chinese, meanwhile, left Wuhan for holidays, making the infection global.

The decline in US credibility and influence, weakening of internal constraints and China’s success in controlling the Covid-19 (while the rest of the world is still fighting it) have encouraged Xi to become adventurous and take aggressive manoeuvres against Hong Kong, Taiwan, Japan, the Philippines, Vietnam and India, vitiating global peace and stability.

These measures, according to several China watchers, are mainly aimed at bolstering Xi’s image, deflect attention from his early mishandling of the pandemic and achieve spectacular gains before the party congress in 2022 to get his third term without any difficulty. The antipathy that Xi has generated is persuading many countries to augment their defence capabilities and come together to push back China.

History suggests that dissension-ridden revolutionary China can create considerable internal disorder (Mao’s Cultural Revolution) and behave aggressively outside its borders (e.g. China’s attack on India in 1962). Therefore, India will have to be extremely cautious as another revolutionary leader tries, yet another time, to grab large swathes of Indian territory in Ladakh and other parts of the country.