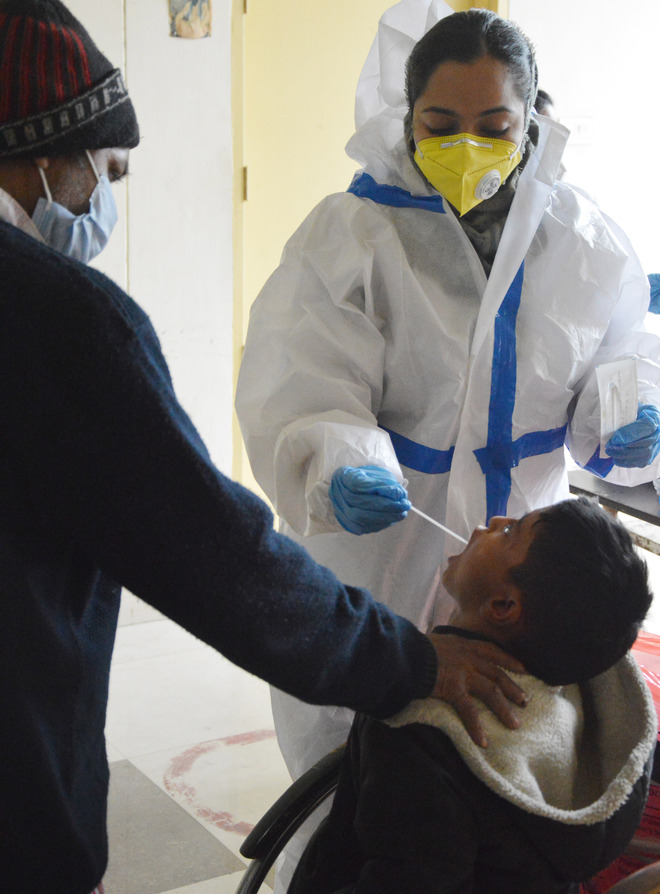 A boy gives his sample for Covid testing. TRIBUNE PHOTO

No death was reported for the third consecutive day, while 41 persons tested positive for Covid in the district today.

The total positive cases in the district now are 25,012, while 969 persons have lost their lives so far. Till date, 55,332 persons have been kept under home quarantine in the district and at present, the number of such persons is 932. Today, 37 persons were sent for home quarantine.

The third sero survey is being held in the district. Samples were collected for three days, starting Wednesday and the process finished on Friday. The samples of health care workers are also being collected in the survey. A team of the Indian Council of Medical Research (ICMR) collected the samples to find herd immunity.

Meanwhile, in the second sero survey, the presence of antibodies to fight Covid in the urban population was found to be more compared to the rural population.

The survey was conducted from November 17-20. While 90 per cent urban population showed the presence of antibodies, in rural areas, antibodies were present in just 17-50 per cent people.